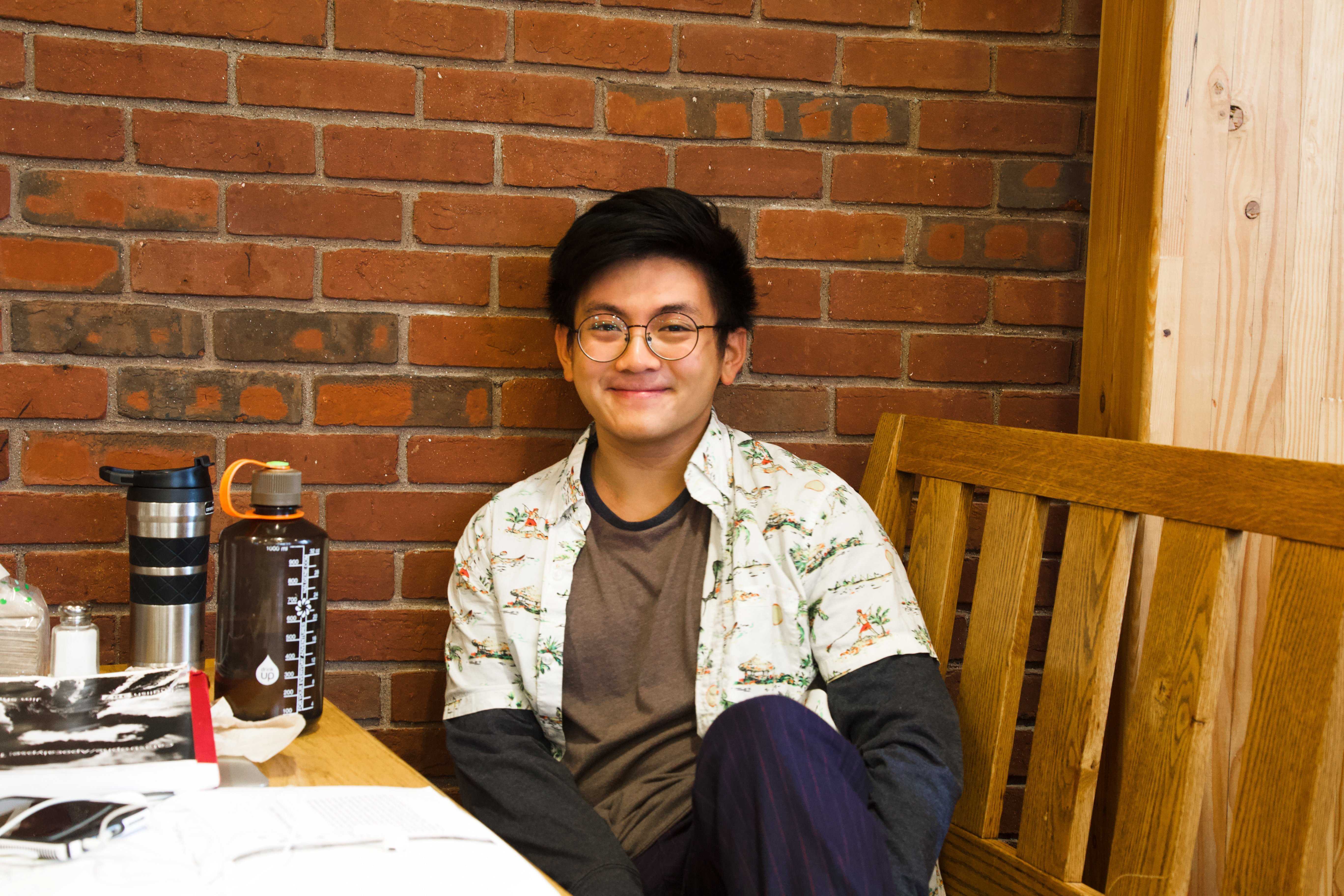 I first met Minh during Windows on Williams my senior year of high school. At the time, he taught me what “lit” meant, a term that was still in its nascent stages in 2015. Little did I know that we would end up being homies! I got a chance to sit down with him over snack bar and hear a bit more about his crazy concert experiences, varied music interests and more.

Minh! Could you tell me a little bit about where you’re from?

What are your thoughts on the New York public transportation system?

It’s nice to be able to take a bus or a train when you need to. Sometimes it’s a tricky game to play. You just have to make sure that if you’re on the bus you don’t miss your stop. I like to think that I’ve mastered the art of sleeping on the bus. But, sometimes you wake up, and you [realize] you’ve missed your stop and the driver says he’s going back to the bus yard. Then you tell them, “Mister bus driver, can you take me home?” And he’s like, “Bro, are you serious?” Eventually he lets you go.

This is real life.

Can you tell me about your high school experience?

I went to Regis which is this all-boys Catholic school. It was interesting. I met some of my best friends there, some of whom are still with me today at Williams. Shout out to Jason [Adulley ’19], Breidy [Cueto ’19] and Joey [Boncardo ’19]. [Laughs.] Anyway, I feel like Regis was kind of the antithesis of Williams. Coming here was the first time I ever had friends who were not Catholic. It was also the first time going back to school with girls. You don’t think it’s a big deal, then there are certain points where you’re like, “Wow, I’m really here,” and those are strange, jarring moments.

I know that you’re a member of Sankofa – how’d you get into that?

My brother was on a step team in high school. I’d see him do this crazy thing and I was like, “Yo, what is this? This is cool, and I wanna do it.” I decided to give it a shot when I came here. The day of tryouts, I’m sitting in Sushi Thai like 30 minutes before, and I get a notification from my phone about tryouts. I decided to go and strolled over in these boat shoes and tight shorts, [in which] I couldn’t move at all. I was there and did the thing and they were like, “Oh, we like you,” and that was that. I love the people and they’re a big part of me.

What kind of music do you like to listen to?

I listen to a whole lot of everything. My phone has got everything blasting from Paul Simon to Kanye. You know this song by YNW Melly? It’s called, “Murder on My Mind.” It’s only on Soundcloud right now, but to me, it’s the ultimate hustler’s anthem. One of my closest friends, who I’m not going to name right now, listens to it every morning when they wake up, and I decided I need some of that sauce in my life. I need that secret.

What animal do you feel personally connected with?

So a lot of people will tell me that I remind them of a panda, but I feel like that comes off as racist, so I like to think that I’m connected to Uncle Iroh from “The Last Airbender.” I feel like I just aspire to that level of peace and serenity. And I try to carry that with me in life wherever I go. Not an animal, but Iroh is a beast, so I guess that counts.

Yeah, so I was granted a fellowship by the College with the purpose of understanding the Vietnam War from the Vietnamese perspective. Whenever I would watch movies or read about the Vietnam War in America, it was all about how American people [felt] and it has this kind of voyeuristic view of Vietnam. Vietnamese people are always presented collectively, as people with no emotions, or a group of suffering villagers or soldiers out to get you, but they’re never individualized. So I went for six weeks, traveled up and down and got to talk with people. It was interesting to see how they view their own history. It seemed like they didn’t really care about the war that much, which is really interesting, because America defines Vietnam by the war. Part of my project was to add more color to that country than just the Vietnam War, because it is a beautiful country, a super important country and it’s my country. I wanted to find a way to understand my country in a way that’s separate from the war, that’s separate from the conflict.

Can you tell me about how you learned to flip an egg?

So my dad’s a chef, and when I was five years old he tells me to crack an egg into a pan. I crack the egg in, it’s cooking and then he told me to flip it. And he’s like, “You just do it like this,” and he just does it, and I was like, “Oh, that’s really helpful, Dad.” So I grab it but it doesn’t move; it just sticks to the pan. He tells me that every time you cook, you have to cook with conviction. He says you always have to go all in. He takes it again and just forcefully flips it with no hesitation. Boom. Whoosh. He’s like, “Now you try it.” I’m like, “Alright.” No hesitation, all conviction, whoosh – and it works.

So now do you flip eggs for everybody?

Yeah, it’s actually a party trick that I do. I always have a pan at a party [laughs].

Look at you crackin’ jokes!

Ever since I was young, I’ve wanted to make people laugh. I feel like laughter is just such a healthy thing that people need to do and especially communal laughter is such a nice bonding activity. For me, to aid in creating a space for laughter for anybody in any way I can is one of the most important things. It’s a part of why we’re here, you know what I mean? We’re here to get to know each other, but in order to get to know each other, we also have to laugh together.

What are some of the best concerts you’ve been to?

One was when I saw Tyler the Creator for the first time. I’m in this large tent, and it’s packed to the brim. You know that feeling when you’re trying to breathe, but you can just feel that there’s no oxygen in the room? Think like Hoxsey but people are stacked on top of each other. The first song he played was “Where This Flower Blooms,” and when that song dropped, you could just see the whole swarm of people just bop up and down. Everybody knew every single word; it was the craziest crowd I had ever witnessed. People were passing out left and right. If Tyler the Creator was surprised at how hyped the crowd was, that says a lot. I think the most disappointing concert I’d ever been to was Kanye. I was waiting in line for hours; I had stood in the exact same spot from 1:00 p.m. to 9:00 p.m. because it was already that packed. Kanye shows up at 9:40 p.m., 40 minutes late to his own set. He performs for 40 minutes, and then he gets a call that Kim is getting held at gunpoint in Paris, so he just leaves. I had spent eight and a half hours waiting for this man to perform, and then he dipped. Then there was the most confusing and sad mass exodus I’d ever seen. Then there was this time where I was at a Wiki show a few years ago, and that was the first and only time I stage-dove and crowd-surfed. Wiki wasn’t performing for a hot second, and I was so close to the stage. So I’m up on the stage and security is about to grab me, so I just jump into the crowd. I had no idea what this was gonna be like, but I’m surfing, and then I stop surfing, and then I took a hit. But it was worth it.

Is there a song you recommend people to check out?

You can’t have too much Frank Ocean in your life. I am amazed that there are people who are not obsessed with Frank Ocean. That’s what I’d have to end with.