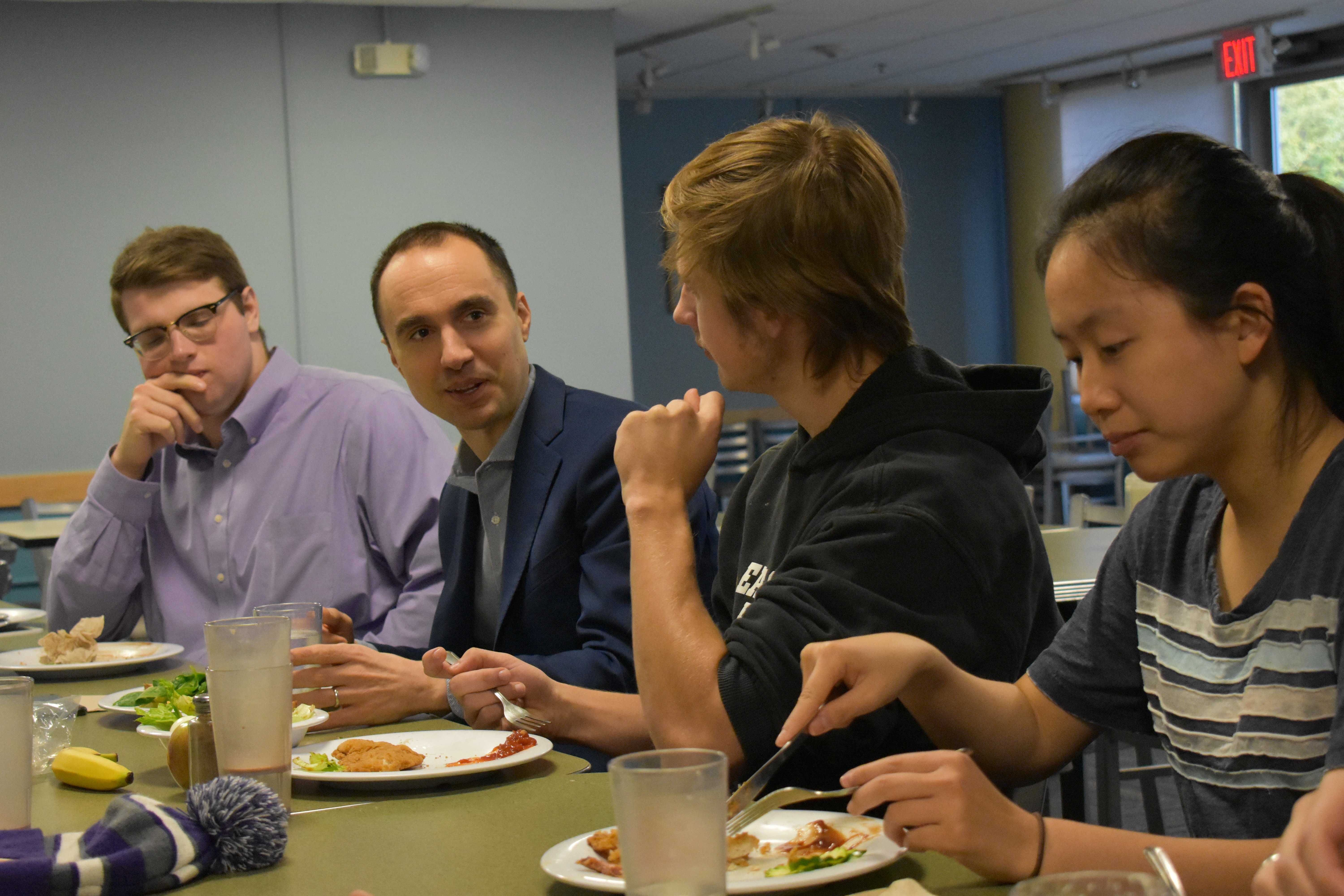 Sharply dressed with an intense gaze to match, Vice President of Data Strategy at Showtime Networks Inc. Josh McNutt ’99 spoke during Professor of Mathematics Steven Miller’s “Probability” class this past Friday, detailing his winding path that led him to where he is now.

McNutt entered the College in 1995 as a prospective computer science (CS) major. He grew up learning basic programming; by high school, he had built both a simulation game of the Gulf War and a program that tracked the stats of National Football League (NFL) players to determine team strengths and weaknesses. It was only when learning about Java in his first CS class that he started to struggle. It didn’t help that “the computer lab in Bronfman basement was really hot,” he said, somewhat jokingly.

It was then that McNutt discovered a passion for economics and decided to major in that instead. A defining moment that shifted his path to data science was his final paper for “Labor Economics,” entitled “AstroTurf Compensation Wage Differentials in the NFL.” He found that because of the greater potential risks of injury when playing on AstroTurf instead of grass, NFL players who played on AstroTurf received higher wages as compensation, something a similar study would find 11 years later. “This was occurring spring of senior year… [so] I didn’t have that much motivation in all of my classes, but for this class I was so into it,” he said. “I was working so hard and was utilizing all of my intellectual capabilities… It just didn’t feel like work.”

McNutt’s classes instilled in him a desire to constantly improve and strive for intellectual growth, something reflected by the repeated changes in his career. McNutt went from being a consultant for a year at Oliver Wyman to studying at Carnegie Mellon for his master’s degree in statistics. From there, he maintained network security for the government at the Carnegie Mellon Software Engineering Institute and then landed a position in consumer real estate for Bank of America in Charlotte, N.C.

McNutt eventually took a job at a league office for the National Basketball Association (NBA) in New York, N.Y., where he helped manage, among other things, ticket and merchandise sales for eight years. He created the first NBA 360 league customer analytics database from scratch. “You learn by having to work around [the lack of technology] and build up your skill set because of facing that obstacle,” he said. Possibly his biggest accomplishment there was the creation of a fan information consumption ordinal, which predicted the probability that a customer would purchase a ticket over the next year, helping teams improve their marketing efficiency.

But as the lone scientist there, he was slowly falling behind in the field. “You have to constantly be on top of it, to keep learning,” he said. So he started learning Python, a programming language, on his own and eventually left to be part of a larger team.

After two years as a data scientist for a hedge fund, where he built models to keep track of “alternative data” such as credit card transactions or satellite photos, McNutt decided that he was ready to build his own team. Luckily, Showtime, the cable network, had been looking for someone to spearhead the creation of a data science team.

Hiring was a difficult and intense process, but McNutt felt ready to tackle it. “I went from building software to building a team,” he said. “It was everything I’ve done before, but on steroids.” The team has grown to three members, McNutt included.

The team organizes the raw data stored in the Amazon Cloud into a master views table, something McNutt describes as “a time machine of sorts.” It contains billions of data points gathered over the past few years that reflect everything that viewers have done, from what they watch to when they watched it, and allows the team to build models to predict what viewers would likely do, including if they would renew their subscription.

His job does not end there, however. “Predicting behavior is the easy part,” he said. To increase revenue, Showtime has to change viewer behavior as well. But with the data gathered by McNutt’s team, it is easier for the network to do so effectively. And the team is constantly learning and improving their code for extracting data. “So much of the value is the ability to take raw data and make it usable,” McNutt said. “You’re getting paid to keep learning.”