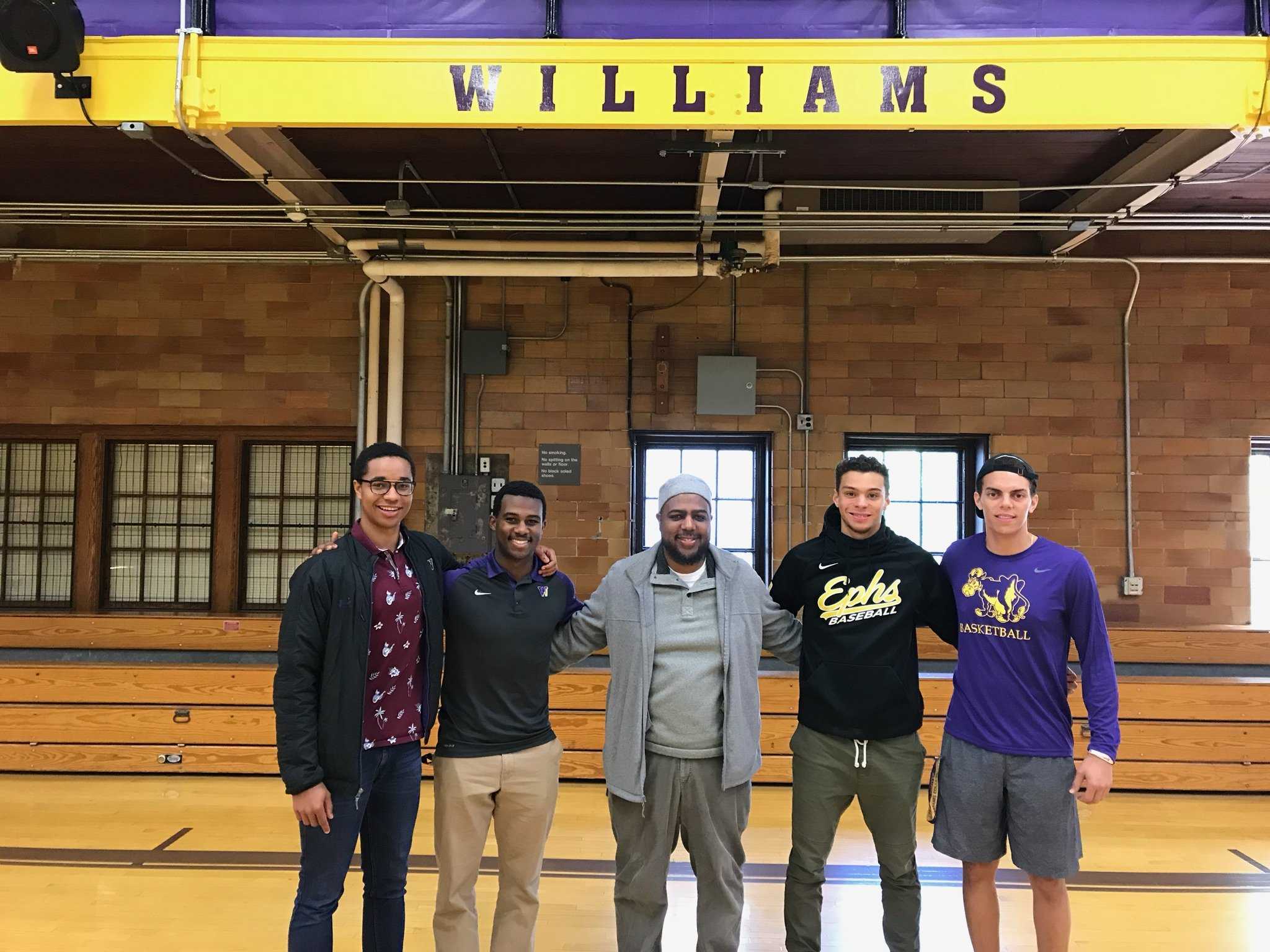 The founders of the Gaius C. Bolin chapter of SAAC hope to create an inclusive community for student-athletes of color at the College. Photo courtesy of SACC.

At a small college in the Purple Valley, it’s easy to feel alone and without a home base. Being a student of color can make the feeling of isolation even worse. With this issue in mind, four student-athletes – Vince Brookins ’20, Julius Dodson ’21, Jaelon Moaney ’19 and Nehemiah Wilson ’21 – recently founded the Gaius C. Bolin Chapter of the Student-Athlete Advisory Committee (SAAC), a space for athletes of color to meet each other and work towards solutions to issues they have experienced as a group.

The new chapter has its own function within SAAC, which more broadly works to get student-athletes involved in the College community and to dispel negative stereotypes about student-athletes. The new chapter works specifically to help athletes of color, who often, according to Moaney, a member of the football team, “get the short end of the stick.”

The chapter is named after the first black graduate of the College, a football player and future lawyer who was chosen by his classmates to speak at his commencement. Gaius C. Bolin, class of 1889, was a man of tremendous talent, yet he was forced to live off-campus due to his race and had to deal with the daily challenge of being the only black face in a student body that was all white, all male and generally quite wealthy.

Athletes at the College today have a different experience than Bolin did, but their experiences are perhaps not as different as they could be. Brookins, a member of the basketball team, noted that while the schools in the New England Small College Athletic Conference (NESCAC) have become more diverse in recent years, the diversity of their athletes does not match the overall makeups of their schools. All four founders of the chapter have experienced some degree of struggle with being black on predominantly white teams. The chapter will try to bring athletes of color together to make them feel less isolated.

The new chapter was inspired by similar groups that support student-athletes of color at other NESCAC schools, but this chapter is unique in that it’s more formalized. We are the first NESCAC school to have [our] own official constitution,” Moaney explained. “We are leading the way in terms of establishing an arm of institutional leverage previously unprecedented for student-athletes of color. We’re starting this wave and coordinating with our peers at other NESCAC schools to build momentum.”

The founders see the new chapter as being in line with the goal of advancing the status of students of color in general. They chose to focus on athletes because of the unique challenges that athletes face, and because focusing on athletes can have an impact on the general student body. “Sports are visible and obvious and very quantifiable and public,” Dodson, who plays for the squash team, said. “Being a black athlete is very valuable.”

Wilson, a member of the baseball team, recalls being particularly impressed by a visit to another liberal arts college where he got to meet with a group of black athletes. “It felt like a black community,” he commented.

For now, the founders are focused on increasing membership and generating publicity, but there are no limits on what the chapter’s future impact could be. Wilson suggested that the chapter could eventually fight for changes in the recruitment process. The other founders agree that it’s important to revamp the recruiting process, which generally favors white students with connections to coaches and resources that many minority students don’t have. An integral mission of their work is to create more equitable pathways to success and social capital for people of color. “NESCAC schools can pretty much use athletics as another way to recruit legacy students,” Dodson explained. “All of a sudden, it’s not another legacy kid – it’s just an athlete.”

Wilson added that athletes of color are at a significant disadvantage in a recruiting process that is heavily dependent on knowing the right people. “Sometimes it’s very insular,” he said. “If you don’t know someone, you’re not going to make it.”

The founders of the Bolin Chapter aim to add new members, establish a social media presence, connect with similar programs at other schools and ensure the longevity of the chapter.

If all goes well, the impact will be felt for a long time. Brookins stressed the goal of helping future Williams students in addition to current ones: “[The goal is to ensure] that if I come back at my 10-year anniversary, there’s [still] going to be a Gaius C. Bolin chapter of the SAAC.”