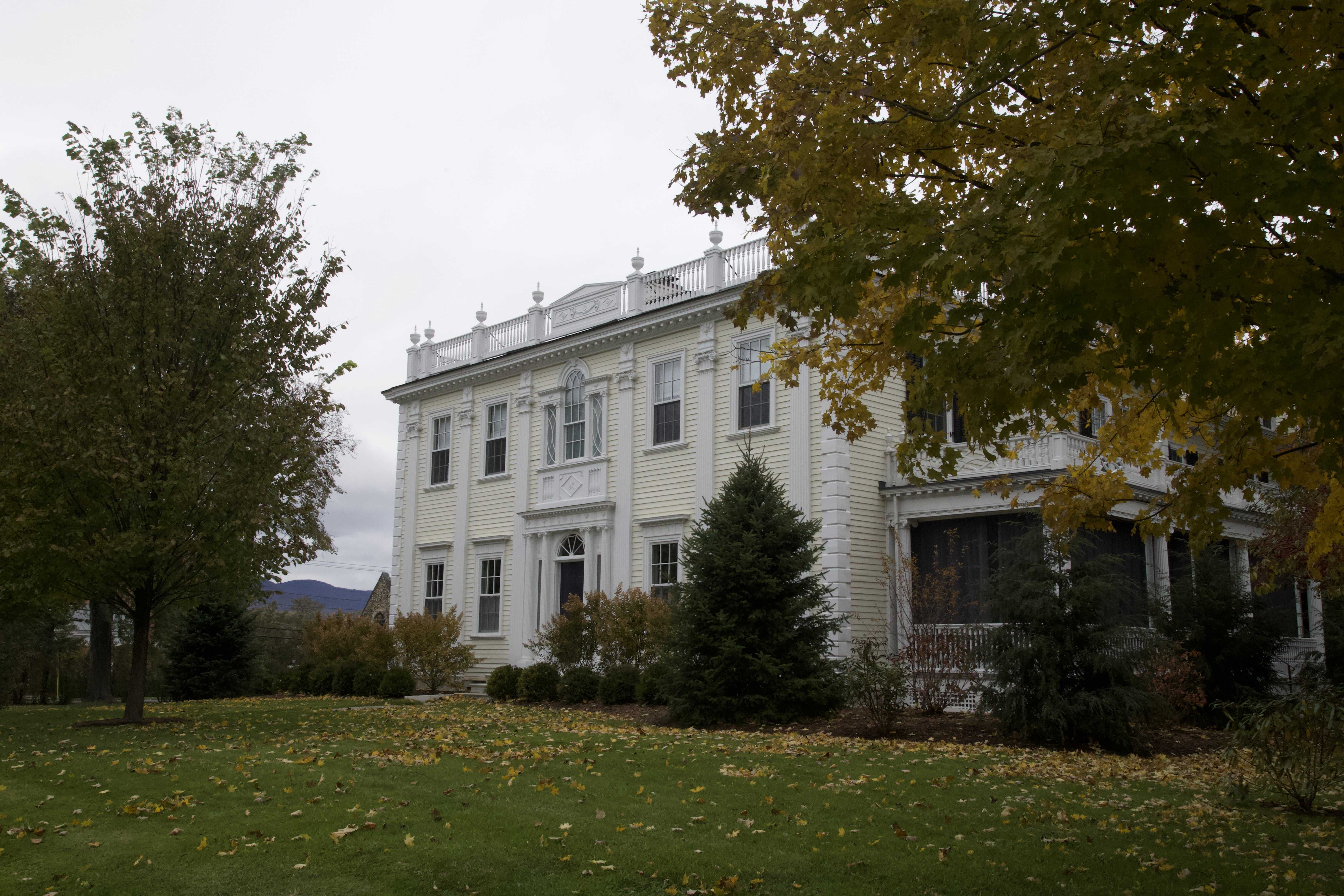 Tonight, students are invited to President Mandel’s house, where she will be handing out Halloween candy. Katie Brule/Photo Editor

It was 11:30 a.m. when President of the College Maud Mandel sent an email to the student body on Monday, Oct. 22. Mixed in with notifications from Glow and Career Center reminders, the message could have easily been overlooked had it not been for the subject line: “Come to the President’s House for Halloween treats.”

For most students, the invite was a welcome surprise: a promise from the President of free sugar and an opportunity to dress up on a festive night dedicated to such things. While costumes are optional, Mandel’s email reminded the campus that “at the president’s house, good taste never goes out of style.”

But Mandel is not the first president to open her home to trick-or-treaters. Halloween at the President’s House is a decades-old tradition. John Chandler, who served as the College’s president from 1973 to 1985, recalls spending Halloween night with his daughter, Jennifer Chandler, greeting visitors at the door. College students “rang the doorbell and hauled away huge amounts of Halloween candy [and] cookies,” Chandler said in an email interview.

The Chandler family themselves would receive a treat during Halloween; for several years, a mysterious band of students would secretly decorate their front yard with pumpkins and other festive ornaments. It was only years later that Chandler found out who was behind it, when the leader, affectionately dubbed the “Great Pumpkin,” revealed herself as Christina Williams ’75, now a professor at Duke.

More recently, Morton Schapiro, who was the College’s president from 2000 to 2009, also handed out candy every Halloween. “[He] was a beloved president,” Jessika Drmacich, Sawyer records manager and digital resources archivist, said. “[He was] loved by staff, faculty and students alike.”

Unfortunately, however, the tradition was discontinued during Adam Falk’s presidency. “For a while during his tenure my predecessor, President Falk, wasn’t living in the president’s house, so the tradition was on a bit of a break,” Mandel explained in an email interview. The house has been left unvisited by students seeking sweets for many years, until now.

Tonight, Mandel will be giving out candy from 7:30 p.m. to 9:30 p.m. with her daughter, Ava; students will simply need to knock on the front door facing Route 2 to be received. House Manager Lauren Barenski offers a piece of advice for potential trick-or-treaters: “Everyone should be ready for some tricks as well! You never know what could be behind the purple door.”

Mandel is excited for the revival of the tradition, and understandably so. “I love Halloween,” she said. “It’s one of the few holidays that happen during the academic year, when we’re all on campus and can enjoy it together. It’s so great to see students relive a little of the fun of just being kids. Ava and I can’t wait to hand out candy!”