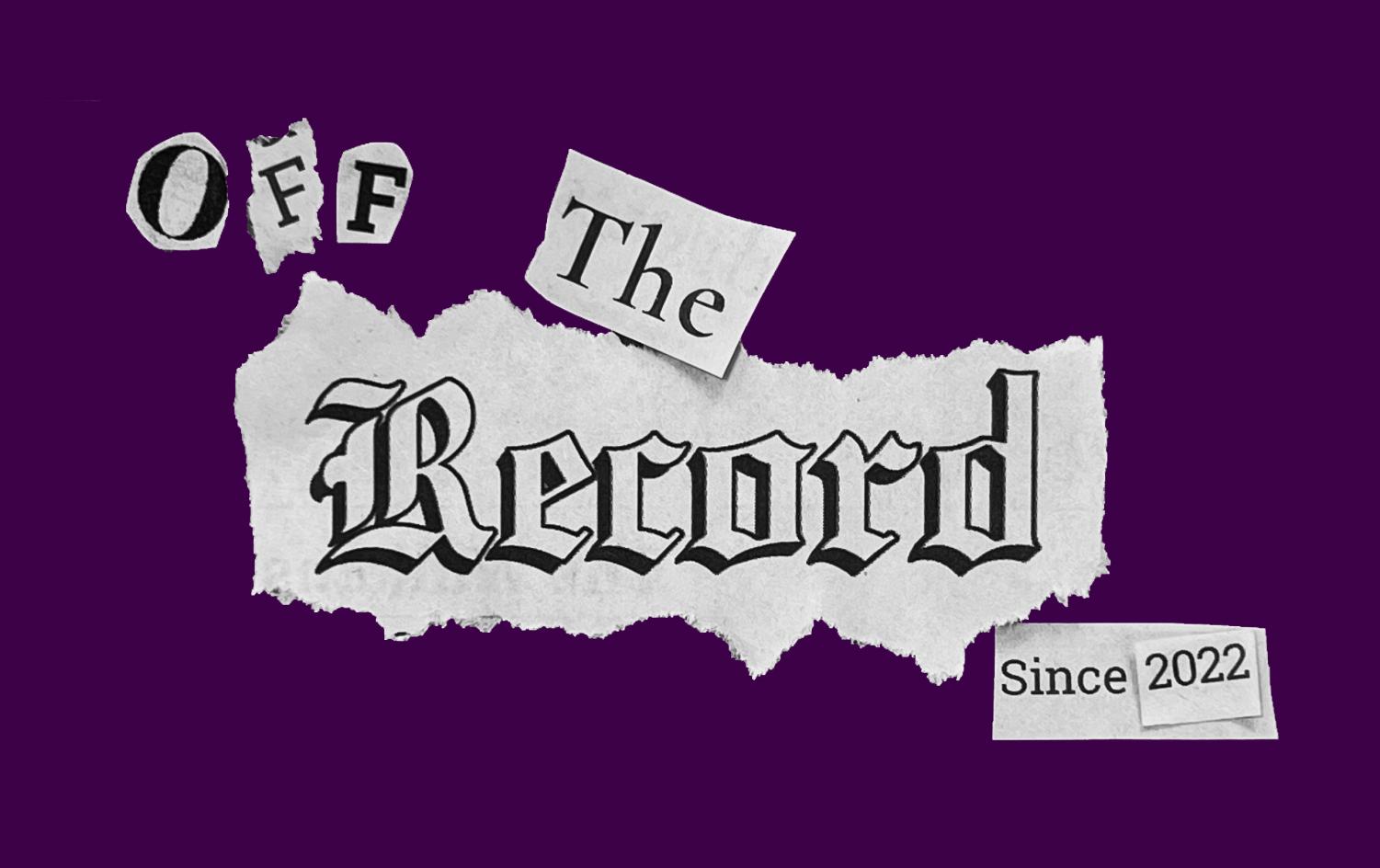 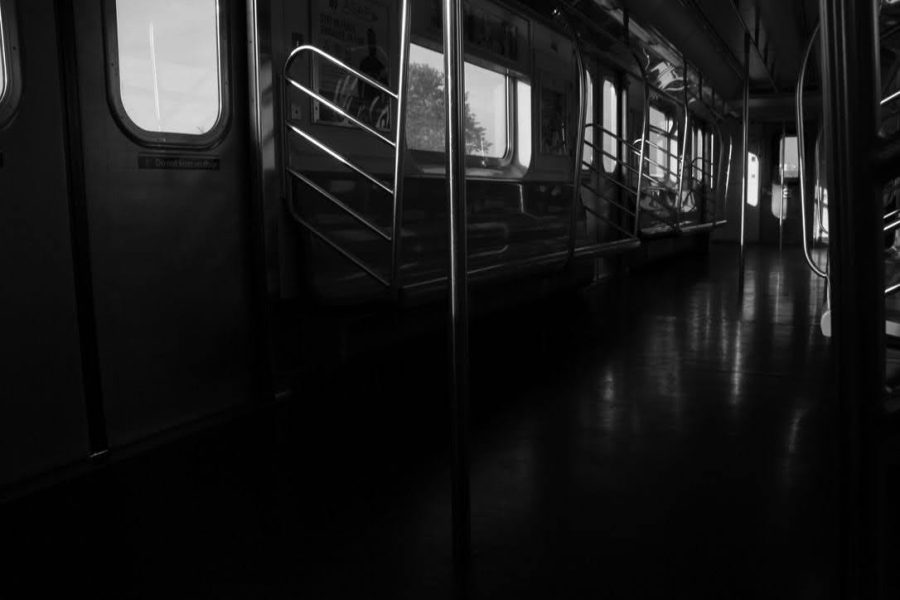 Gallery|2 Photos
This was the first time I left my apartment during quarantine to go to the city—I planned to go to Central Park and enjoy its scenery. While riding the 7 train from my home in Flushing I took pictures with my camera as I traveled. The floors were so clean that you could see your reflection in them and the plastic seats were glossy and smooth. The usually busy and crowded subway trains were empty and spacious. In this rare moment, I wanted to capture the peaceful but solitary state of this frequented intersection before it returned to its hustling and bustling microcosm of energy.
In Silence - Stella Oh 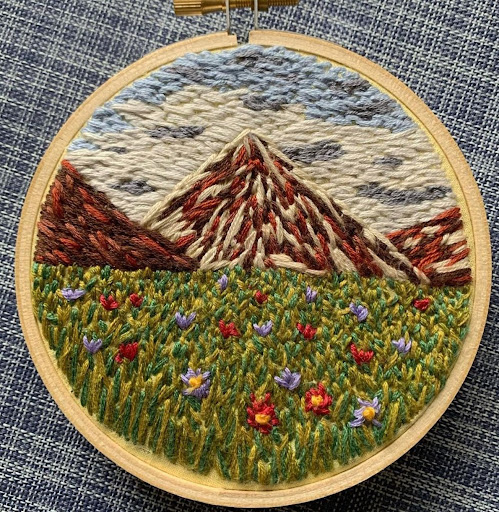 Gallery|1 Photos
I made this embroidery for my friend Mila in March, 2021. I wanted to make a landscape piece because I associate her with the mountains and I wanted to make something that reminded me of her!
Embroidery - Coco Rhum 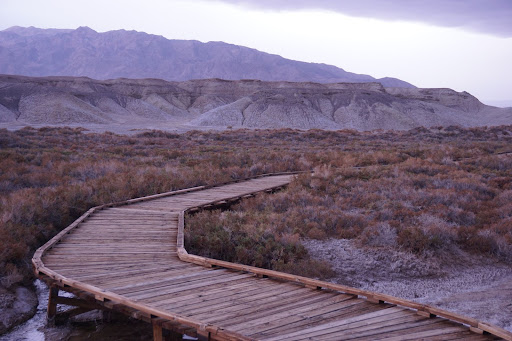 Gallery|1 Photos
This photo was taken in Death Valley, CA, where it seldom rains – there were a total of 1.4 inches of precipitation in the entire year in 2016, when this photo was taken. I was only there for three days, yet during that time it rained. This photo was taken right after the rainstorm, as seen by the cloud in the upper right corner of the frame. I took this photo with a digital camera and a pink filter to emphasize the dream-like landscape. This photo evokes a sense of inevitability, with the winding path and the looming mountains converging out of frame. This piece is all about contrast: there can be life in Death Valley, there can be a path in the wilderness, and there can be rain in the desert.
Desert Rain – Sarah Lindeman 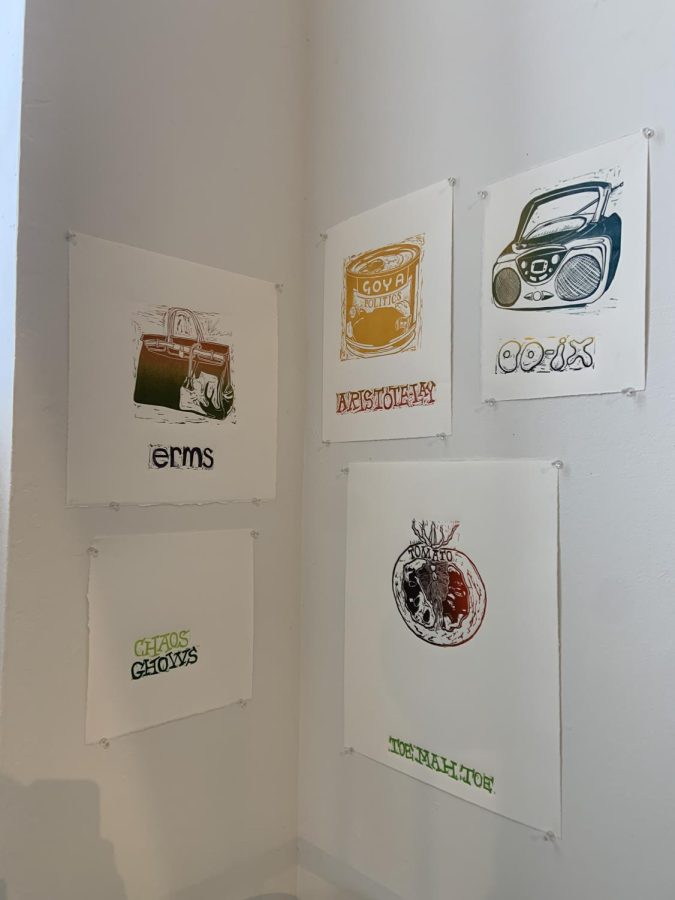 Gallery|3 Photos
I love commercial packaging and word play and mispronunciation. This series of linocut prints was my final project for “Intro to Printmaking,” highlighting words that I or others mispronounced as kids, or word inversions I found hilarious. I used to pronounce chaos in my head as “chows,” understanding them as synonyms. My brother pronounced music “oo-ix,” while I called it “me-moo.” The piece that works with “Artistotle” rhyming with “Chipotle” has an image of a Goya can of chipotle peppers with “Politics” written on the label. Politics was written by Aristotle, but Goya, the company, is also political. I wanted to practice carving words, as printmaking requires words and letters to be carved backwards to be read correctly when printed. Playing with mispronunciation, words, packaging and representation of goods, as well as gradient inking techniques were my goals. Being in the Print Studio in the Spencer art building is like being in glorious playground of fresh ink tubes and immaculate paper. The process of printmaking is one of translation, transmitting a drawing backwards into something unexpected and off kilter and inherently fun.
Prints – Genevieve Randazzo 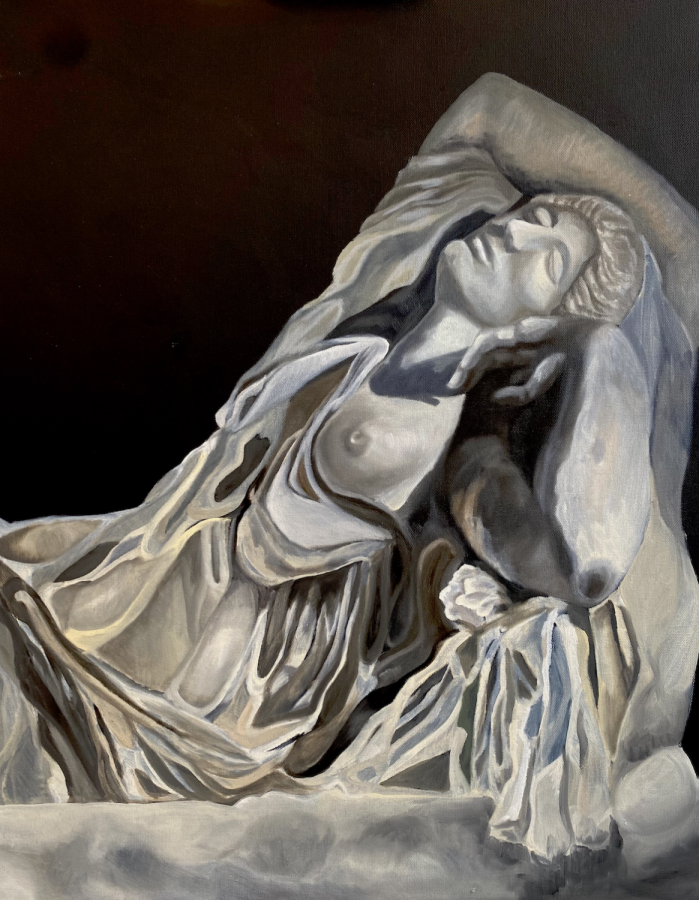 Gallery|1 Photos
Ariadne, I painted a statue of Ariadne, the Cretan princess and Goddess of Labyrinths and Paths. Though she takes form in marble, and only existed in mythological terms, her sleeping position elucidates her inherent and intrinsic humanity. As H.J. Rose defines myth; “the result of the working of naive imagination upon the facts of experience.”
Ariadne – Arianna Barzacanos