The Williams Record • May 1, 2019 • https://williamsrecord.com/86301/arts/alternative-art-histories-imagines-future-of-latinx-art/ 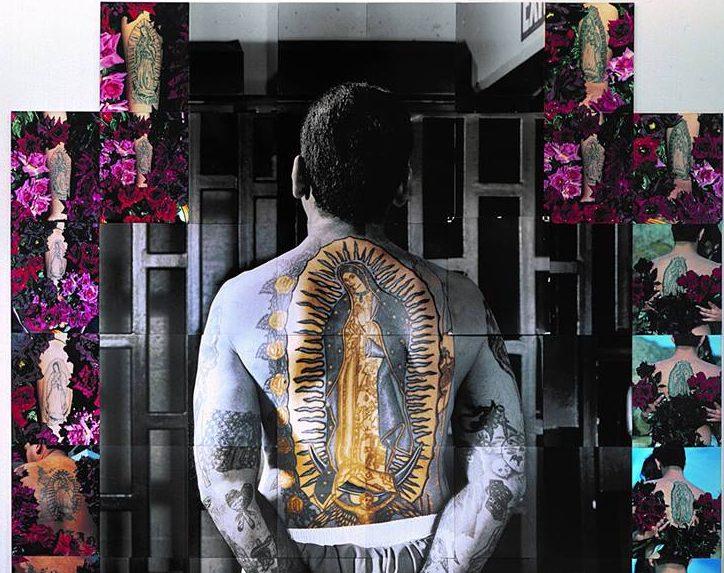 A symposium at the Clark Art Institute this weekend will honor U.S. Latinx arts and consider American art history’s potential for expanding its social, cultural and aesthetic capacities. The event, “Alternative Art Histories: Future Directions in US Latinx Art,” is free and open to the public and will run from 9 a.m. to 5 p.m. on Saturday. Laura Elisa Pérez, professor in the department of Ethnic Studies and Chair of the new interdisciplinary and transAmericas Latinx Research Center, at the University of California, Berkeley, will deliver the keynote lecture at 4 p.m. on Friday to kick off this weekend’s programming. The weekend’s events are part of a larger celebration for the 15th anniversary of the Latina/o studies program at the College.

“Alternative Art Histories” was organized by Professor of Art and Latina/o Studies C. Ondine Chavoya and Marco Antonio Flores, MA ’19, a student in the Williams Graduate Program in the History of Art. The idea for the symposium arose from conversations between Chavoya and Flores about the discipline of art history in the U.S. and the changes they believed needed to occur.

“[The symposium] really comes from conversations that [Marco Antonio Flores and I have] had both in class and outside of class,” Chavoya said. One prong of these discussions was, as Chavoya puts it, “the state of the field, and how things have moved forward and changed in the field of art history.” But Chavoya also said he and Flores talked a lot about how “changes need to be made to make art history and art-related professions more inclusive and representative of complex dynamic American experiences, specifically thinking about Latinx art.”

To Flores, these conversations with Chavoya and the courses that gave rise to them were crucial to the symposium’s formation. Flores took three seminars with Chavoya, who influenced his thinking about this event. “Those three graduate seminars focused on Latinx and Latin American art and gave the impetus and foundation for the symposium,” Flores said. “[Chavoya’s] classes were not only rigorous in terms of research and archival work but also in terms of thinking about what kind of work I was doing…on the ground,” Flores said. “For me, [planning the symposium] was a way to put theory into practice.”

Flores, whose recent work includes curating Rafa Esparza: staring at the sun at Mass MoCA,  is dedicated to representating a wide variety of intellectual topics and communities. “One of the most important philosophies that I feel I have learned through Ondine’s teaching is that no matter whether you want to be an art curator or an practitioner in a museum, you have to know how to be a good art historian. You have to know how to do research,” Flores said. “For me, the symposium speaks to the fact that we have a responsibility in the arts to be able to organize events that are for our communities and that are available to different people interested in the multiple aspects of art.”

Interest in Latinx art is growing – partly, Chavoya suspects, because of the nature of the Latin American and Latinx art itself. “What I think is so exciting and dynamic about this field in general — and it’s something I try to convey in my courses at Williams, both the undergraduate courses and the graduate courses,” Chavoya said, “that is [Latin American and Latinx art] is a field that is growing quickly and where there is still a tremendous amount of need for new research and new scholarship. So it’s also a field that is, I find, more welcoming to younger scholars.”

Chavoya also cited the College’s investment in the field — as seen in, for example, WCMA’s collection of Latinx art and in its recent hires of faculty who study Latinx art like Assistant Professor of Art Mari Rodríguez Binnie — as a significant factor in its increasing popularity. And, indeed, the timing of the symposium is no coincidence when it comes to the development of Latin American and Latinx art studies. “One thing that will be signaled with this symposium is what a critical time we’re in, and how things have been expanding and developing quite quickly,” Chavoya said.

Both Chavoya and Flores hope the symposium will convey the depth of commitment that exists in this area for promoting inclusivity and representation in the art world. “There is a surprisingly robust history of exhibiting Chicanx, Latinx, and Latin American artists at MASS MoCA and WCMA over the years,” Chavoya said. Speaking of the same phenomenon, Flores said, “The Berkshires has been involved in this kind of work. It’s not really new, but it’s wonderful to see the growth that is happening at this moment.”

Flores mentioned, regarding the work he hopes the symposium will be able to do for the campus and the wider community, a crucial consideration is “How are we as art and cultural workers responsible for including art histories that are still in the process of being included and taken more seriously aesthetically, scholarly and curatorially in the discipline of Art History?”

The symposium will be followed up by the arrival of “Axis Mundo: Queer Networks in Chicano L.A.” to WCMA in the fall. This critically-acclaimed exhibition was co-curated by Chavoya and incorporates ground-breaking research to deepen and expand, according to a press release from Hunter College Art Galleries, “narratives about the development of the Chicano Art Movement, performance art, and queer aesthetics and practices.”

For Flores, organizing “Alternative Art Histories” was not only meaningful as a cultural and intellectual project, but also as a personal achievement. “There was this moment last year after Ondine’s class that it just kind of hit me how difficult it felt for me to identify as an art historian or tell people I was an art historian,” he said. “And that moment of recognition was so pivotal for me to realize that there’s so much work ahead of us.”

Editor’s Note: This article was corrected at 8:19 p.m. on May 1 with corrected quotes from Marco Antonio Flores.