Massachusetts to vote on initiatives 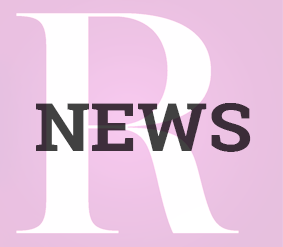 On Nov. 6, Massachusetts voters will have the opportunity to vote on three statewide ballot measures. The result of each measure has the potential to both alter Massachusetts policy and affect the College, but only students who are registered as Massachusetts residents will be eligible to vote on the measures. Any of the three measures can be passed by a simple majority of voters in the election.

The first measure, also known as Question 1, would mandate limits on the number of patients who could be assigned to a nurse at one time. The exact limit would depend on the condition of the patient receiving treatment. For instance, a nurse would only be able to care for one patient at a time if that patient were under anesthesia or had given birth within two hours. However, when caring for those with only minor conditions, the measure would allow for a nurse to be tasked with up to six patients at a time. Under the language of the measure, facilities would have to comply without reducing nursing or any other staff. In addition, any retribution against nurses for following these guidelines would be strictly prohibited. These restrictions would apply to all Massachusetts hospitals, including Berkshire Medical Center, where College students frequently go for medical attention.

The measure has been highly contentious; groups both in favor of and against the initiative have spent millions of dollars promoting their opinion. U.S. Senators Elizabeth Warren and Ed Markey have both endorsed the measure, while Governor Charlie Baker opposes it. “Nurses work hard to take care of all of us when it matters the most, and we should do the same for them by establishing standards to ensure they have the help they need to do their job safely,” Warren said in a Boston Globe article.

Opponents have argued that some hospitals may try to force nurses into night shifts or hire inexperienced nurses in order to get around these regulations. They worry that some hospitals could be forced to halt certain services because of the regulations. The Health Policy Commission, a Massachusetts health watchdog group, estimated the cost of the initiative to the health care system as ranging from $676 million to $949 million. Nurses themselves are somewhat divided; the Massachusetts Nurses Association endorsed the measure, but the American Nurses Association of Massachusetts came out against it. The measure is contentious among voters as well. In a September poll, 44 percent of Massachusetts voters favored the measure, while 44 percent opposed the measure.

Question 2: Advisory Comission for Amendments to the U.S. Constitution Regarding Corporate Personhood and Political Spending

Question 2 of the ballot measures would create a citizen commission compromised of 15 members to propose amendments to the U.S. Constitution. The intended amendments would include overturning the Citizens United v. FEC Supreme Court decision that allowed for virtually unlimited political spending in campaigns, as well as an assertion that corporations are not entitled to inalienable constitutional rights. If approved, this commission would come into existence on Jan. 1, 2019 and issue its first report on Dec. 31, 2019. The governor, secretary of state, attorney general, speaker of the Massachusetts House and president of the Massachusetts Senate would each appoint three of the 15 commission members. Any Massachusetts resident would be eligible to apply to join the commission, but the position would be unpaid.

The commission’s powers would be largely informal, and it would not have the power to pass a constitutional amendment, which requires approval by a supermajority in the U.S. House and Senate and ratification by 38 states. Nevertheless, most major Massachusetts political figures have come out in support of the initiative, including Baker, Warren and Markey. The measure also does not have a strong organized opposition, unlike for Question 1, and most political observers believe that it is likely to pass.

Question 3 concerns a law that was passed in 2016 that prohibited discrimination on the basis of gender identity, in regards to access to any “public accommodation,” meaning any location that is open to the general public. For example, this law outlawed denying transgender people the use of public restrooms. Opponents of this law, entitled SB 2407, have placed a repeal referendum on the ballot. Opposition is being spearheaded by the Massachusetts Family Institute, a socially conservative group, and a group called Keep MA Safe, which was created in response to the initia-tive and calls the law a danger to women.

Most elected officials in Massachusetts, including Baker, Warren and Markey, favor the law. Groups favoring the law have spent approximately $4 million promoting it, whereas those opposed have spent closer to $500,000. Public polling shows the vast majority of Massachusetts residents favoring the law, with support averaging approximately 70 percent. The measure is phrased such that a “yes” vote is a vote in favor of the current law and a “no” vote is a vote in favor of repealing the law. Notably, Question 3 is the first statewide referendum on transgender rights in U.S. history.