On the College endowment: Looking back and beyond 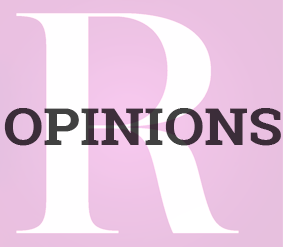 Next month, the Williams Investment Office (WIO) will release the 2018 Investment Report for the College’s endowment. An endowment is a pool of financial assets that is invested to grow and provide additional income for re-investment and operational expenditures. What differentiates most elite institutions, like the College, from other schools is a remarkably high endowment value per student. From the dining hall food to professors’ salaries and financial aid, nearly half of the school’s operational budget is supported by the endowment. The College spends about $110,000 per student every year (clearly above the payable tuition of ~$70,000), with a significant part of the student body on financial aid. The college’s impressive ~$2.5 billion account, or $1.24 million per student, allows it to engage in initiatives and projects that most schools cannot (NYU, with an undergraduate body of 25,000, has a $4 billion endowment, or only $150,000 per student.)

The WIO, like most endowments, holds a long-term strategy for its portfolio. Rather than investing directly in assets, it invests in managers who then invest in assets (a.k.a. a “fund of funds”). Without the pressure of short-term performance, the longevity of the office’s investment strategies, the school’s reputation and the leveraged personal relationships of the investment office has given the endowment access to some of the premier managers and firms in the industry.

A pivotal part of the endowment is its asset allocation. This is key as each asset class has individual risk and return characteristics and could significantly influence the magnitude of both the downturns and upswings of returns. In 2017, the College’s endowment invested in asset classes. The general distribution of the endowment includes a 61% allocation to stocks (higher risk), a 12% allocation to bonds (lower risk), 11% to real estate/assets (long-term and relatively illiquid) and the remainder (16%) to buyouts and venture capital. This distribution reflects the endowment’s assumption that stocks would strongly outperform other asset classes in 2017, as over half of the funds are allocated to equities, and so little are in buyouts (although both had similar returns in 2017). The continuity of this into 2018 is in question as the allocation distribution is a reflection of the college’s outlook on macroeconomic, financial and geopolitical forces and will be revealed later this year as the 2018 report is released.

Around 46 percent of the College’s spending is supported by the endowment (while tuition contributes to only 36 percent of the budget). With a smaller endowment, the budget of the college is compressed and becomes more reliant on sources including external donations or higher rates of tuition.

As the 2018 report is to be released next month, it’s important to analyze the relationship between the actions of the WIO office and events over the last fiscal year. In 2018, we observed higher volatility in the financial markets and rising economic tensions between international powers (i.e. trade wars). We expect this to have changed the equity returns of the endowment for 2018, as the increase in volatility may have run some of the fund’s managers off-track. In the long term, the endowment office must consider the effects of the trade war and escalating political tensions between the United States and China. Finally, the interest rate environment has and will continue to affect the endowment’s returns (as interest rates rise, a decrease in the price of equities may follow suit unless the portfolio is rebalanced). Domestic policy including tax cuts and their effects on asset prices should have been considered.

Building off the endowment’s long term strategy, the WIO did not make many significant changes in asset allocation year over year (in the 2017 report, the WIO points out a mere two percent change in their asset allocation distribution). We believe the investment office’s strategy is not cautious or flexible enough – as the aforementioned forces continue to shape the markets, the WIO should have taken proper steps to protect the funds it manages, while keeping in mind the dependence of the budget and the success of students on its consistent and high-yielding performance. The release of the 2018 College Investment Office report next month should answer some of these questions and concerns.

Osamah Qatanani ’21 is a prospective political economy major from Paterson N.J. David Shakirov ’22 is from Fort Lee N.J. His major is undecided.