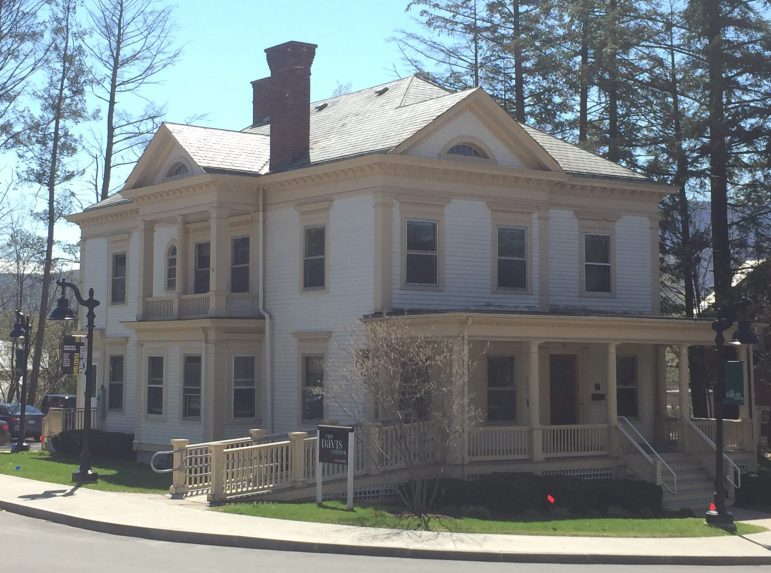 Currently, the Davis Center is operating with two full-time staff members, with plans to onboard new members. BROOKE HOROWITCH/EXECUTIVE EDITOR

Currently, the Davis Center is operating with two full-time staff members, with plans to onboard new members. BROOKE HOROWITCH/EXECUTIVE EDITOR

On April 17, the Coalition Against Racist Education Now (CARE Now), published a list of demands to College President Maud Mandel. In this letter, CARE Now articulated, among other demands, that “the College increase funding to the Office of Institutional Diversity and Equity (OIDE), meant to be to be directed to the Davis Center, to reflect the growing number of minoritized students on campus and address the OIDE’s responsibility to the faculty.”  The demands surrounding OIDE and the Davis Center come in light of a shifting funding relationship between OIDE, Minority Coalition (MinCo) and the Davis Center, as well as staffing levels in the Davis Center that some students deem inadequate.

Under the header of OIDE, the CARE Now letter demands that the College approve a $34,000 request for OIDE funding, in addition to a $15,000 increase in funding to finance incoming MinCo organizations. The funding requests outlined in the demands mirrors a similar request for funding from College Council earlier in the year. In late February, MinCo co-chairs Rodsy Modhurima ’19 and Tyler Tsay ’19 and former CC co-presidents Moisés Roman Mendoza ’19 and Elizabeth Hibbard ’19 gave a presentation surrounding MinCo’s funding issues.

At the CC meeting, MinCo requested $34,000 to fund heritage month events, requesting a larger amount that the allotted sum by the Davis Center, stating that the funding request was not to become a recurring request, but rather to “allow MinCo-groups access to funding for Heritage Month events while improvements are made to FinCom & funding procedures” and “to allow MinCo to request a larger grant from the school for the following school year.” The $34,00 request was broken down as a $2000 allotment for each of the 17 MinCo groups and was set to be distributed through MinCo’s funding procedures. CC, after deliberation, voted in favor of the request.

The $34,000 request referenced within the CARE Now demands would seek to ameliorate the issues MinCo presented at the CC meeting and secure funding for heritage month events.  The additional $15,000 would serve to cover the increasing number of MinCo groups according to the open letter. The letter also calls for the College to “establish mechanisms that increase funding to OIDE biennially in direct proportion to the growing number of minoritized bodies on this campus,” referencing the expansion of MinCo affiliated groups on campus.

Acting Director of the Davis Center and Director of Campus Engagement Bilal Ansari characterized the staffing situation as one that arises from low morale.  “The overworked feeling is in my observation a consequence more of low morale and people working here not wanting to be here,” Bilal told the Record, “This year has been particularly difficult and fraught emotionally with campus crises almost weekly for students, staff, and faculty. So when you are working in a department that is understaffed (due to leaves) with compromised morale across campus and on the frontlines of campus student affairs it can really feel like you are overworked. That is honestly the situation from my observation.”

Ansari also framed the staffing situation in the broader context of staff and faculty members at the College.  “The Davis Center is not immune to that Williams College, ‘You are lucky to be working here’ attitude that honestly – as a former union organizer in New Haven, Connecticut – is what most elite private institutions suffer from” Ansari said.

While Ansari reiterated that the role of providing funding to MinCo organizations is one that they seek to maintain, Ansari stated that, the Davis Center would “inadequately meet the needs” of the student body.

Ansari stressed the necessity of continued work within the Davis Center.  “The greatest cause of my concern is that we not forfeit the fight by undermining the arduous relationship work of institution building for the convenient disruptive work of institution bashing,” he said.

Ultimately, Ansari expressed hope about the Davis Center’s future.  “I believe the Davis Center has a bright future here at Williams College. We have an amazing Director, Shawna Patterson-Stephens and we look forward to her return and leadership,” said Ansari. “We have an exciting renovation being planned for new space and renovated accommodations. We have talented people on board and more onboarding shortly. And, Leticia Haynes, VP of OIDE has the full support of President Maud and senior management so I anticipate a complete integration in the near future of DEI work across the campus.”

Editor’s note: This article was updated at 8:44 a.m. on April 24 to correct the wording of a quote from CARE Now’s letter that had previously been misquoted.