A reflection: At the QSU Drag Show, protest is not performative 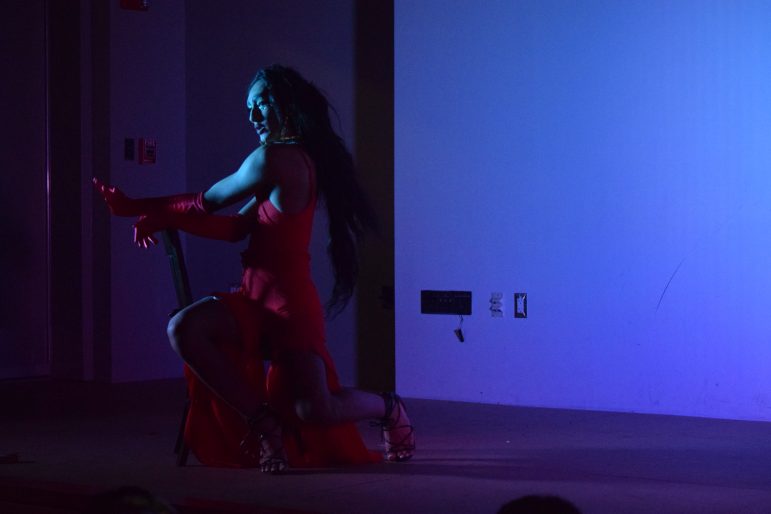 Students and allies alike flooded Paresky Auditorium on Friday to see a unique and talented group of drag artists, some seasoned, some making their drag debut. The room was immediately engaged by the fantastic hosts, Ryan Buggy ’19, in drag as Mother!, and Jonathan Deng ’21. They interrogated and entertained the audience with jokes and references specific to Queer and LGBTQIA+ culture – and the whole room would laugh and react. Among the jokes told was the fact that the score cards were not actual numbers but math equations. A host yelled for the help of allies to solve the equations, interrogating, yet humorously affirming the common misconception that “Gays can’t do math.”

The drag show was an invitation to the QSU community to perform and have fun. A few student performers volunteered and received stipends to purchase materials to create their drag personas without worrying about finances, attended group rehearsals and practices and came to the show fully prepared to blow the minds of audience members with dramatic lip syncs of iconic songs. They were decked out, coming in with fully formed and well thought out personas and drag names. The show was exactly what we all came to see: full of dark humor, incredibly choreographed and flashy in the best way.

This room was full of lightning and excitement, especially when the performers were introduced and asked questions. As they went down the line, every performer got to answer the same question: “What do you hate about Williams?” With eloquence and poise, each one had something both snarky and astute to say, but in hearing their answers, we were reminded of the reason we were there in the first place: to hear someone, and something get, well, “dragged.” Especially the College.

Drag is, and has been historically an act of resistance, survival and visibility. Much of the culture of “shade” and dramatic performances originate from the protest of white-dominated Queer spaces. On Friday, Paresky Auditorium was dominated by people of color and Black folk. The references were for them, as was the space. The College QSU has historically been a white-dominated space, and has been continuously reckoning with this imbalance of power. This year, with the implementation of the QTIPOC student group (Queer, Trans and Intersex People of Color) and the majority Black and Brown QSU board, QSU underwent a huge effort to change the legacy of whiteness and increase cross-coalition amongst affinity groups. So many Queer students struggle to exist along these lines of Queer and POC culture. The Student Drag Show was not only an act of radical visibility but the perfect moment to call on the administration to create safety and take care of its marginalized students.

The Drag Show was not just a display of art and performance, but an act of Queer resistance by the performers, almost entirely Black and Brown folks. The finale of the show, unfortunately left out due to a rushed ending, was set to include a statement about current race relations on campus – one that specifically called out President of the College Maud Mandel for her responses to the Coalition Against Racist Education Now (CARE Now) demands as well as her responses the recent displays of white supremacy and racism at the College. In the words of one organizer, “Mandel’s emails and grand speeches mean nothing when real people are experiencing harm.” The intention behind the planned statement was to publicly reinforce and support the CARE Now student demands, and show Mandel that Brown and Black Queer students are waiting, and watching her actions. Unfortunately, due to a moment of carelessness and rushed choices, this ending act of shade was left out of the show’s program. However, the message stands, and the drag was still an act of radical protest.

The intention was to throw as much shade as possible because, for a moment in time, Black Queer students held the microphone on the stage, not only physically, but in a figurative sense. With all eyes on them, students used their platform to voice concerns with the way President Mandel and the administration provide – or, as they believe, fail to provide –  the care and resources that the community of marginalized peoples, especially Black students and Black Queer students, need to make the College a home. Black Queerness has always found itself creating family for survival and kinship when the world failed them, and this drag show was exactly that. A drag family – and a family with the intention of creating space for their kin to exist without fear.

Editor’s note: This article was updated at 8:59 a.m. on April 24 to indicate in the headline that this piece is an organizer’s reflection on the event.