Women’s crew requalifies to race at Head of the Charles 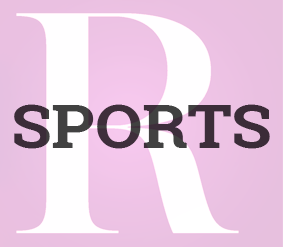 Women’s crew had a strong showing this past weekend at the Head of the Charles regatta, racing a club four, a collegiate four and a collegiate eight, all of which requalified for the regatta next year, with the collegiate eight taking second place.

On Saturday, the club four requalified to race in the same category next year by placing 26th out of 52 competing boats. Stroke seat Fiona Yonkman ’20 led a boat of Catherine Powell ’22, Stephanie Brown ’20, Maddie Lacasse ’22 and coxswain Morgan Whaley ’20. “We prepared all week in really bad conditions on Onota [Lake], so we were well prepared and pleasantly surprised that Saturday’s wind wasn’t bad,” Yonkman said. “We had our best piece together as a boat and got to compare ourselves to some Div. I crews!”

On Sunday, the collegiate eight and collegiate four raced in tough conditions and faced some close calls. The race commentators frequently noted that the wind gusts forced boats to take wider turns than desired. That said, the commentators loved coxswain Ava Palmo ’20 and commented on her well-executed steering coming into the last 750 meters of the race.

Palmo tried to get her crew the best possible line. “[Sunday’s] race was an amazing reflection of our hard work so far,” five-seat Julia Mini ’19 said. “We managed the conditions really well and when things got tight with Wesleyan, Ava kept us calm and internal. It was so fun to race down the Charles one last time with this group.”

Palmo echoed a similar sentiment, noting how impressed she was with the focus and maturity of her rowers. “Our primary goal was to pass Wesleyan, and it felt great to live that out, even if it was a little dicey,” Palmo said. The Williams eight caught the Wesleyan eight at the Weeks’ Bridge turn and clashed blades under the bridge; running on the adrenaline of a close call, Williams walked through the Wesleyan boat in just ten strokes.

The collegiate eight’s calm management of the situation gained them a second place finish, 20 seconds behind the first-place finisher, Bates, improving in both place and margin over last year’s third place finish at the event.

The collegiate four finished off the day of racing. They had a dicey moment of their own when another boat collided with the Williams boat under the course’s Anderson Bridge. The women were able to find some good water despite the conditions and were able to regroup and gain momentum after the collision. Even with this setback, the crew requalified for next year.

Stroke Betsy Button ’21 commented about the overall weather conditions and the race. “Racing in a 25-30 mph headwind is never easy, but [Sunday] was certainly exciting,” Button said.

Women’s crew will race again next weekend in its final fall race. The walk-ons and first-years will compete in their first race at the Head of the Fish in Saratoga.