“Colette” tells the novel truth of a controversial French author 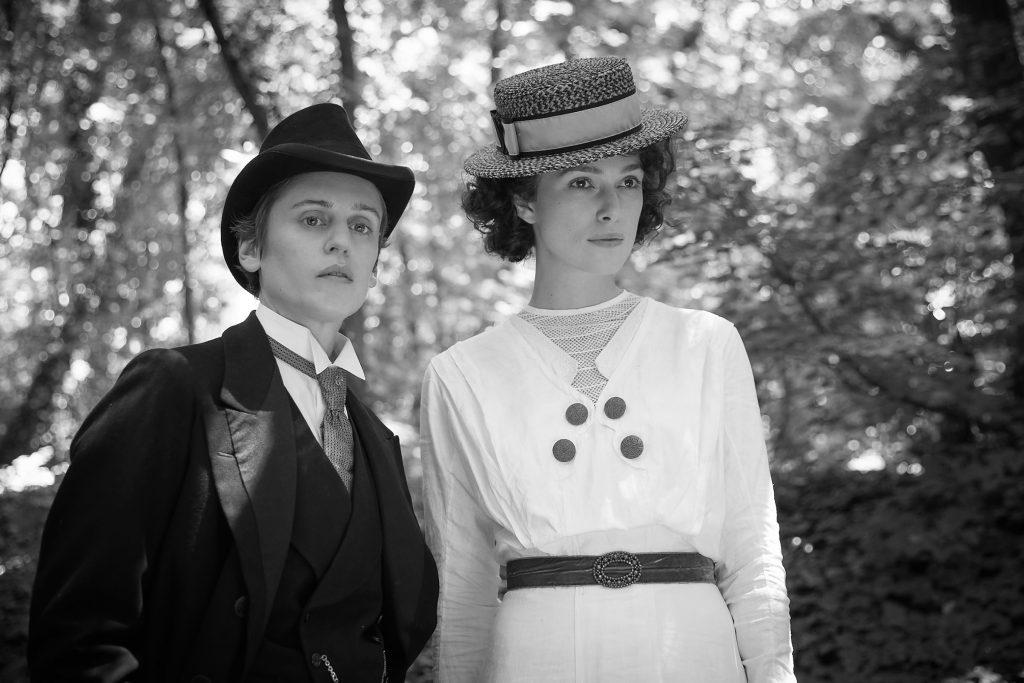 Just a few weeks after showing The Wife, Images Cinema has showcased yet another tense character drama revolving around a prodigal young female writer whose talents are stolen by her husband. In a refreshing twist, Colette, based on the true story of French literary legend Sidonie-Gabrielle Colette, delivers visceral satisfaction by proving that – in this case at least – a true story can provide a measure of unexpected triumph.

As a focused turn-of-the-century-period drama and a dazzling vehicle for superstar lead Keira Knightley, Colette is even more remarkable for unashamedly delivering the perspective that the past could be just as radical as the present. Combining themes of feminist, queer and even trans liberation, the film is spun from true stories years before these movements would take the familiar forms we know today.

The film, directed by Walsh Westmoreland from a screenplay by Westmoreland and Richard Glatzer, is less a biopic than an origin story. Colette lived a long and incredibly complex life that could probably fill a multi-part documentary series, but the film finds its narrative arc in Colette’s early years and first marriage to Henry Gauthier-Villars (Dominic West), a well-known writer and music critic under the pen name “Willy.” Right away, the power dynamics of class mold the motivations of the characters – Willy gives up a dowry to marry below his station. He, however, indulges in numerous affairs, while co-opting Colette’s emerging writing talents to bolster his brand and keep his financials afloat without having to forgo the luxuries of irresponsibility.

That writing, drawn from the deepest feelings and memories of her own life and conveyed with a blend of her love for literature, produces the Claudine stories, a series that flies off the shelves and enthralls young women everywhere. The books also serve to elevate the wealth and notoriety of the brand and the couple, especially after they devise a genius stroke of meta-marketing by having the stories adapted for theater and having Colette model herself as the image of “the real Claudine.”

Even as Colette’s writing transforms their world, the fragility of their not-quite-equal partnership quickly becomes too much for Colette to tolerate. Willy’s constant indulgences prevent them from ever being on stable financial ground, and his attempts to simultaneously apologize and make excuses for his behavior reveal a fundamental disrespect that is periodically brought to the forefront by angry outbursts when Colette pushes back against his dishonesty and hypocrisy.

While much of the film is mired in this emotional back-and-forth, one byproduct of the two negotiating their fraught but initially loving marriage is Willy encouraging Colette to engage in her own affairs with other women, which she instantly takes advantage of, determined to not let this compromise turn into a blank check for Willy to lie to her. These scenes, notable for their frankness in their depictions of a sexuality that are often erased from narratives of the present as well as the past, lead to a whirlwind romance that reveals to Colette who she can be when she is not tied down to a man. Colette begins to form a loving relationship with Missy, a French noble and artist who dresses as a man and who Colette, at one striking moment, insists on calling “he.”

At every turn (and with the help of a radiant progression of bold period costumes), Knightley delivers a powerhouse performance that captures both the vulnerability of being a talented young woman in a hostile world and her determination to not settle for less than she deserves. Even in the happiest days of Colette’s marriage, she rebuffs Willy’s attempts to diminish her agency or deny her intellectual power. Indeed, his compromises only serve as a catalyst for her radical self-exploration that ultimately confirms for Colette how little she really needs him.

While the ending comes rather suddenly, and the chronological compression elides much of the literary icon’s life, Colette builds its emotional and thematic moments to a deeply affecting climax. The end-of-the-movie explanation of the ultimate fates of the key players confirms that Colette’s life was well-deserving of this moving and triumphant film.