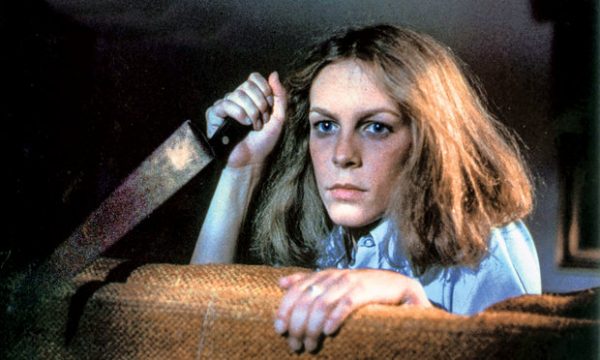 PHOTO COURTESY OF NERDIST.COM Halloween tells the story of a serial killer as he stalks and kills teenage babysitters on Halloween night.

Rebooting classic film franchises has been a Hollywood staple for years, and the Halloween series is about to receive this treatment, with a critically acclaimed sequel on the verge of release. The line out the door at Images two Fridays ago, however, wasn’t for the latest Halloween film, but rather for a limited-run screening of the original 1978 slasher by John Carpenter. In an era of countless reboots and sequels, classic films are still capable of drawing a crowd.

An Images staff member stood at the front of the packed theater to welcome the audience – students and community members alike – and introduce the horror classic. As the iconic theme music began to play, the audience cheered and applauded. There’s a sense of community and positive energy that’s often present at screenings of beloved films, and this was certainly the case.

This was my first time seeing Halloween. Dedicated horror fans might scoff at me for this oversight, but it allowed me to go into this event with few expectations. I’d seen the film cited as a horror classic – beyond that, I knew little about it. I was curious to see if, being someone who watches horror films fairly regularly, I would find it scary 40 years after its release. The answer was a resounding “no,” but to my surprise, that didn’t detract from my experience in the least. In fact, the emotions that supplanted sheer terror made Halloween one of the most enjoyable movie experiences I’ve had in a long time.

There were certainly plenty of scenes throughout the film that startled me, but this was mostly because they contained fairly standard jump scares. There was some real tension during the iconic Michael Myers chase scenes, but it never measured up to the suspense of Hitchcockian thrillers (Psycho or Vertigo) or some modern indie horror films (The Invitation or Hush). Perhaps most surprisingly, some of the classic horror tropes that are present in the film got the audience laughing. Halloween pioneered many of these features, but they’ve been overused and parodied so frequently that it’s hard to take them seriously. When the score swelled dramatically for tense sequences, the audience laughed at its lack of subtlety. A few viewers couldn’t help but crack up at a particularly outlandish murder sequence, in which Michael Myers suspends a victim from a wall with his signature kitchen knife. These elements probably ramped up the terror when the film was released; for an audience that has been subjected to constant abuse of these tropes, they’ve lost their sting.

Although the audience laughed at the frequent, now-cheesy horror techniques, I never felt like this laughter signaled derision of the film. On the contrary, it made the viewing feel like a celebration of the horror genre. Sure, it may have lost its edge for audiences familiar with the past 40 years of horror films, but that doesn’t mean that Halloween has outlived its relevance. We may not be able to crowd into a theater to feel sheer, collective terror at Michael Myers’ original outing any longer, but there’s still plenty of joy to be found in being around other horror fans, flinching at a few jump scares and laughing at horror clichés and late-70s dialogue.

It might seem like it cheapens Halloween’s stature as a defining film in the evolution of the horror genre, but that ignores the fact that audiences change, and so too does the way they perceive classic films. We were laughing at Halloween, but that doesn’t mean that we were disrespecting it; we were showing that it can still be enjoyed in a different cultural context. That’s more than can be said of many 40-year-old films.