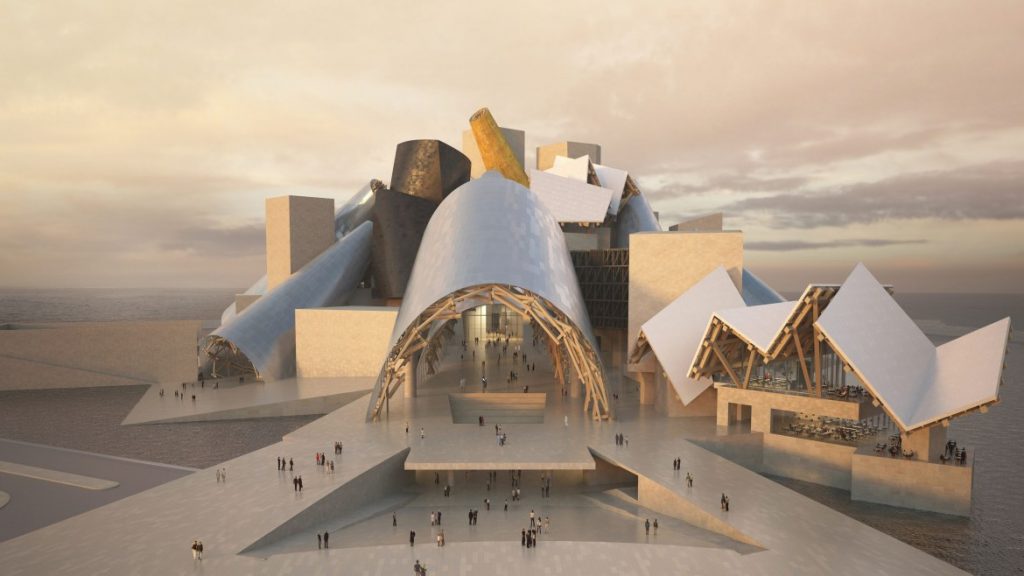 PHOTO COURTESY OF GUGGENHEIM.ORG Thomas Krens ‘69 was director of the Williams College Museum of Art in 1980 and is currently involved in Guggenheim’s plans in Abu Dhabi.

Much of the rich art scene in the Berkshires can be attributed to Thomas Krens ’69. Previously director of the Solomon R. Guggenheim Foundation, Krens has a resume bolstered with achievements in the arts. The former director graduated from the College with a degree in Political Economy and continued on to get a Masters  in studio art from SUNY Albany and a Masters in management from Yale.

Since then, Krens has worn many hats: he was appointed director of the Williams College Museum of Art in 1980, helped establish Mass MoCA, oversaw the expansion of the Guggenheim in New York, created a network of Guggenheim-associated museums and, most recently, is spearheading the development of the Guggenheim’s plans in Abu Dhabi.

This past Sunday, Krens spoke at the Clark Art Institute. His lecture, “Art, Money, Oil and Guns,” is the first of his four-part series at the Clark. In this particular talk, Krens focused on the Guggenheim’s ongoing projects in the Middle East and the Berkshire art community.

Krens has been in the art field for many years and  has a broad understanding of the nuances of museum origins and purposes. “Museums have particular power,” Krens said. “They bear witness to particular times in history.” Krens’ interest in the power of museums and their ability to preserve culture led him to meet with the United Arab Emirates (UAE) in 2005 to discuss the possibility of building a Guggenheim museum in Abu Dhabi. Later that year, in a meeting with the UAE Crown Prince, Krens drew out his plans for a development on Saadiyat Island off the coast of Abu Dhabi on a restaurant napkin.

Krens’ ideal image of an art museum was, it seems, being manifested in his plans for Guggenheim Abu Dhabi. “It is incumbent on art museums to act rigorously and responsibly as agents of agitation, social information and cultural change,” Krens said.

Krens’ ambitious dispositions began deteriorating two years later when a few specific events undermined Guggenheim Abu Dhabi and Krens’ overall plans in the Middle East. Namely, that the 2008 financial crash in America led to a shrinking UAE economy, causing the plans to be temporarily halted. Along with this, the sudden resignation of Guggenheim Board Member and critical donor, Peter Lewis, jeopardized progress in Abu Dhabi. The resignation was in fact born out of a dispute around the foundation’s interests in the Middle East. Finally, Krens described the Arab Spring as having also had a deep impact on the impending construction.

Not every art movement on Saadiyat Island halted in 2008 like Guggenheim Abu Dhabi did. In fact, the one billion euro Louvre Abu Dhabi opened there just last year. The Louvre’s magnificent spectacle of visual arts and architecture has garnered much attention, including being called one of the “7 Urban Wonders of the World.” The museum notably contains James Whistler’s world-famous oil painting Whistler’s Mother and will soon contain Leonardo da Vinci’s Salvator Mundi in its permanent collection.

Despite the recent success of the Louvre in the Middle East, however, Guggenheim Abu Dhabi has yet to begin construction. Even so, Krens will not give up on his plans in Abu Dhabi. “Perhaps the best is yet to come,” he said.

Those interested in Krens’ projects are invited to return to the Clark on Nov. 18 for a lecture on the Guggenheim museum in Bilbao, Spain.