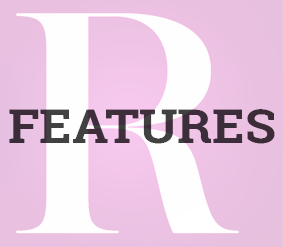 Fi van Wingerden ’20 has taken five or more classes each semester since her freshman spring. Her sophomore fall, she balanced six classes, including two with lab sessions and a daily language class.

While some students might be forced to take more than four courses a term to make up for a course deficiency, for others such as Wingerden, taking more than four courses is a conscious choice with a valuable outcome. According to Associate Registrar Mary Morrison, somewhere between 100 and 150 students take more than four full-credit courses a semester, on average. Of those, she estimates two or three students take six classes. Though students’ reasons for doing so differ, the decision structures their time and allows them to immerse in the College’s academic offerings.

Wingerden, a chemistry and comparative literature double major who is also on the pre-medicine track, decided to take a fifth class after having what she called a “difficult” first semester. For Wingerden, taking extra classes allowed her to explore more subjects outside her requirements.

As a pre-medicine student, Wingerden said that she has found that science requirements take up a large portion of her typical 32 total classes that must be completed by graduation. By taking an extra class or two each semester, she has had the opportunity to try out a variety of different disciplines that the College has to offer. “When am I going to have that chance again?” Wingerden said.

When deciding to take on extra classes, Wingerden has turned to friend  Giovanni DiRusso ’19 who enjoys taking more than four classes. DiRusso, a religion and classics double major, said that the ability to take additional classes was something he intended to do even before arriving on campus. “Overloading was a big part of my decision to come to Williams and of my enjoyment of the school,” he said.

Jay Schroeter ’22 is also taking an extra course this semester, but, unlike most five-course students, he is doing so during his first semester at the College. Schroeter said that after participating in the Summer Science Program, taking a fifth course felt like a way to explore a range of interests. “I wanted to branch out as much as possible as soon as possible,” he said.

There are other reasons aside from pure academic curiosity that propel students to take additional courses, according to Director Accessible Education G.L. Wallace. “The choice to take five courses is either a structural choice or a cultural choice to some degree,” he said.

It is fairly common for students needing to complete major requirements or prerequisites that they cannot fit into a standard four course load to end up adding a class, he said. Many students also take a fifth course to make up a deficiency incurred from a failing grade in or withdrawal from a course in an earlier semester. Morrison said that approximately 20 to 50 students a semester take extra courses to make up such a deficiency.

Others, like Patrick Postec ’21, take a fifth course to fulfill major requirements. Postec, who is currently planning on double majoring in physics and religion, added to his four-course load this fall after deciding that this was the best way to ensure he could take classes in all of his areas of interest. “I was pretty confident about handling it,” he said.

Whatever the reason for doing so, managing a larger course load can also be a hard balancing act. Wallace, who often works with students to find manageable ways to pursue all of their academic interests, has found that a regular four-course load tends to be the best path for most of the College’s students. “For most students, a four-course load is plenty,” Wallace said. “Five can oftentimes be a tipping point.”

Schroeter said that, while his five course load has been manageable thus far, it is not without its challenges. He acknowledged that he has surrendered free time to the increased workload, but he said that it still feels like an academically worthwhile choice. “It has both aspects of being a positive and a negative thing,” he said.

Wingerden, DiRusso and Postec all noted that, in taking five or six courses, it is important to consider extracurricular time commitment. DiRusso, who first took six courses after an injury made him unable to continue on the crew team, said that taking additional classes has taught him time management skills that will last long after graduation.

The students all agreed, however, that taking a fifth course just to do so is not the right approach. One thing that differentiates the College’s fifth course policy from that of many other schools, Wallace said, is that credits from extra classes cannot be used to graduate early here. Wallace said that this preserves the eight-semester traditional experience at the College and allows students to delve deeply into their courses rather than trying to “bank” credits to redeem later in their academic careers.

Wingerden learned to only take extra classes because she genuinely is interested in the subject itself, as there are many other things on campus to get involved in. A professor, she said, once gave her the advice to “make sure that you’re not taking learning in the classroom more seriously than all you can learn here outside of it.”

Now a JA, she has taken this to heart and is working to balance the time she spends in her classes or the library and the time she spends with friends or hanging out around the entry. “If I found that I just didn’t have time to spend on other forms of learning and other things I enjoy, I would definitely feel like this is not worth taking another class,” she said.