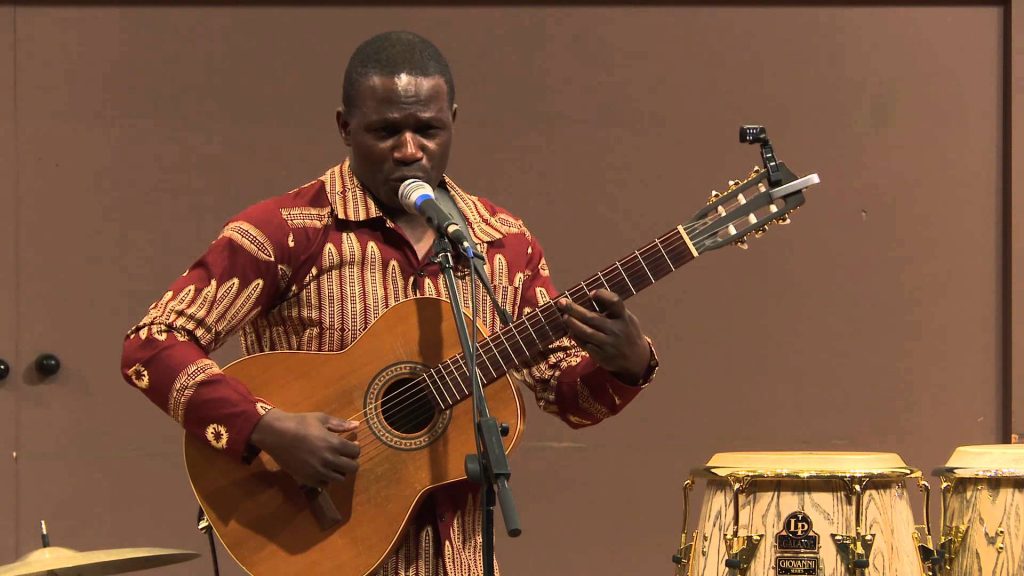 On Friday night, Tendai Muparutsa held his faculty recital as a part of the ongoing series of performances by the Williams College Department of Music. Muparutsa is an artist-in-residence at the College, specializing in African music performance and ethnomusicology. In addition to teaching classes on traditional African dance and performance, he is also the director of the Zambezi Marimba Band and a co-director of Kusika, the traditional African dance group on campus.

Muparutsa is a passionate and humorous performer, and his high energy was immediately palpable. The Brooks-Rogers stage was completely covered with instruments, from the nyunga nyunga (an African instrument that sounds by plucking fifteen keys) to the guitar and the bass. It was a night packed with music of two worlds, blending together into a synergetic whole.

The recital was split into two sets: traditional and contemporary Afro-pop. Muparutsa played four traditional songs, using various African instruments like the nhare, nyunga nyunga and marimba. He was also joined by Jacqueline Fallon on the nyunga nyunga for two of the songs.

This recital was a showcase of his extensive musical talents, but it also highlighted his teaching spirit. Before each piece, he took the time to explain the instrument he was using and the meaning of the song. It made the recital feel friendly, like he was chatting with friends.

He explained the subtle differences between the nhare and the nyunga nyunga – two plucked idiophone African instruments – sharing stories or the inspiration behind each song. “Baya wabaya,” meaning “step step,” evoked a repetitive feeling of walking in its rhythm. “Unga” was a lullaby, soft and peaceful. Each song had its own place in the narrative of the night.

For the second part of the show, Muparutsa performed in a group to bring on the pop spirit. Jason Ennis was on the guitar, Tendekai Mano on the bass and Tom Major on the drums. The four of them came together to showcase nine spectacular contemporary Afro-pop songs, all composed by Muparutsa himself. Each song brought something new to the show. “Hupenyu,” the opener to the second half, was about the zest of life. “Big City” was an ode to the wonders of the urban lifestyle, while “She is There” was a tribute to female beauty. “It’s a Party” was a high-energy dance track, while “Sisi” had more of a swing to the rhythm. Each song was extremely unique, and a testament to Muparutsa’s musical genius.

There was fantastic synergy between the four performers, as they would often trade off to give each other time to shine. Ennis would move through nimble riffs on the guitar, Mano would provide backup vocals and Major would keep the song moving forward, or in some cases, would change the pace entirely. Muparutsa was constantly surprising the audience, whether it be by switching from the guitar to percussion mid-song or jumping off the stage and drumming through the aisles. His rich voice seamlessly floated through the music, just as he drifted from instrument to instrument, stage to audience and back.

Muparutsa told the audience that traditional African music is communal music. There is no one nameable composer for any song; melodies are crafted and developed over centuries by every individual playing them. In that vein, the audience is an integral part of the musical experience. For almost every song, whether it was traditional or contemporary, Muparutsa kept us involved. We were clapping different rhythms for each song, and at times we were even on our feet, swaying along to the catchy beats of Afro-pop; Muparutsa was able to evoke that same communal spirit of traditional African music in his performance. It was a remarkable recital where the audience and the performer came together to make the music.