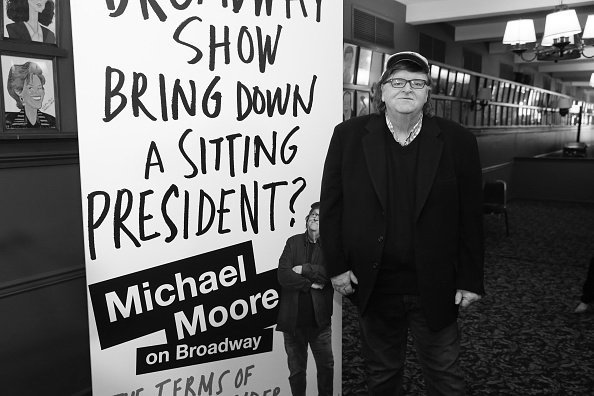 On Sept. 28 Michael Moore’s new documentary, Fahrenheit 11/9, opened at Images Cinema. The film follows President Donald Trump and his ascent to presidency. The title is a reference to both the famous novel by Ray Bradbury, Fahrenheit 451 (which is the temperature at which book paper burns), as well as Moore’s 2004 documentary Fahrenheit 9/11, which discusses the events of Sept. 11, 2001.

This film was intriguing to say the least. Fahrenheit 11/9 begins by bringing the audience back to that infamous night of Nov. 8 in 2016 – election day in the United States. Moore reminds us of how set most of America was on electing Hillary Clinton as our next president. He compares the irony of Clinton’s large, ceiling-breaking venue versus Trump’s small dimly lit theatre box. After Trump had secured the electoral votes to become America’s next president and was coming out to make his acceptance speech, Moore noted,  “no one [had] looked so sad to win.” And so began the Trump presidency.

There is no doubt that Moore has a presence in Fahrenheit 11/9. He not only narrates, but also – more often than not – inserts himself into the film. He does this in a variety of ways, ranging from interviewing congressional candidates and showing archived footage of himself being interviewed to even himself barging into the office of Michigan Governor Rick Snyder with handcuffs to commit a citizen’s arrest. At times, Moore tries to be comical to hold the audience’s attention as well as ease the tension of the Trump presidency, but it comes off as more nonsensical than humorous. For example, when he fails to make the citizen’s arrest, he shows up to Rick Snyder’s home and asks to see him. When denied, Moore decides his best option is to hose Snyder’s house with the contaminated waters of Flint, Mich.

One of the best qualities of Fahrenheit 11/9 is its use of footage. The film brings back the same emotions that one may have experienced during the 2016 elections. Every speech, every rally, every interview felt, for me, as if I was seeing it again for the first time. This could be due in part to our lapse of memory amidst immense chaos. Yet, even with all the mayhem, Moore makes it so that the audience even questions their own ability to detect such corruption in the government.

All who lived through the 2016 election – before and after – remembers the turmoil surrounding it. Fahrenheit 11/9 reflects that. Its argument is clear, but it is messy. Moore gives the audience event after event, but without having much connection between them. The only connection really given is Trump and how he handles or acts in various situations. In fact, what Moore does best is mislead the audience for much of the film. This roller coaster of a film starts off as a diatribe against everything Trump stands for and the ways in which America is crumbling, then turns toshowcasing the incredible men and women fighting for a better America. The film ultimately ends by asserting that this America is not worth fighting for. Moore dismisses the notion of tinkering with the machine and instead wants a completely new and higher functioning machine.

Overall, Fahrenheit 11/9 is a film that very much gives in to the ridiculousness of Donald Trump and his presidency. It theorizes as to how a business mogul become the President of the United States, whether it be through the Flint water crisis or Trump’s need to be paid more than Gwen Stefani on NBC. It leaves the viewer as mind boggled as they likely were on election night. Moore brings these feelings back to tell the audience that they must get out and change our political system because democracy is dying.

The film ends with Emma Gonzalez, a gun control activist and survivor of the Parkland shooting, speaking at the March for Our Lives. With tears in her eyes, Gonzalez speaks about how her fellow classmates would never have the opportunity to do any of the things they used to do because they were killed senselessly. She trails off, somberly staring at the camera, with feelings of anger, sadness and hopelessness reflected in her face. Yet, in Gonzalez’ expression, there is also a spark – and I couldn’t help but to also see Fahrenheit 11/9 as the metaphorical temperature at which democracy is set ablaze.