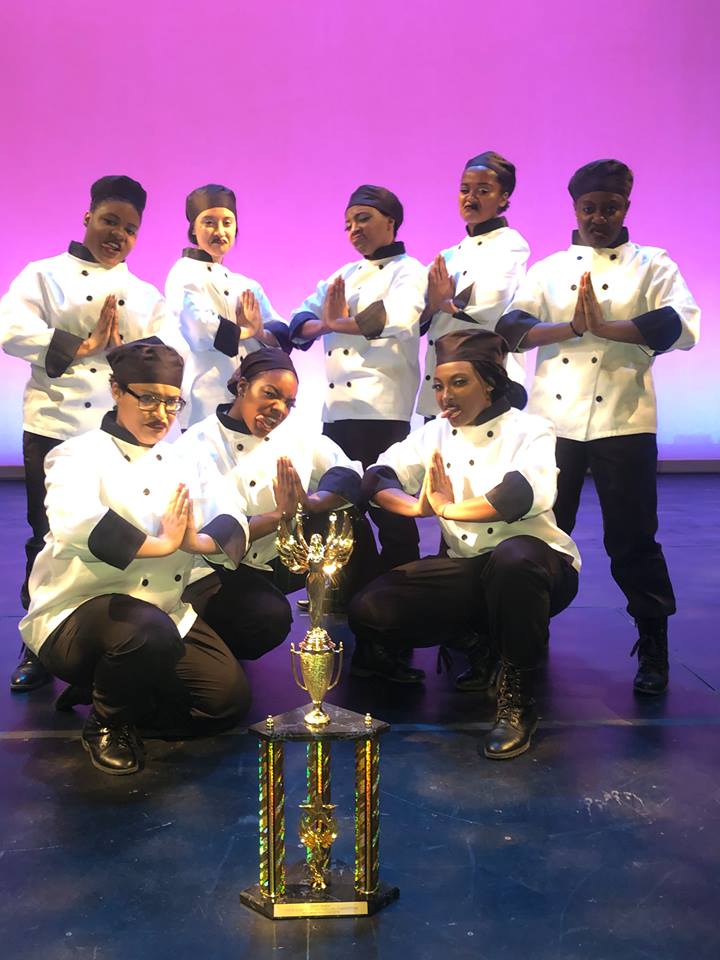 A rhythm swells in the ‘62 Center. Stomp. Clap. Tap. The rhythm spreads from one body to the next, a contagion that built until it exploded into synchronicity. This is the art of Sankofa, the College’s step team, which hosted four step teams from the tri-state area – Blackout and ENVY from Tufts, Cadence from Stony Brook and Nexxus from MCLA – for its 13th annual Steady Steppin’ Forward competition on March 2.

Step is a percussive dance form that uses a performer’s whole body to generate complex rhythmic patterns. Sankofa, established in 1996, has become one of the College’s most prominent student performing arts organizations. Sankofa takes its name from a word from Akan vernacular – which is spoken in Ghana – that roughly translates to “reach back and get it.” The group honors this name; through exuberance and artistry, Sankofa has made step a fixture of the College’s arts community and has ensured that the history and practice of step is not lost.

Step is extremely expressive, using the body as a means of emoting. The expressive nature of step is no coincidence; one of step’s many early influences is gumboot dance – isicathulo, in Zulu – a dance form created by South African gold miners during the South African apartheid. To circumvent both the harsh conditions in the mines and managerial censure for conversing on the job, gold miners developed the characteristic stomps and claps of gumboot dance as unspoken codes of communication.

Step found its American roots, however, not in gold mines but on college campuses. In the early 20th century, Step was a feature of initiations in the National Pan-Hellenic Council (or the “Divine Nine”), a collective of nine Greek organizations at historically Black colleges and universities. Along with songs and cheers, many fraternities and sororities generated unique stepping patterns to display collective spirit. The militant aesthetic of step may also have arisen from its Greek roots, as some of the universities parent to these Greek organizations – including Howard and Cornell – had an ROTC requirement at the time for male students. Though certainly now coed, step reflects its military roots in the synchronicity of its drills.

The military influence is reflected in step’s honorific titles as well; practice leaders Ahmed Al Khalayla ‘19 and Melanie Graciani ‘19 are known as “Drill Sergeants.” Minh Tran ’19 and Olaide Adejobi ’19 serve as presidents of Sankofa, managing the administrative side of the team.  “Being a stepper is such unique experience that can be hard to understand if you don’t do it – it requires a lot of discipline, practice and drilling,” Adejobi said. “The thing I really loved about being able to host the competition this year was how tapped in it made me feel to the form.”

While step has moved beyond Greek life, its relationship to fraternity and sorority culture may explain why step teams are often more recently established in liberal arts colleges, since many have either dissolved their Greek organizations or had none to begin with. “Step teams at other schools are a lot different than ours,” Tran acknowledged. “Other schools tend to remain very tied to stepping’s roots in fraternities and sororities, so it’s more about getting crowds hype and being loud. We tend to incorporate different forms of dance in what we do, in large part because of the various dance backgrounds of our members. So what we do tends to look a lot differently than what we see in other schools.”

Adejobi agreed, and spoke to the impact of engaging with a larger step community.  “Even though we don’t really have a ton of interaction outside of those few competitions we compete in, I’ve found that there’s a lot of camaraderie in the intercollegiate community,” Adejobi said. “I was hanging out a lot with one of the teams and got to talking… Some of the challenges [they] have are ones Sankofa has as well.”

Tran and Adejobi acknowledged that the diversity of the step community contributes to the fluidity of step as an art form. “People bring a plethora of experience with them, dance or otherwise, to the table,” Tran said. “People bring their own tastes in music as well, so we’ll have choreography to a bunch of different types of music, from hip hop to dancehall to straight up Rage Against the Machine.”

“Sankofa is composed of folks from so many radically different backgrounds who are all really amazing,” Adejobi said. “I’m happy that we were able to bring different styles of step to the campus.”