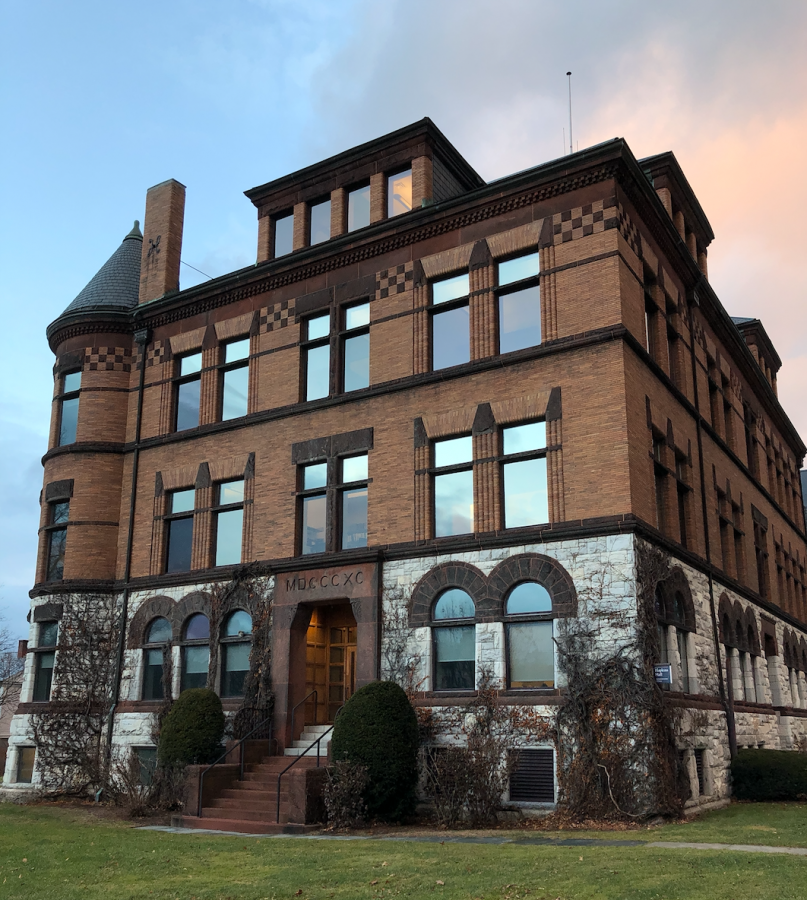 220 students have self-reported positive tests since arriving on campus.

The College will no longer require weekly asymptomatic testing or masking in most places on campus, Chief Communications Officer Jim Reische announced in an Aug. 5 all-campus email. This semester marks the first time since the beginning of the COVID-19 pandemic that the College has not required surveillance testing.

Since students began arriving on campus for the fall semester, the number of COVID cases on campus has spiked. In an email to the campus community on Sept. 19, Reische reported 110 active student cases via self-reported positive COVID tests and 31 current staff and faculty cases.

In a Sept. 18 email to the Record about cumulative case numbers since the fall arrival period, Reische added that an additional 110 students have completed isolation since the start of the year, bringing the total of self-reported student cases to 220. The number of students currently in isolation is “down from 165 [active cases] on Friday [Sept. 16],” he wrote. “The number is expected to continue declining as students test out [of isolation].”

Last year, the College implemented a weekly mandatory surveillance testing protocol using PCR tests. Following the discontinuation of this protocol, students will now have access to antigen tests for asymptomatic weekly testing and mandatory symptomatic testing. The College will not provide PCR testing, according to Reische’s Aug. 5 email. “Rapid antigen tests, which typically return results in about 15 minutes, are better suited than other types of tests to help limit the spread of highly contagious and quickly spreading COVID variants like the ones currently prevalent here,” he wrote.

Students were also not required to mask in most communal spaces upon arrival, except for the first meetings of classes and labs, after which faculty could make masking required or optional at their own discretion. In response to a Record inquiry, Reische said that the College does not collect information about what proportion of faculty requires masks in their class meetings.

The College did not require students to quarantine upon arrival as it did in previous semesters. Instead, Reische explained that, in alignment with testing policy surrounding previous arrival periods, students traveling back to campus should test once before departure and twice after arrival via antigen tests provided by the College.

Reische said that a mandatory arrival quarantine protocol was not necessary given current vaccination and hospitalization rates. “During the peak of the pandemic, arrival quarantines were an important part of the solution,” he wrote to the Record. “Many people were still in the process of getting vaccinated, and hospitalization rates were still quite high.”

He added that an arrival quarantine would have complicated the move-in process and the first week of classes. “Instead of the 200-odd students who’ve been in isolation so far this year, we would have had 2,000-odd,” he wrote. “That felt excessive for the current circumstances, which include higher campus vaccination rates and a lower level of hospitalization risk.”

This year, the mailroom has become the primary distribution point for students who wish to obtain antigen tests due to its accessible, central location, Reische said. However, some students have reported that there were shortages of testing kits in the mailroom and that mailroom staff asked them whether they were experiencing COVID symptoms as a prerequisite for receiving tests, despite the College stating that all students would have access to tests. Mailroom staff were asking about symptoms to verify that students were not using the antigen tests for daily asymptomatic testing, which Reische said is beyond the “intended purpose” of the tests.

In his Sept. 19 Campus Operations and Business Continuity Update, Reische responded to student concern about shortages in antigen tests in the mailroom. “We have plenty of tests to meet the community’s actual needs under the terms of the program,” he wrote. “Facilities also provides a restock whenever the mailroom runs out. But if people College relaxes masking and testing protocols for fall; COVID cases spike request lots of extra tests and use up them daily, on stuff they don’t actually work for, it’s going to eat up the available supply and meanwhile deprive other people of the means to test.”

The College discontinued its online dashboard that published information on COVID tests issued at the College and their results due to the end of mandatory COVID testing, according to Reische.

Reische stated in a Sept. 18 email to the Record that, for the same reason, the College does not currently have plans to reinstate the dashboard despite the recent uptick in cases. “We deactivated the campus COVID dashboard at that same time, because the validity of the underlying data depended on campus-wide participation in a mandatory surveillance program,” he wrote. “Faculty masking rules or student decisions about events didn’t figure into our decision [to discontinue the dashboard] at all.”

Reische stated in his email to the Record that the College has decided to communicate COVID data to students in the Campus Operations and Business Continuity Updates, which summarized COVID data and issued revisions to College COVID policy.

“We were initially reluctant [to communicate COVID data] because a voluntary, symptomatic self-testing program naturally undercounts the true campus positivity rate,” he said. “So sharing the numbers could foster a false sense of security. As the numbers rose and more people asked for the data, though, we wanted to be responsive.”