The Williams Record • May 11, 2022 • https://williamsrecord.com/461097/news/ioit-grinnell-student-dining-workers-union-expands-to-include-all-grinnell-undergraduate-workers/ 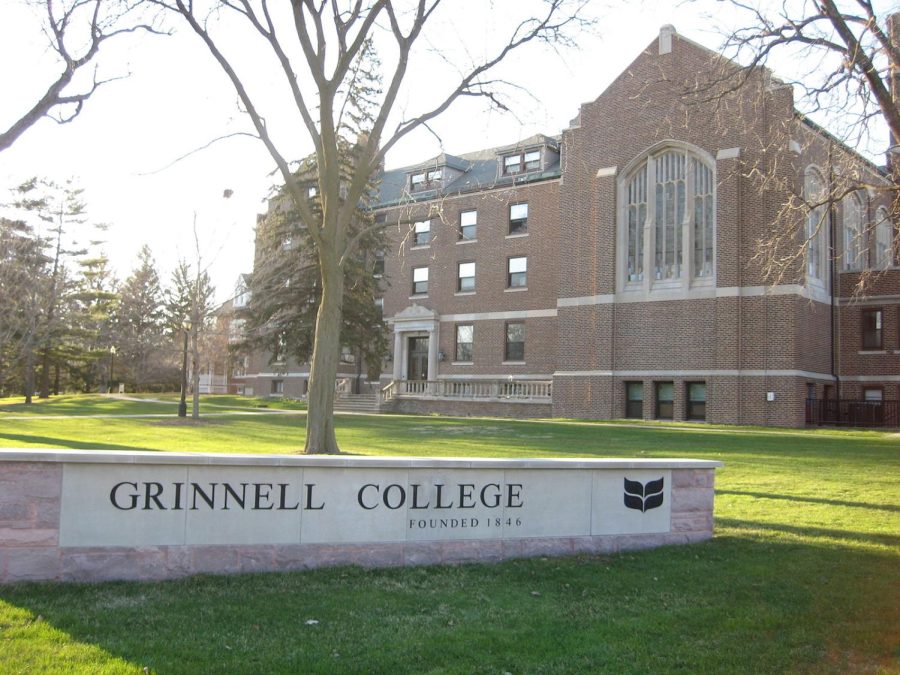 Quinn Casey and Will Royce

UGSDW started in 2016, after 91 percent of student dining workers voted in favor of unionization. At the time, base wages for student dining workers were $8.50 per hour. UGSDW has since negotiated base pay up to $10.40 per hour, along with bonuses, guaranteed rest breaks, food safety training, and a grievance procedure, according to its website.

In an interview with the Record, Isaiah Gutman, a junior at Grinnell who will become president of UGSDW in July, noted the conditions that led him to join and become an organizer for the union. “When I came here in 2019, [Grinnell] already had a union for student dining workers,” Gutman said. “And that was clearly very necessary, as I quickly learned in the dining hall. I worked there my first semester. It’s not a fun job… [It’s] especially difficult because there’s chronic understaffing in the dining hall.”

Student workers first voted to expand the union to all undergraduate workers in 2018, but Grinnell appealed the vote and asked the National Labor Relations Board (NLRB) to overturn a 2016 decision affirming the right of undergraduate workers at private colleges to organize. UGSDW withdrew its petition, fearing that the NLRB under former President Trump’s administration would overturn the ruling and set a precedent that would hurt student worker organizing efforts nationwide. Now, after last month’s vote, which Grinnell agreed to respect, the union has become the first union in the country to represent all undergraduate student workers at an institution.

Rather than any outside organization pushing them to unionize, Gutman said, “It was just student workers who looked at their conditions and said, ‘Every single time we go to the college, every single time we have an issue with our job, we get nowhere.’”

Student workers at other peer institutions are also organizing for unionization. On March 22, the Wesleyan Union of Student Employees, comprised of student workers in residential life, became the first undergraduate student workers union in the country to be voluntarily recognized by their college. The Student Worker Collective at Dartmouth, a union of student dining workers, announced on March 30 that it had voted unanimously in favor of unionization. And, at Kenyon College, many student workers are currently on strike in an effort to get Kenyon’s administration to recognize the Kenyon Student Worker Organizing Committee as a union.

Williams has no similar student worker organizing efforts, but some students shared with the Record their thoughts about student work and hopes for unionization. Ruth Kramer ’22 has held many jobs on campus, including audio and video technician for the women’s soccer team, desk assistant in Schow Library, and assistant for the Dean’s Office during the summer. She was also a Junior Advisor (JA) and Housing Coordinator — before these positions were paid — and served on the JA Advisory Board (JAAB), a body of current and former JAs representing the interests of JAs to the College administration, this year. Over the past few years, JAAB has advocated for the College to pay students in residential life positions at the College. To Kramer, the College was “light-years behind other schools” in paying student residential life workers.

Kramer said that she thinks a student workers union at the College could further give a collective voice to student workers, even as the roles that student workers take on differ. “For example, I know that my experience at Schow was really different from other people’s experiences at Sawyer, even though we both are working library positions,” said Kramer. “And I think maybe having that ability to be like, ‘This is what I’m experiencing as a student worker,’ and raising those concerns with a larger community would be really helpful, and probably shine more light on the things that student workers have to do.”

“I think [a union] makes another powerful subgroup and subset of students who are asking for accountability from the school, which I always think is a good thing,” Kramer added.

Shoshie Hemley ’25 expressed a different view about the student working conditions at the College in an email to the Record. “I work four jobs at Williams — as a Chapin [events] worker, an assistant for the music department, a research assistant, and a tour guide,” she wrote. “However, I don’t really feel a strong need to unionize here on this campus, but I wouldn’t be opposed if others started a movement.”

“I lived in Iowa and have worked there, and the minimum wage is $7.25, almost half of our minimum wage here,” Hemley said. “To be frank, working conditions at Williams are really generous and good in comparison to most other schools, and the pay is great in comparison to other states, especially when students have financial aid that allows them to keep the money they earn for themselves.”

Clarissa Dominguez ’22, who has worked in Dining Services, Special Collections, and as a research assistant in the Political Science department, said she struggled to balance studying and work-study because she did not have jobs where she could do coursework on the clock. “It was always this question of ‘Can I work this many hours so that I can pay for my expenses and then sacrifice my school work?’” Dominguez said. “Or ‘Do I just cut down and really budget and then focus all on my school [work]?’”

“Maybe having a union amongst the various different kinds of student workers can foster discussions about the balance and distribution of work [which] might be interesting, but I don’t know what those conversations would look like,” Dominguez said.