The Williams Record • May 4, 2022 • https://williamsrecord.com/460967/news/in-other-ivory-towers-harvard-dedicates-100-million-to-address-its-ties-to-slavery/

In Other Ivory Towers: Harvard dedicates $100 million to address its ties to slavery 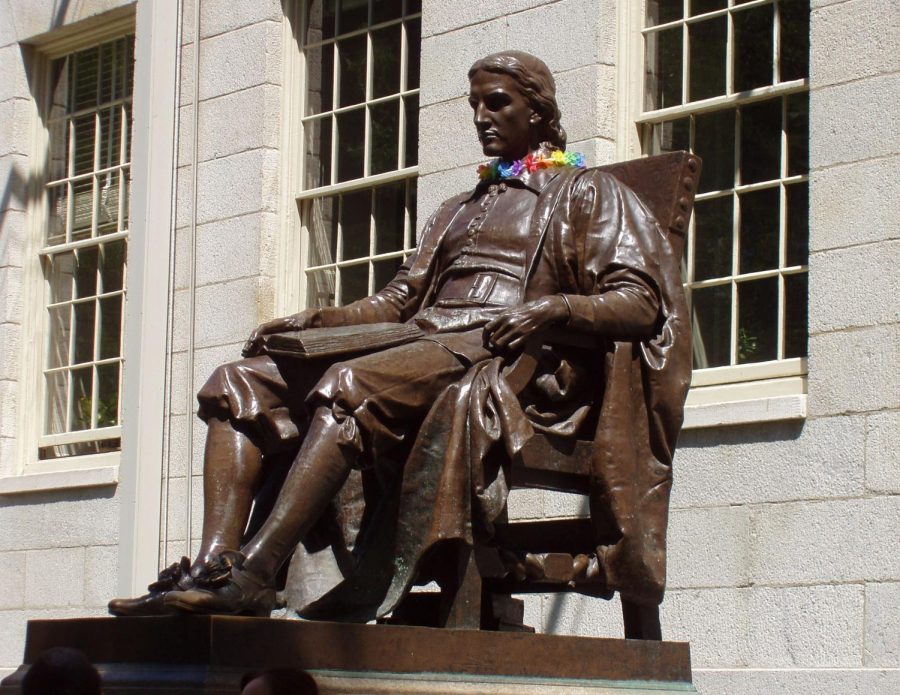 Harvard will commit $100 million to address its ties to slavery, University President Lawrence S. Bacow announced in an email to the Harvard community on April 26.

The announcement comes on the heels of a landmark report commissioned by Bacow and published by the university that details the school’s legacy of enslavement. The report, which was written by fourteen Harvard faculty members, is the product of a more than two-year-long investigation into the university’s institutional history.

According to the report, for nearly 150 years, Harvard administrators, faculty, staff, and major donors enslaved dozens of men and women, many of whom “labored on campus.” The report was able to identify 85 of the enslaved individuals — though, it added, this figure “is almost certainly an undercount.”

In addition to Harvard’s direct ties to slavery, the report also found that the university had significant financial entanglements with slavery “well into the 19th century.” The university profited from investments in industries that made use of enslaved people’s labor, including Caribbean cane sugar and cotton manufacturing. Furthermore, some of the money that Harvard received through gifts and bequests during that period came from the trading of enslaved people, profits from their labor, and the cotton textile industry.

The legacy of Harvard’s slaveholding past continues into the present, according to the report. Several features of Harvard’s campus bear the names of prominent slaveholders and their relatives. These include Winthrop House and Mather House — two of the school’s 12 undergraduate houses — along with dozens of plaques, portraits, statues, endowed professorships, institutes, and university-affiliated buildings across Cambridge, Mass.

The report concludes with seven recommendations to the Harvard Corporation, a powerful governing board at the university. These recommendations include a call for Harvard to partner with historically Black colleges and universities and a request that Harvard work to address inequities that affect the descendants of slaves throughout the United States. The report also asks that Harvard strengthen its relationship with Indigenous communities and with the descendants of those directly enslaved by the university.

In an email to the Harvard community, Bacow announced the creation of a committee that would work toward implementing the report’s recommendations and stated that the Harvard Corporation would create a $100 million fund to support these efforts.

“While Harvard does not bear exclusive responsibility for these injustices … Harvard benefited from and in some ways perpetuated practices that were profoundly immoral,” Bacow wrote. “Consequently, I believe we bear a moral responsibility to do what we can to address the persistent corrosive effects of those historical practices on individuals, on Harvard, and on our society.”

Harvard is not the first institution of higher education to grapple with its history of enslavement in recent years. In December 2020, Johns Hopkins University announced that its eponymous founder — historically characterized as an abolitionist — was actually a slaveholder. In 2016, Georgetown University disclosed that one of its former presidents had sold 272 enslaved individuals in order to prevent the school’s bankruptcy. And in 2006, Brown University released a 107-page report cataloging the school’s long involvement with the slave trade.

Williams has its own recorded history of slavery. Ephraim Williams Jr., the original benefactor of the College, enslaved at least five Black people — a fact that is well-documented by historians and students at the College — and which is highlighted in this year’s Williams Reads book. Nor do the College’s ties to slavery end with Williams; Benjamin Simonds, a founder of Williamstown and the College, enslaved at least two individuals, and Lawrence Hall is named after a cotton merchant who profited from slavery.

While the College has never issued an official response regarding slavery that resembled Harvard’s promise for action, the College’s Committee on Diversity and Community issued a report in 2021 that asked the College to “take a proactive approach to examining current names across campus, including those as prominent as the institution’s namesake.”

In an all-campus email this fall, President of the College Maud S. Mandel recognized the Committee’s work and recommendations. “I especially want to highlight here last spring’s report by the Committee on Diversity and Community, which proposes ways of opening Williams up to varied perspectives on our institutional history,” Mandel wrote. “Senior Staff have begun discussions about the many initiatives recommended in that report, discussions we will expand this year to those whose work is implicated, from the Board to campus units. I am grateful to the Committee for their effort and ideas.”