As faculty prepares to vote on eliminating College swim test, opinions are mixed 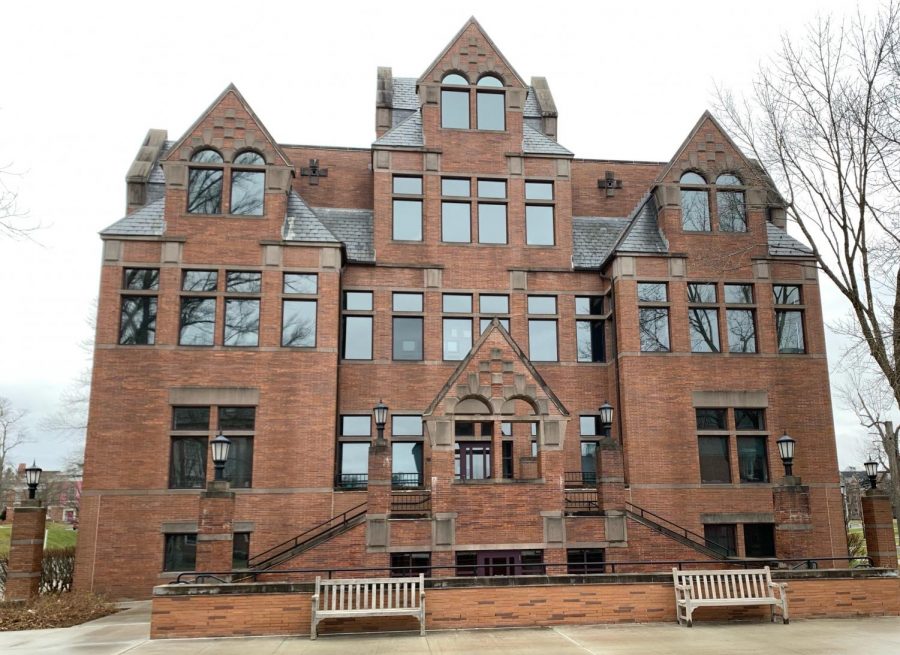 The faculty will vote at the May 11 faculty meeting on whether to eliminate the College’s swim test — a graduation requirement that the Committee on Educational Affairs (CEA) has criticized for having a disparate impact on students from underrepresented minority backgrounds.

The College requires students either to pass a basic swim test, typically held during their first week on campus, or to take a beginner swim class as one of their four physical education credits. From fall 2013 to fall 2019, an average of 47 students took the six-week-long swim course each year, according to data in the CEA’s proposal for eliminating the swim requirement. Over that period, 81 percent of these students were domestic students of color, 16 percent were international students, and only 3 percent were white domestic students — while roughly half of the College’s students are white domestic students.

“We believe that a requirement with such a disparate impact is problematic,” said Professor of Political Science Cathy Johnson, faculty chair of the CEA, at the April 13 faculty meeting, where faculty discussed the proposal ahead of the vote in May.

The CEA also argued that the requirement lacks justification. As the committee’s proposal puts it, “The College does not require that students learn other important life skills in order to graduate, and we give students many choices in meeting other degree requirements.”

It is unclear exactly when or why the College instituted the swim requirement. It was in place at least as early as the 1920s, according to College Archivist Sylvia Brown; it was abolished in 1936 but reinstated sometime in the next few decades.

At the April 13 meeting, the faculty had not reached a consensus about the swim requirement. While some professors voiced their support for eliminating it, effective immediately, others defended it. Many of those in favor of the CEA’s proposal spoke highly of the beginner swim course and advocated that it be strongly encouraged — but no longer required — for students who do not know how to swim.

“We think [the class] is a wonderful opportunity,” CEA member and Professor of Chinese Christopher Nugent said, stressing the distinction between an opportunity and a requirement. But he said the required test could be hard on students, from those who are uncomfortable using the pool’s gendered locker rooms to those who would rather not wear a swimsuit around their peers in their first week on campus.

Nugent also noted that the CEA, in evaluating whether to end the swim requirement, had examined general drowning statistics. “Spoiler alert: It’s mostly drunk men who drown, above the age of 15,” he said.

Some professors expressed support for the swim requirement because they themselves had benefited from the beginner course. Professor of Economics Jerry Caprio ’72 said he had learned to swim as an undergraduate at the College — which, he reflected, he wouldn’t have done without the requirement — and was glad that he had. Assistant Professor of Art Pallavi Sen, who took the beginner swim class as a professor, declared her appreciation for the “incredible and really empowering” opportunity to learn to swim at the College. “I love this requirement, and I love that it is here, and I really support it,” she said.

Steve Kuster, head coach of men’s and women’s swimming, was praised by several faculty for teaching the beginner swimming course for over two decades. Director of Athletics Lisa Melendy read aloud several glowing course evaluations by students who expressed their gratitude to Kuster for teaching them how to swim.

At one point in the faculty meeting, Kuster himself stood up to talk about the value of the requirement, though he said he was “not going to stand here necessarily and fight” the proposal to eliminate it. He said he believed that students who were not required to learn to swim would choose not to — which would be a loss for them. “I see an opportunity to arm students with a life-saving skill … and potentially change the lives of people who don’t know how to swim,” he said.

Students, like faculty, hold varying opinions on the merits of the swim requirement.

Zoe Price ’25, who passed the swim test in the fall, said they disapprove of the requirement. “It tells students what the normal Williams College student is and what the normal Williams College student should be — and that person is able-bodied and has the ability to swim,” they said. “It doesn’t make a ton of sense why the swim test, of all things, is a graduation requirement.”

Argenis Herrera ’22, meanwhile, described himself as an avid defender of the swim requirement. During First Days 2018, a few days before the swim test was administered to first-years, he got into a “near-drowning incident” in the Hoosic River, and his Junior Adviser had to save him. “It was an interesting start to college,” he said. “But it makes for a good story.”

That experience demonstrated to Herrera that he could not swim, so he decided to forgo the test and simply sign up for the beginner class. Given his brush with drowning, he was eager to learn to swim. “I came in not knowing how to swim, and I emerged — I wouldn’t say confident — but much more confident, knowing skills that would save my life if I ended up in the Hoosic River again,” Herrera said.