College admits 8.5 percent of applicants to Class of 2026 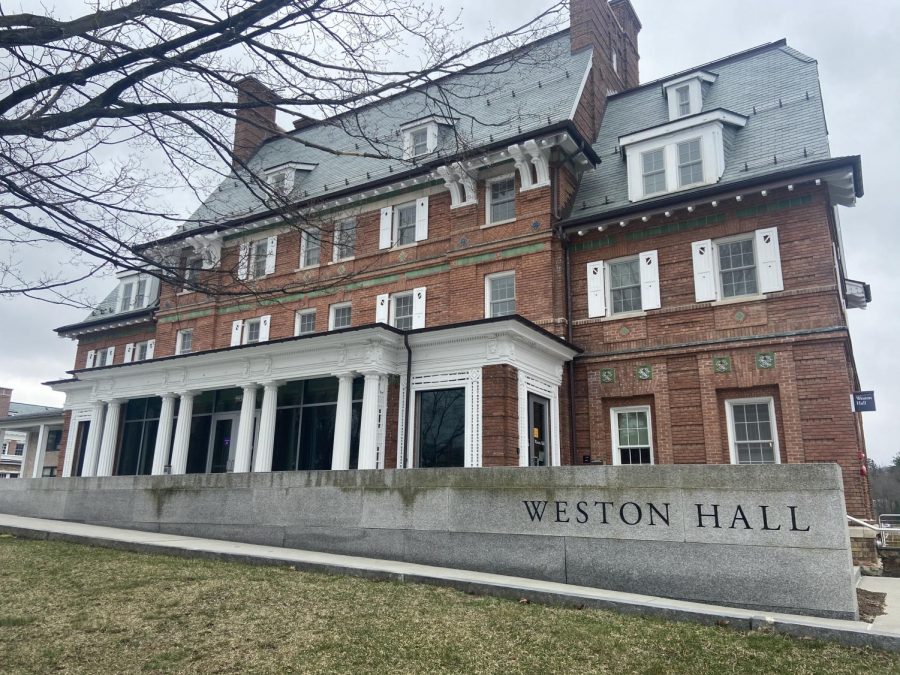 The College admitted 1048 prospective students to the Class of 2026 through the regular decision process on March 18, according to Dean of Admission and Student Financial Services Liz Creighton ’01. The students who accept the College’s offer will join the 255 students admitted to the Class of 2026 through the College’s binding early decision admissions process. The College received 15,321 total first-year applications, setting a record for the number of applications and exceeding the College’s estimates. 14,305 of those applications were received through regular decision.

The College’s overall acceptance rate for the Class of 2026 is 8.5 percent, a decrease from the 8.8 percent of applicants who were admitted to the Class of 2025. While the College’s Office of Communications has published admittance rates in recent years, Creighton wrote in an email to the Record that the admissions office itself has decided to only release the raw numbers of applicants and accepted students. “There is so much stress surrounding the college process and boiling any of it down to single figures doesn’t do justice to the really remarkable students — many of whom we are not able to admit — who express an interest in Williams,” she wrote.

Altogether, 1,303 students were accepted to the Class of 2026, 2,241 were waitlisted and 10,959 were denied. According to Creighton, typically one in three students offered a place on the waitlist chooses to remain active. In the past five years, around 25 students have been admitted from the waitlist, she wrote.

During last year’s admission cycle, which considered applications to the Class of 2025, the College admitted 1099 students, a decrease from prior years. This number was likely affected by the 130 students admitted in the Class of 2024 who decided to take a gap year. When admitting the Class of 2026, however, Creighton said that gap year students did not have an abnormal impact.

The College originally went test-optional for the 2020-2021 admissions cycle in response to mass testing cancellations as a result of the COVID-19 pandemic. The College extended this policy for two more years as a pilot program to evaluate the permanent elimination of the testing requirement for the admissions process. “The admission process evolves every year and our test-optional pilot is just one more example of that evolution,” Creighton wrote.

In addition to first-years, the College has admitted 18 transfer applicants. Two U.S. military veterans were admitted through the first-year process and six veterans were admitted as transfers. To give admitted students a glimpse into life at Williams, the College hosted its first in-person Previews programming since the start of the pandemic on April 11, where prospective students were invited to take tours around campus, sit in on classes, and have the opportunity to hear from various student groups and administration members. The College will also host virtual Previews programming on April 14 and 15.

According to the College’s website, admitted students to the Class of 2026 have until May 2 to decide whether to enroll and admitted transfer students have until June 1.