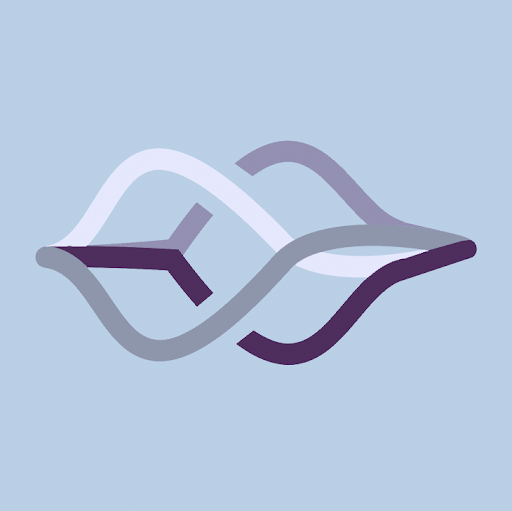 Hormonious Flo is a new app that offers an AI menstrual health coach that provides personalized suggestions based on the user’s age, cycle, and symptoms. (Image courtesy of Sasha Cayward.)

There are dozens of period tracker apps that can tell a user when their menstrual cycle may begin and end and note symptoms at certain points in one’s cycle, but few of these apps provide more specifics or offer ways to improve menstrual health. At the end of this month, that will change when co-founders Sasha Cayward ’22 and Alexis Abayomi launch a new app, Hormonious Flo, which not only tracks a user’s period and symptoms but also uses AI technology that provides personalized nutritional, fitness, and task management advice to improve the user’s daily life.

Cayward explained that while period tracking can be helpful, there’s a lot that happens in the three weeks between a menstruator’s periods that many people may not know about. “The hormonal cycle is not just the period — that’s what it culminates in — but there’s another 21-ish days in between those bleeds,” Cayward said. “And in those other 21 days, the different hormones are doing different things… It affects cognition, bloating, memory, energy, libido, weight gain, [and] weight loss.”

As menstruators go through the four phases of the menstrual cycle — follicular, ovulatory, luteal, and menstrual — their hormone and energy levels fluctuate, Cayward explained, so there are different ways to change one’s lifestyle in order to line up with the menstrual cycle. The app gives specific suggestions, including nutritionist-developed meal recipes, exercise routines, and daily scheduling based on where a user is in their menstrual cycle and what their hormone levels might look like. The app is unique in that it is tailored to each user, and all of these suggestions are personalized based on the user’s age, cycle, and symptoms.

“It’s more than just a period tracker,” said Emma McTague ’23, a friend of Cayward’s who is also passionate about menstrual health and has aligned her lifestyle choices with her cycle — a practice called cycle syncing — for the past year. “There are a lot of variations of that simple model that spits out guesses about ovulation. [Hormonious Flo] is not a cycle tracking app… You plug in the days, and it gives you info about food, exercise, energy levels, which is what cycle syncing is. It’s more than just the numbers.”

As a psychology and religion major and neuroscience concentrator, Cayward studies the menstrual cycle from both a scientific and holistic perspective. She emphasized the importance of listening to scientific studies instead of fads that may be trending on social media but don’t have the facts to back them up. “For us, [the app] really is a way to maximize our energy, our moods, [and] our productivity that goes with our bodies versus actively going against it through all these fad diets and fad workout routines and fitness plans and productivity wellness hacks that have not been studied on women,” Cayward said.

The intersections of Cayward’s academic interests allow her to explore menstruation from perspectives of both spirituality and health. “What I study is the psychology of happiness and the psychology of well-being and how to live a happy and fulfilling life,” she said.

For Cayward, her personal struggles with menstrual health led her to want to help other people with theirs. “Periods and hormones have always been something that I’ve struggled with,” she said, noting that she lost her period at 16 due to intense athletic training and didn’t know how to address her symptoms once she gained it back.

She was inspired to pursue natural solutions to her menstrual struggles on her gap year in England last year, after listening to an episode of a podcast called “What’s the Juice” about the menstrual infradian rhythm and hormones. “I was in the countryside of England, and I was walking through these cow pastures listening to this podcast, and I just kind of stopped and started crying,” she said. “And it was like the answer that I’ve always been asking all my doctors for … for the past six, seven years.”

After doing her own research and working as a health coach for multiple clients during her year off, Cayward decided to go all in and create something that would truly make a difference. She met Abayomi, her co-founder, during a webinar for women in business. Abayomi, a graduate of Imperial College London who majored in mechanical engineering and material sciences, had already created an app that Cayward described as a “grocery list to help you shop for your cycle,” since different foods are more helpful with balancing hormones at different times in the menstrual cycle. Cayward and Abayomi started talking and realized they could take the app to the next level. “We were like, ‘This can go so much bigger,’” Cayward said. “It’s not just food… We were just like, ‘Let’s do it. Let’s create this thing that we needed when we were younger.’”

With Abayomi’s experience in programming and software development, Cayward’s research and writing, and their shared passion for menstrual health, the pair has a diverse set of skills. While Abayomi worked on coding and designing the app, Cayward created personalized programs and recorded audio tracks and videos for the app.

The pair funded the beginning stages of the project themselves but have since gained quite a few investors. They applied to Techstars, which is one of the largest and most prominent incubator acceleration programs for businesses, and were one of the 10 companies out of 300 that won a pitch competition, which valued the app at $2 million before investments.

Right before her gap year, Cayward studied abroad at the University College London, so she entered a pitch competition for alums and won first place, receiving a grant for £3000. The pair also won a $10,000 grant from Starling Bank through a grant application.

Through the entire pitching process, Cayward said she never encountered anyone who was uncomfortable with or repulsed by conversations about menstruation. “We’ve only had open eyes and dropped jaws as we talk about this,” she said. “Because a lot of them are like, ‘Why didn’t we learn this in school? Why aren’t we talking about this?’”

The co-founders are also working to make the app more inclusive to menstruators, not just those who identify as women. “We really wanted it to be accessible to everyone,” Cayward said, noting that not all women menstruate and not all people who menstruate are women. “We’re working to make it more gender neutral. At the moment, it is geared towards cisgendered women, but we want it to be eventually very gender neutral.”

Cayward also mentioned that it is important to her and Abayomi, who is of Nigerian descent and struggles with fibroids (abnormal growths in or on the uterus), to help menstruators of color who are statistically more likely to suffer from menstrual issues due to biological factors and inequities in healthcare access. “Women of color have a lot more issues when it comes to menstrual health. Fibroids [and] endometriosis [are] a lot more prevalent,” she said. “And so being able to really target these minoritized audiences has been incredible.”

Though the app’s subscription plan, which provides personalized programs, costs $5.99 per month or $60 per year, it is free to download. McTague said she thinks it will be worth every penny. “It does take money and time to do the research yourself,” she said. “We’re not taught the basics about our bodies, as women and as people who have periods. Hopefully people pay for this catch-all source instead of buying a book here, a movie there. This would make it easier and financially more accessible in the long run.”

Cayward said she believes in the potential for Hormonious Flo to make a change in people’s lifestyles, as she and Abayomi have already seen the improvements menstruators make by cycle syncing. “We’ve worked with over 100 women at this point through [Abayomi’s original] app, through my own side practice that I was doing and through conversations and just getting people’s suggestions and advice,” Cayward said. “And the results — well, the results don’t lie. You start working with your body, your body works with you.”