‘Like ripping a Band-Aid off’: Former varsity athletes reflect on leaving their teams 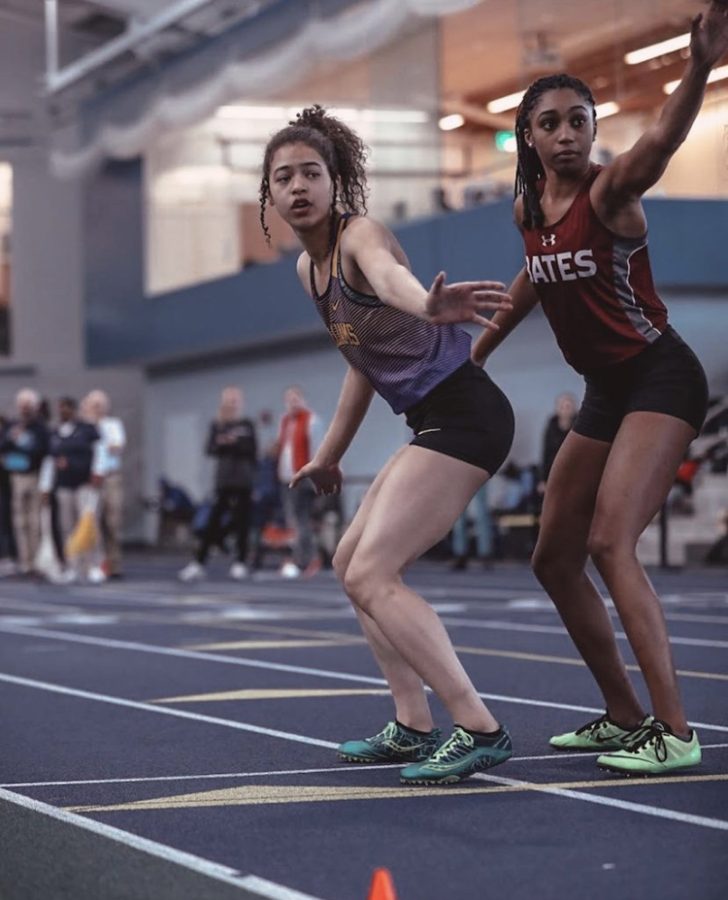 Four former student-athletes discussed their decision to leave their sport while at the College. (Photo courtesy of Scarlet Rusch.)

Every student-athlete who arrives on campus for their first day does so with deep passion for their sport. The time commitment of varsity athletics, alongside the demanding academic and extracurricular schedules of the College, necessitates a willingness to sacrifice parts of a typical collegiate experience. For some, however, as they spend more time at the College, the tradeoff is no longer worth it. The Record spoke to four former varsity athletes about the process of leaving a team, the reasons behind their decision, and the lasting impact it has had on them.

Before arriving at the College, Brooke Flagler ʼ23 had been playing volleyball for 12 years. Early on, she said that she knew that she wanted to play the sport at the next level. “I had been emailing coaches since eighth grade,” Flagler said. “But I was always too short … my nickname for three years was ‘the shrimp.’”

While Flagler had an interest in playing volleyball at the College, she did not obtain a direct spot on the team until after acceptance. “Even though I’d been in contact with [head volleyball] Coach Kelsey, I wasn’t really recruited,” she said. “So I think that gave me a little bit of an easier time to leave the team, because I knew I wasn’t going to leave a huge hole behind.”

Many athletes described a shift in their relationship with their sport over the course of their time at the College. For Maddy Lacasse ʼ22, a women’s crew recruit, the change was particularly apparent. “Looking back on freshman year, I very much enjoyed being on the team and rowing,” she said. “I think it helped me transition to college.”

However, entering sophomore year and having to deal with the additional pressure of the COVID-19 pandemic, Lacasse began to experience doubts. “I kind of started to question, ‘Oh, is [rowing] something that I really want to keep doing?’” Lacasse said. “‘Are the benefits I get from it worth the sacrifice of being stressed all the time and having three-hour practices?’ … Once COVID happened, I didn’t row for a while and I didn’t miss it.”

Woody Martineau ʼ22, a recruit for the men’s Nordic skiing team, found the transition from high school to college athletics difficult. “I went to a small school and I skied for a very small club, [but] I was able to compete at a very high level with much larger clubs, and that gave me a lot of confidence,” Martineau said. “After I came to Williams, I stopped improving, which was difficult for me because I was training more, working harder, and the race results just weren’t coming.”

The effects of the pandemic and a serious injury the fall before his sophomore season also contributed to Martineau’s decision. In the summer before his junior year, with the cancellation of the winter skiing season due to COVID imminent, Martineau decided to leave the Nordic team. “It was a gradual realization that it just wasn’t making me happy,” he said. “Happiness and winning came together, which was pretty unhealthy. When I was good, and I was finding success, I was very happy with that. But then once I stopped improving and finding success, the happiness disappeared as well.”

For Scarlet Rusch ʼ23, a recruit for the women’s track and field team, a lack of diversity played a role in her decision to leave. “I didn’t really fit in with the culture of the team, but I feel like a lot of POC [people of color] feel that way,” she said. “Socioeconomically, Williams is a very particular place, and I think that ties in a lot with the sports team culture. I just don’t have a lot of similar experiences to a lot of people on the team or at school.”

Many athletes also expressed a desire to explore other passions outside of their sport. “I was realizing that my love for volleyball had waned,” Flagler said. “I love theater and I want to go into the film industry, so I wanted to spend more of my free time doing something creative. When I was home for COVID, I spent my whole sophomore year just working on a short film, and [now] I’m producing that.”

Lacasse has also taken advantage of the greater flexibility her departure has given her, joining the Berkshire Doula Project and an on-campus psychology research lab. “I feel a lot more fulfillment from my academics,” Lacasse said. “I really enjoy school, and it was hard to feel like I couldn’t give as much as I wanted to because rowing was taking a lot of my energy.”

Rusch also said that the time commitment was important in her decision. “I didn’t want to spend all of my time doing athletics,” she said. “I’m a writer — a lot of what I believe about writing is [that] you need a lot of leisure time and different experiences, and I just felt like committing myself to a rigorous athletic program wasn’t gonna work for that.”

According to Lacasse, leaving a team does not require leaving behind the relationships forged. “Even though I don’t see my whole team every day, I feel like my friendships with my [former teammates] are stronger because I’m in a better place mentally,” Lacasse said. “I have more energy to give to my friendships, whereas before I always felt very drained.”

Lacasse added that her decision was made easier by friends who had also decided to leave their teams. “One of my best friends, once I quit, also decided that she wanted to quit,” Lacasse said.”

While on-campus support systems helped, making and sharing the decision was still challenging. Flagler said that breaking her decision to family and friends was especially difficult. “For the longest time, [my dad] was the one who would drive me to all my practices when I was a little middle schooler, so he was definitely disappointed,” Flagler said. “My grandfather … was a little bit heartbroken. He was like, ‘Oh, I can’t even watch you online anymore.’ But ultimately, they were supportive. They just wanted me to be happy.”

For Rusch, whose father passed away when she was 15, the pressure to stay with her sport was particularly strong. “My dad was so proud of me and my biggest supporter,” she said. “I have different memories of him cheering me [on] — he would be the loudest one at the meet. I had that idea that I was letting everyone down, letting down my dad… He would have loved to see how far I could’ve gone.”

She also said that her decision was more difficult because of her aptitude. “My particular story is really defined by the idea that I was really talented at track,” Rusch said. “And the disappointment that other people feel is palpable, because a lot of people will just go up to me and be like, ‘I would kill to have the ability that you have at track — why are you wasting this?’”

“I owe track so much,” Rusch added. “My running ability literally changed the trajectory of my life, because of this idea that athletics are tied to education in the United States — it’s like I’ve won the lottery to go to Williams and have [had] this experience, so I really feel like I’m in the luckiest of situations.”

While none of the athletes said that they regretted their decision, some described feeling doubt throughout the process. “I think I made the right choice,” Martineau said. “It’s like ripping a Band-Aid off, because so much of your identity is wrapped up in the sport that you do. In quitting skiing, I felt like I was giving up a part of my identity… It felt like I was sort of betraying my own identity, and that I was giving up instead of persevering through the struggle.”

“I think the biggest thing that influenced my decision was [that] I just had a lot of growing up to do,” Flagler said. “I didn’t have the space to do it when I was still trying to fit this perfect image that I’d crafted for myself in high school, which included being a volleyball player. So once that was removed, I could do a lot more of this self discovery and growth that I needed.”

While leaving her team was not an easy decision, Flagler emphasized that the key for her was following her heart. “For people that are considering quitting their sports, I [would] let them know that it is a hard choice,” she said. “But ultimately, what matters most is the type of person they’d want to be. Sports and identity can overlap in so many different ways, and untangling that is the best thing you could do for yourself. That doesn’t always mean leaving — just knowing who you are, in [any] context, is so important.”