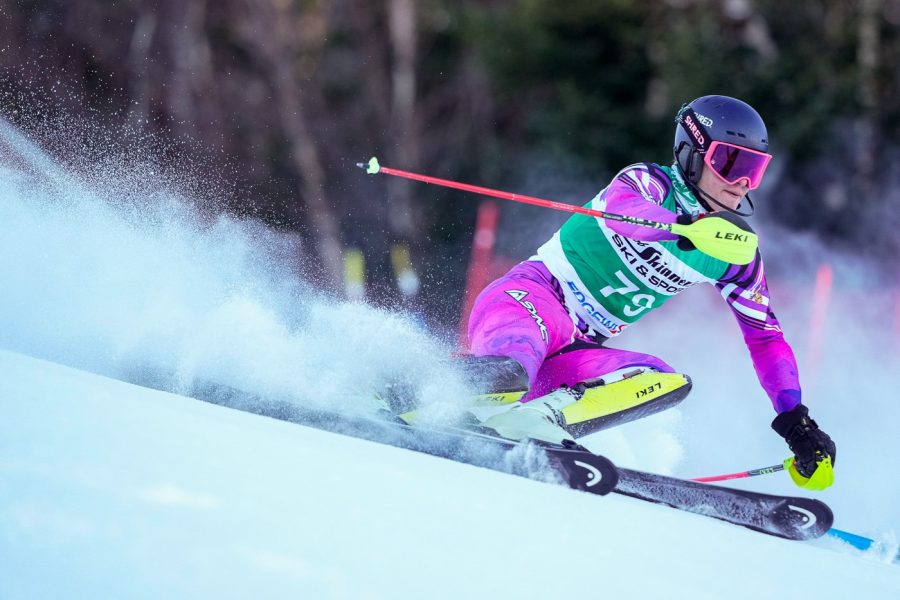 The Alpine Ski team wrapped up the slalom weekend at the Dartmouth Skiway in Lyme, N.H., this past weekend with two top-30 finishes for the Ephs. Despite the warm weather with highs in the 40 degrees, soft snow conditions led to the second day in a row of tough conditions for the whole collegiate field.

Men’s Alpine had a difficult time navigating through the ruts and soft snow with only two finishers on the day. Scottie Bocock ’24 led the men’s team in 34th place with Nevin Vilandrie ’25 finishing in 40th. The team finished in 12th on the day and will look to improve their finish rate next weekend.

The Nordic team started the day with the 10k skate and were led by Quinn Wilson ’25 who had an outstanding race, finishing in 11th, a season-best performance. “[The race] went as well as it possibly could have,” Wilson said.

The women’s Nordic team raced next, led by Jenae Rasmussen ’23 in 25th and Lilly Bates ’23 in 33rd. “I don’t know how I would have gotten up the hill without the [men’s team] cheering,” said Bates. Slow, slushy snow pushed all racers to their limit, but the women pulled up the steep hills.