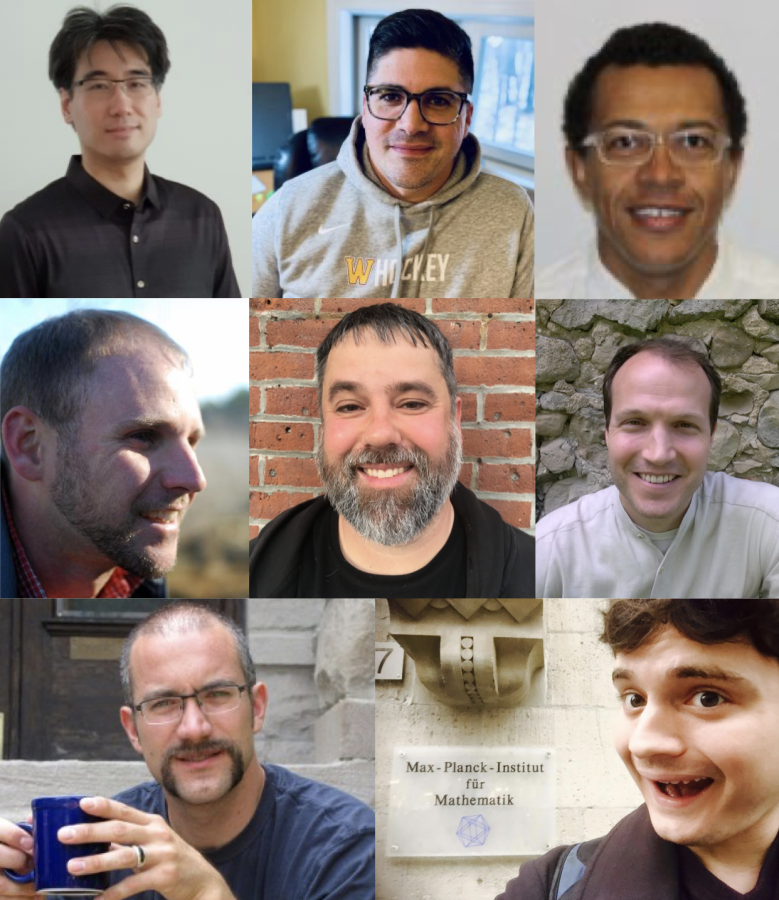 At the College, the tenure track is on a seven-year schedule. Typically, professors begin with a three-year assistant professorship, with the possibility of reappointment for a four-year term. If they are reappointed, a professor’s tenure decisions will be made by the Committee on Appointments and Promotions (CAP) and approved by the Board of Trustees during the third year of their four-year term. According to the Faculty Handbook, the College evaluates professors for tenure on the basis of their teaching, as measured through student course surveys and peer evaluations, and their scholarship, as measured by department appraisals and solicited outside reviews. CAP also considers professors’ departmental and community service, in addition to “structural considerations” which include shifting student interests, the number and age of tenured faculty in the department, the College’s overall staffing needs, and budgetary considerations.

In separate interviews with the Record, both Shaddock and Constantine described the tenure process as “transparent.” “Every year you get a report on how you’ve been doing,” Shaddock said. “I think that’s what’s been good about it. It’s like you’re not in the dark about how you’re doing and you know all throughout the years leading up to the decision how you’re doing.”

Now a behavioral economist, Chao did not know where his academic career would lead while he was an undergraduate at Dartmouth. “I didn’t declare my econ major until my senior year,” he said. “I was a psych-neuro pre-med student until then.”

Behavior economics has allowed him to combine psychology and economics. “What I do is still very psychology oriented,” Chao said, “But I study it through an economics framework, using utility functions and thinking about aggregating up to markets, things that economists think about, but also studying the same psychological motives that influence individual decision making.”

Before coming to Williams, Chao was a researcher at Harvard Business School and received his doctorate from the California Institute of Technology. At Williams, Chao appreciates getting to know his students and the passion for learning they bring. “I can’t imagine teaching in a place where the students are disinterested, don’t come to office hours, either just want the grade or don’t even care about the grade,” he said.

In addition to teaching behavioral economics, he also teaches intro-level microeconomics. In both senior seminars and introductory level classes, Chao enjoys having the ability to teach his students a new way to approach how people think and behave. “I like the intro course because I feel like I’m introducing students to how economists think and how economists view the world,” Chao said. “In my senior seminar…you’re teaching students who have a lot of background [in economics], but now you’re saying, ‘well, there’s an alternative way of modeling decisions that brings more psychology into it.’”

From a young age, Constantine has been drawn to studying the environment. “I grew up in the coastal plain of Virginia so coastal habitats have always been a real interest for me,” he said.

As an undergraduate at the College of William and Mary, Constantine pursued his interest a step further, studying Geology.  His time at William and Mary inspired him to come to a liberal arts college like Williams where he could “be a part of those experiences for other students.” Constantine then received his doctorate from the University of California, Santa Barbara.

Teaching courses such as “Global Warming and Environmental Change,” “Geomorphology,” and “Mastering GIS,” Constantine tries to incorporate themes of environmental justice into the classroom. Working alongside Professor of Africana studies James A. Manigault-Bryant, Constantine organizes an on-campus environmental justice collective. They are involved in pollution and flooding research in communities ranging from the Berkshires to Tallevast, Fla., and Centreville, Ill.

He is currently working on a research paper about the resilience to climate change of tidal marshes along the New England coast with Michael Armstrong ’21, one of his former thesis students, and Professor of biology Allision Gill.

Koné was drawn to German studies by an appreciation of German-speaking art and culture. After earning his master’s degree from Universite Lumiere Lyon 2, he went on to receive a doctorate in German from Rutgers University for research centering on the modern role of dolls in German visual art. This passion for Germanic art persists in his work today with the upcoming release of his book Uncanny Creatures: Doll Thinking in German Culture, along with research centered on portraiture during the Dutch Golden Age.

Koné especially values working with students, writing to the Record that he cherishes the “interaction and the exchange of ideas with intelligent students” at the College. “I am happy that the stress and the pressure of the tenure process is now behind me,” he wrote. “I feel relieved and excited that my work was valued and recognized by the institution.”

Before coming to the College, Lee received a bachelor’s degree from Kenyon College, and doctoral and master’s degrees from Columbia University.

Lee’s research focuses on the experiences of Dalits — a caste-defined community historically referenced as “untouchables” — and other marginalized groups in post-colonial South Asia, looking at how the Dalit identity intersects with modern political movements and religious doctrines.

In the past, Lee has taught courses in the anthropology department such as “Caste, Race, Hierarchy.” This semester he is teaching “How To Be Human” and “Sensing Society.”

Morrison, a Williams alum, became interested in math after taking Multivariable Calculus with Professor Susan Loepp at the College. In his teaching, Morrison draws from his own experience as a student. “I needed a quote that described what abstract algebra is because that’s the course I’m teaching, so I flipped back to my 2008 notebook and was like, ‘What did [Professor] Ed Burger say?,’” Morrison said.

Morrison said that he enjoys helping students take ownership of the material, especially in his upper-level classes. “[W]hen I’m doing an upper-level elective… I can go in whatever direction feels right,” he said. “I don’t have to think to myself ‘I better prove this theorem because Professor So-and-so is going to draw on that’ and instead I can expand on the material in whatever direction the students are excited by.”

Over the summer, Morrison works in SMALL, a nine-week undergraduate research program hosted by the College’s math department.

Shaddock’s interest in philosophy began in high school while reading about existentialism for an English class. “The questions they were asking, like ‘what makes life meaningful’ just really grabbed me,” he said.

As an undergraduate student at Notre Dame, Shaddock pursued his existentialist interests with a class taught by a professor who turned out to be, as Shaddock noted, “one of the world’s best Kant scholars.”  Today, Shaddock specializes in Kant.

One of Shaddock’s favorite parts about teaching at the College has been advising student research. “I’ve had a handful of students who have taken a class with me and then wanted to do some kind of summer research or senior thesis project, and that’s always been really stimulating,” he said.

This semester, harkening back to his own undergraduate philosophy journey, Shaddock is teaching two courses, one in existentialism and one in Kant’s ethics. “It’s super fun teaching existentialism for me, because this is how I got into it,” he said. “These are the questions that grabbed me and made me think this is worth doing with your life. So it’s really cool, especially when I have students for whom this is like the first or second philosophy class they’ve ever taken.”

“The most rewarding aspect of teaching is the connection with students,” he wrote. “It makes my day when students get in touch several years later, to let me know how they’re doing and that they appreciated my classes and their time at Williams.”

When he is not teaching, Turek develops widely-used statistical software for performing Bayesian analysis and conducts research into creating highly efficient algorithms for fitting Bayesian models.

Williams’ interest in computers started at age six by using a Commodore VIC 20. “You could type in programs from books, or magazines and try running them… I did that a little bit when I was young,” he said. “Fast forward to college and I was in my first algorithms course and … that was a moment that really sealed my future.”

Williams tries to bring that sense of problem-solving fun to the classroom, harkening back to classes he enjoyed in college. “I like having assignments that feel a little bit like adventures,” he said. “I certainly had that feeling in the better courses that I took as an undergrad where it’d be me and some friends working together. They were often late at night trying to puzzle through this assignment question.”

Receiving tenure for Williams was a great relief.  “For myself as a Canadian, if I didn’t get tenure, I’d have to leave the country,” he said. “Williams doesn’t come with the issue of trying to motivate the students, the students are already motivated, and they’re already able to do so…but there’s a lot of evaluation… I don’t think students understand or have any awareness of how in detail all this evaluation stuff goes.”