One in Two Thousand: Rika Yahashiri ’25 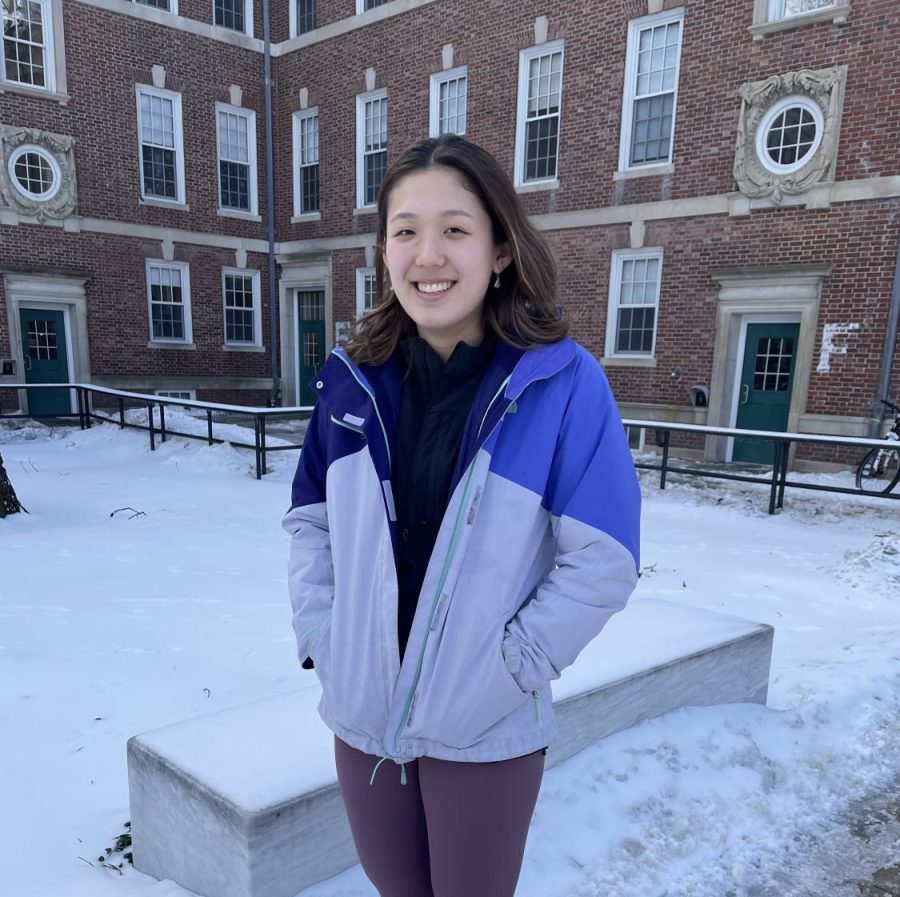 Each week, we randomly select a unix from a list of all current students at the College for our One in Two Thousand feature. As long as the owner of a selected unix is willing to be interviewed and is not a member of the Record board, that person becomes the subject of our interview. This week, the computer (using a script in R) chose Rika Yahashiri ’25, who discussed her role as social calendar writer, the swim and dive team, and her semester abroad in Japan. This interview has been edited for length and clarity.

Luke Chinman (LC): We’re both in Sage 2, so I’ve really known you since the beginning of [our time at] Williams. How do you feel about your entry experience so far?

Rika Yahashiri (RY): Oh my gosh, it’s so great. I was so scared at the beginning of First Days that everyone would not talk to me or it [would] be all artificial relationships. But I feel like I’ve really gotten to know people. I love my JAs. Shout out Kaiz [Esmail ’23], Laurel [Swanson ’23], and Alex [Bernstein ’23]. They [are] so nice.

LC: Okay, switching gears. So you’re from Iowa, which is a fairly unique location when it comes to Williams. How did you enjoy Iowa growing up?

RY: When I came here, everyone was like, “Oh, it’s all corn.” And they would make fun of me. And I’m like, literally, it’s the same as everywhere. It has a university. It has a town. It has big high schools. There were things to do — you could go on drives. The sunsets are beautiful. I feel like I had a fairly normal high school experience compared to other people I’ve met here.

LC: Do you know anyone else at Williams who’s also from Iowa?

RY: Me and Shoshie Hemley [’25] went to elementary school and middle school and high school together. And we came here together, which is kind of crazy.

LC: Do you feel like there’s a mini Iowa community within Williams?

LC: Many students probably know you best from the email that they get from you every week since you’re in charge of writing the social calendar. So, how did you land that gig?

LC: What is your creative process for writing each week’s social calendar?

RY: So, I start out [by] writing all of the events. And for the poem, I write about sports teams’ mascots. Then, I use a little rhyming website to find words that might rhyme and think of funny sayings that go with those words. I kind of wing it like that. It’s not that hard.

LC: How long do you have the position for?

RY: It’s from January to December.

LC: I heard that you took a semester abroad in Japan.

RY: The summer before my junior year of high school — it was before COVID — I really wanted to go to Japan to visit my family, and my dad was like, “Why not make an experience out of it?” I went to this girls’ high school [in Japan], and I did class for the summer. It was really rewarding. It was kind of like immersing myself in my own culture, and it felt like home in a way. I grew up learning Japanese and having all of these traditions embedded in me, so it was really fun to eat the food [and] meet the people — meet my grandparents and my cousins and my aunt for the first time.

LC: That’s awesome. Switching gears again. So you’re a part of the swim team. First of all, how long have you been swimming?

RY: I do sprint freestyle and breaststroke.

LC: Nice. And if you could describe the Williams swim team environment in one word, what would it be?

LC: You can have more words if you need.

LC: That’s a solid set of words. What has been the best part of the Williams swim team?

RY: Oh my gosh. They bring you in like you’re part of the family. I walked on [to the team], and I was so scared because I was not a recruit. So I was like, “Oh my God, I don’t know what they’re going to think of me.” But they just welcomed me with open arms. I know that’s cheesy, but they kind of did.

LC: Alright. Are you ready for the final round of quick questions?

RY: Mission has been putting out the best food this year.

RY: Schow. I know everyone is like, “Schow is so dark. There’s no light. STEM people have no life.” Well, you know what, it’s cozy enough for me.

LC: Is there anything that you feel that the Williams student body should know about you that we haven’t covered so far?

RY: If you don’t read the social calendar, you should. Especially the white text.

RY: Everyone should know this. At the end of the social calendar, there is this text that is in white — so you can’t see it unless you highlight it on your computer. It’s just funny stories I come up with or share.

LC: Wait, this is crazy. I think this is the most important part of the interview.

RY: I really put my heart into these stories. Not really, but it’s a fun, little secret thing. If people know, they know.

LC: Well, if they read to the bottom of this interview, then they’ll know!