Professors Long, Siniawer to serve as next Dean, Provost 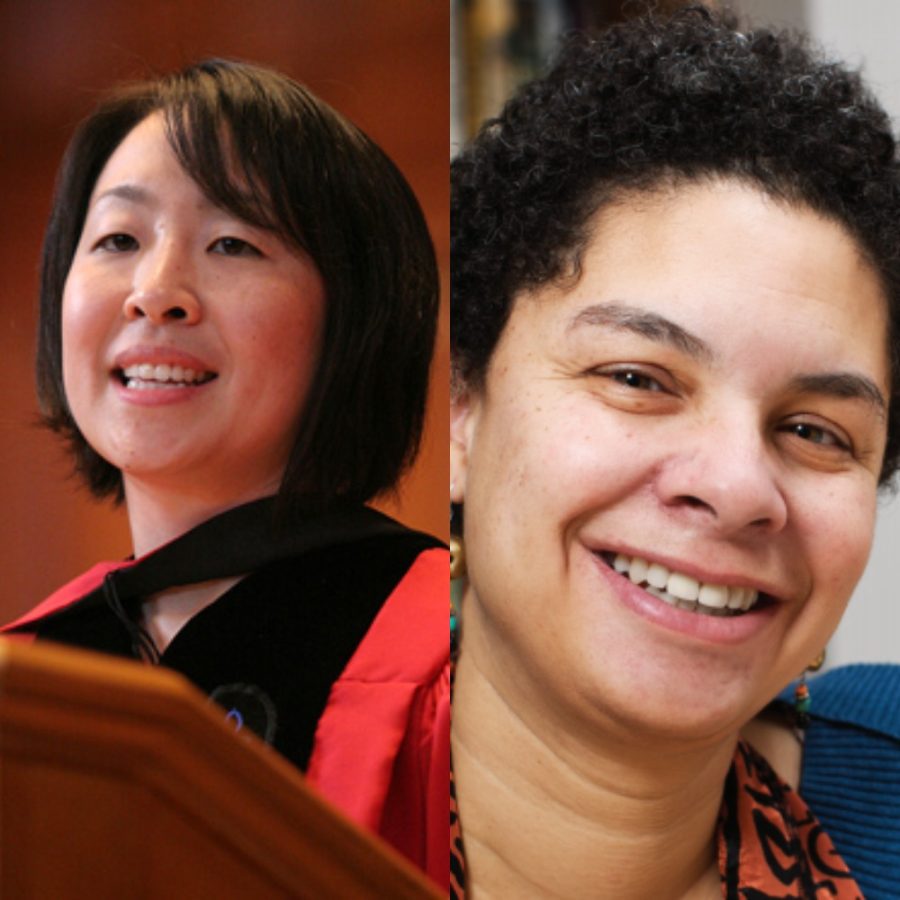 Professors of History Gretchen Long and Eiko Maruko Siniawer ’97 will assume the roles of Dean and Provost of the College, respectively, President Maud S. Mandel announced in an all-campus email on Tuesday. Their three-year terms will begin on July 1, 2022.

Mandel selected Long and Siniawer from a list of candidates that the Faculty Steering Committee developed in consultation with the Williams Staff Committee, a committee focused on communication between staff and administration, and the Williams Student Union. Long and Siniawer’s predecessors, Dean of the College Marlene Sandstrom and Provost Dukes Love, will rejoin the faculty. Each has served two three-year terms in the administration, and this summer Sandstrom will return to her position as a professor of psychology, and Love will regain his position of professor of economics. As Dean, Sandstrom oversaw the College’s response to the COVID-19 pandemic and the implementation of the Area Coordinator program, among many other projects. During his tenure, Love helped restructure the Office of Admission and Financial Aid, reduce the College’s carbon emissions, and manage the College’s spending.

Long, who has a doctorate in American history from the University of Chicago, joined the history department in 2003. During her time at the College, she has spent three years directing the Williams-Exeter Programme at Oxford and served as faculty director of the Summer Humanities and Social Sciences Program. Long also chaired the College’s Africana studies department and the Honor and Discipline Committee.

Siniawer, who majored in history at the College, completed her doctorate at Harvard before returning to the College’s history department as a professor in 2003. Currently, she serves as chair of the Asian studies department and chair of the Committee on Priorities and Resources, which advises Mandel on the allocation of College funds. Siniawer has written two books — Waste: Consuming Postwar Japan and Ruffians, Yakuza, Nationalists: The Violent Politics of Modern Japan, 1860-1960 — and is in the process of finishing a third book about the history of Tokyo.

Since arriving at the College, Siniawer has also chaired the history department, the Ad Hoc Committee on the Evaluation of Teaching, and the Faculty Steering Committee. She has taught classes including “Modern Japan,” “The History of Panics,” and “The Many Lives of Tokyo.”