54 years ago, the debut of the Winter Study Program 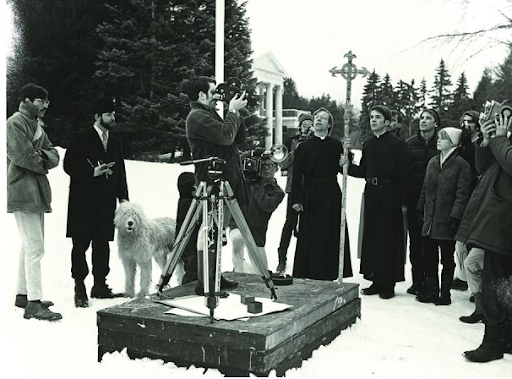 On May 2, 1966, the Committee on Educational Policy wrote a report on a proposed new curriculum for the 1967-68 school year. The introduction of the report identified an issue with the College’s curriculum — mainly, that it overworked students and prioritized quantity over quality. In previous years, students had taken five courses. The committee requested that number be reduced to four.

“The time and energy of both students and faculty are fragmented by the competing requirements of five courses,” the report said. “Students are held to this insistent pattern for four years without an opportunity for a change of pace … [and] such regularity, fragmentation, and overload can too often combine with the students[’] preoccupation with grades to suppress curiosity and the initiative it implies.”

To combat this pressure, the committee proposed a new curricular structure in addition to the reduced course load — 26 days in January when each student “will devote his full time to a single program of study,” the report said. The faculty approved the curricular change, and in 1968, the College debuted its first ever Winter Study Program (WSP).

The College provided a course catalog with over 100 offerings across all academic departments. Classes generally matched the academic nature of traditional semester courses, with titles including “Introductory Physics,” “Intensive Reading of Literary Prose,” and “The Enterprise Economy versus the Welfare State.” An experimental course entitled “The Theater of Cruelty” involved students making a film on the subject of cruelty and experimenting with improvisation. At one point, according to a Record feature, students were instructed to generate feelings of rage towards a mannequin with a fake pig’s head attached, and then subsequently attack it. A course entitled “The Role of the Great Man in History” had students evaluate important male figures and whether or not their words could “change the course of history.” In a psychology course entitled “Hypnosis,” students learned about hypnotism in clinical settings and psychological research.

The most highly enrolled course was one entitled “Mediums of Musical Expression,” with 71 students. Fifty students opted to design their own “99 projects,” a course of independent study in January, which students can still pursue today.

Many courses also involved travel. According to a Record article from January 1968 entitled “While Some Ephs Depart for WSP…,” an anthropology professor brought 17 students to an island off the coast of Honduras. One student traveled to Kenya, another to Beirut. Some students went to see the New York Stock Exchange for a course named “The New York Financial Market.” Others who were enrolled in a course called “Urban Turmoil: Race Crises in America,” traveled to Roxbury, Mass., to, according to a 1968 Record article, “conduct a survey on community attitudes.” One student traveled to the Philippines, where his father was serving in the military, to study the Hukbalahap communist guerrilla movement.

At the end of the month, 98 percent of respondents to a College survey thought the idea of the WSP was “good” or “excellent,” and even 13 percent said that they enjoyed the WSP so much that they felt “increased dislike for regular courses.” Still, one professor wrote “Have we, in our publicity to the world and to ourselves, so described the virtues of the WSP that we cannot possibly admit that it is a mistake and should be dropped?…Is the WSP more than a publicity gimmick?” When the College surveyed 20 percent of the student body 64.8 percent said that they did not spend time learning a skill or ability, but 98.1 percent said they did gain some knowledge.

According to the 1968 course catalog, students who failed their WSP could be asked to make up the course during the summer or even resign from the College if they demonstrated “flagrant neglect.” Though seven students failed their course, none were asked to resign, according to a 1968 issue of the Record.

The first WSP was inaugurated during a time of rapid change at the College. Beyond an academic restructuring and discussions of co-education, the College was also responding to the national events and movements that defined the late 1960s and early 1970s — as were the students.

On Jan. 11, James Farmer, who was the former president of the Congress of Racial Equality (CORE) came to campus and gave a talk entitled “Obstacles to Racial Equality,” in which he outlined several present societal obstructions to civil rights efforts, referencing school integration and the effect of World War II on Black veterans, as important factors in “drastic, cataclysmic change in mood” among Black Americans. During the 1968 Winter Study, there were approximately 41 Black students at the College, according to the Admissions Office’s annual reports from 1964-68. Attendance at his talk exceeded the room’s seating capacity.

As the women’s rights movement gained traction, the College brought in its first female student during this first Winter Study. Diane Kittredge, a student at Smith College, traveled to Williams to take a course on Chinese art. She told the Record in 1968, “‘I’m not just boy hungry… the opportunity to come to a male college just to see life on the other side is one I feel extremely lucky to get. I won’t be just a weekend date, but will have a chance to become good friends with several students here.” She noted that she hoped that the College might progress towards becoming an effective co-ed school and that she thoroughly enjoyed her winter study course.

Students were also heavily preoccupied with concerns about the Vietnam War. A Jan. 13 edition of the Record criticized then President of the College John Sawyer for not committing to deny army recruiters the use of College facilities. In the last January edition of 1968, the Record published an editorial with the headline “LBJ for Ex-President” and expressed regret for not editorializing more against the war in Vietnam before the new board took over in the spring semester.

Despite the national and global politics on the minds of many students, campus life in January 1968 was relatively insular. According to a survey by the Record, “bridge, organizational activities, painting, drinking, darkroom work, thinking, playing, and musical instruments” were common activities.  The Winter Carnival theme for that coming February was determined (Alice in Wonderland) and poet Peter Kane Dufault came to campus for an informal poetry recital. The wrestling team won its first meet of the season. Notably, on Jan. 11, the Ft. Hoosac House, a 74-year-old former Kappa Alpha fraternity house, burned to the ground, displacing 25 students.

The inauguration of the WSP was part of a period of rapid change, a time in which the College was re-evaluating the educational experience it was providing its students, and a time in which national events permeated campus life and discourse. As the 1968 yearbook stated, “If the new Williams and the effects of the Winter Study Program can be embodied and tangibly described, it must be in terms of the year’s events — cultural, political, and frivolous; without a doubt, 1967-68 was a descriptive year.”