College admits 255 students to Class of 2026 through early decision 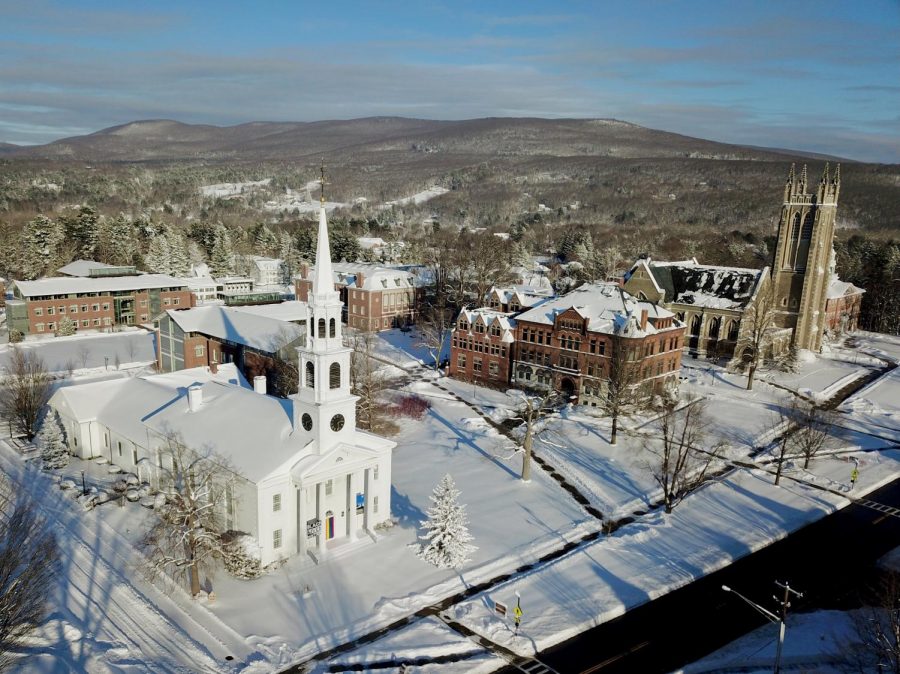 The College accepted 255 students — 31.3 percent of applicants — to the Class of 2026 through this year’s early decision admissions process on Dec. 10. There were 814 total early applicants, of whom around 180 were deferred to the spring’s regular decision pool, with the remaining 400 or so denied admission, according to Dean of Admission and Student Financial Services Liz Creighton ’01. This year’s acceptance rate is down from the 33 percent acceptance rate for last year’s early decision and 37 percent the year before.

To apply early, students must commit to attending the College if admitted, whereas a student admitted through the regular process may choose to attend or not to attend the College. If a student is deferred during the early round, their application will be reconsidered during the regular round, and they are released from the binding requirement to attend if accepted. Typically, somewhere between 20 to 30 students who were deferred are admitted in the spring’s regular admissions process, Creighton noted in an email to the Record.

During the regular round, Creighton said that she expects the College to receive another 13,000 applications. This admission cycle’s projected application number, if accurate, would then total up to 14,000 applications, making it one of the largest applicant pools in the College’s history. The Class of 2025 had approximately 12,500 applicants and 1,000 admitted students, for an acceptance rate of 8 percent.

The 2021-22 application cycle is the second in the College’s test-optional pilot program, which gives prospective students the choice to submit no standardized test results in their application. Next year’s admission cycle will be the final year of this pandemic-prompted pilot program, after which point a permanent testing policy will be announced, as other colleges and universities have started to do.

During this application cycle, the College also stopped offering students the opportunity to submit an optional, Williams-specific supplemental essay along with their application. Applicants can now decide to submit a past academic or creative writing assignment from high school as an optional writing supplement, in addition to the personal statement that the College requires through the Common Application, Coalition Application, and QuestBridge Application.

“The kind of narrative writing that essay prompts call for are a strength for many students, but we know that there are countless others who thrive when writing in different styles,” Creighton wrote. “We wanted to give students the chance to showcase their writing range each through the personal statement and the submission of an optional high school paper.”

Claire McDonald ’26, a newly admitted student from Cape Elizabeth, Maine, was drawn to the College because of its small size, wealth of opportunities for undergraduate students (including the Williams-Exeter Programme at Oxford and tutorials), and friendly campus culture, as well as rave reviews from a current student she knows.

“I always knew I really wanted a small selective liberal arts college,” McDonald said. “Combining academics and opportunities, and the people that would say ‘Hi’ to me when I was just doing a tour and walking around with my mom, made me fall in love [with Williams]… and funnily enough, my neighbor who lives across the street from me is [a member of the] Class of 2025… and I heard that she loved it.”

To McDonald, applying early decision was a no-brainer. “ I just knew that I couldn’t really go wrong if I applied early decision,” she said. “I was willing to put everything into that, and I’m so glad I did.”

Camily Hidalgo ’26, a newly admitted student from Ciudad del Este, Paraguay, found out about the College from a friend and was encouraged to apply by EducationUSA, a U.S. State Department program that attempts to promote U.S. higher education to students around the world. The more she learned about the College, the more she fell in love. “Williams just seemed like the perfect place for me. I was attracted by the tutorials, Winter Study, and many other academic opportunities,” Hidalgo said. “There were also many clubs that caught my attention, like the Latin American Student Association, some a cappella groups, [and] the Equestrian Club. [Williams] just seemed like a unique experience that I wouldn’t get anywhere else.”

Dasha Lukinova ’26, a newly admitted student from Vernon Hills, Ill., was introduced to Williams through QuestBridge, a non-profit the College partners with to increase higher education opportunities for low-income students, and Windows on Williams, the College’s fly-in program that invites and pays for eligible prospective students to visit the College before applying. “When I visited campus, I definitely loved the aspect of such a close-knit community,” she said. “Like, I saw a professor once, and then I saw him again. He remembered exactly who I was, and we had a 10-minute-long conversation, which was something I knew I wouldn’t be able to find at any other school…. I knew I would be really happy [at Williams], and I knew just the Williams community is amazing in general. So I decided to ED.”