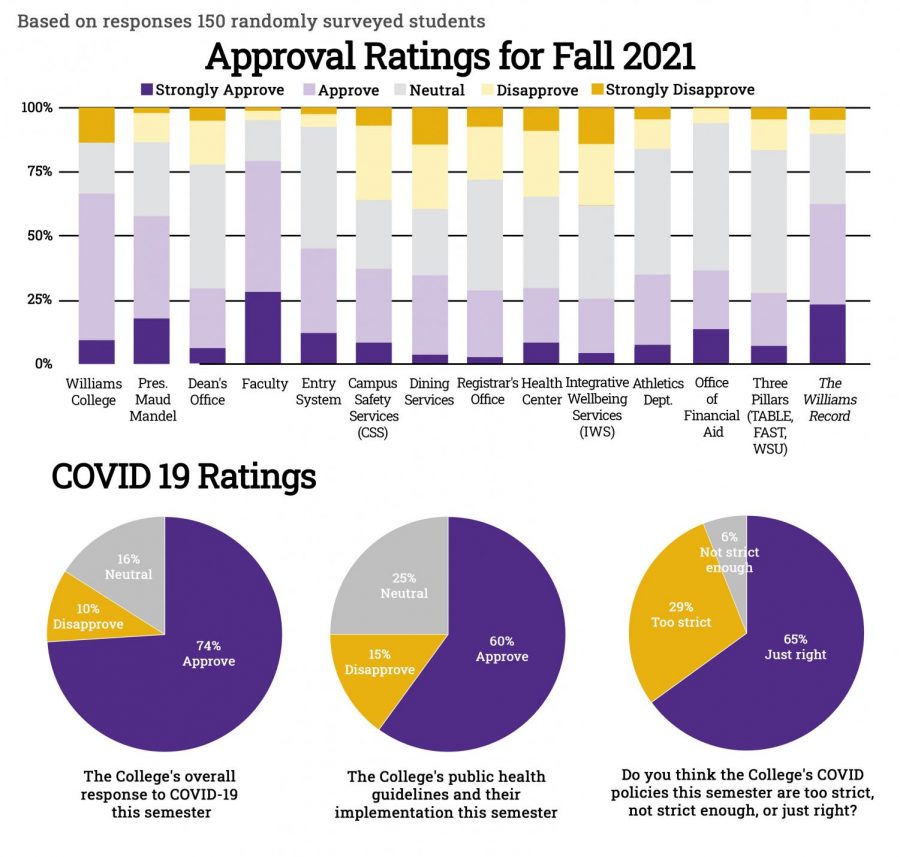 The Record sent its twice-annual survey to 500 randomly selected unixes last week to gauge whether students approve, disapprove, or feel neutral about College policies and institutions.

While approval ratings for the College and the faculty were similar to last spring’s, other figures fluctuated. Although approval for Campus Safety Services (CSS) (36 percent) remained consistent with last semester’s figure (30 percent), disapproval increased from 25 percent to 36 percent. Compared to the approval ratings survey from the spring 2021 semester, approval for Dining Services decreased from 56 percent to 35 percent, and approval of the dean’s office dropped from 40 percent to 29 percent. These findings are in line with concerns raised by students this semester; the Record has reported student frustration with CSS presence in dorms and long lines — especially early in the semester — at dining halls. Notably, only 13 percent of students said they disapproved of President Maud S. Mandel, a stark decrease from the 45 percent who disapproved of her in the spring.

Out of the possible ratings “too strict,” “just right,” and “not strict enough,” the College’s COVID policies this semester received a rating of “just right” by 65 percent of respondents; 29 percent said they are too strict, and 5 percent said they are not strict enough. Sixty-nine percent of respondents said that they think the College should require a booster vaccine for the spring semester, with 15 percent disagreeing with a booster shot mandate and 16 percent saying they are unsure.