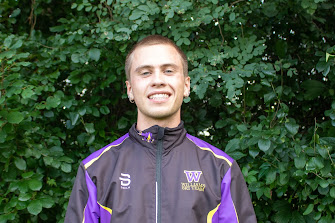 What made you fall in love with Nordic skiing?

I Nordic skied in middle school. And at my middle school, you got to ski with the high schoolers. I think I was just starstruck by all the really fast older kids who I got to hang out with every day at practice. I really wanted to be like them. Also, it’s really fun. It’s fun to go fast. And it’s fun to glide over the snow.

I also definitely like being an endurance athlete. I like pushing my endurance capacity as hard as I can. I really like the feeling of being totally gassed on the finish line. Not that alpine skiers aren’t also totally gassed, but they’re maybe [tired] in a different way. I like getting my legs burning.

You did very well at the NCAA championship last year before taking a year off. Do you have any goals set for yourself this season?

I think my goals this season are a lot less results-based. For me this season, my goals have been mostly trying to build a team culture. Our coaches are brand new; our previous head coach left, and so did our system. So I’ve just been trying to focus on making a team culture that feels fun and inclusive. This year, I’ve done the work, and I want to just get out there, have a good time on race day, try to push myself as hard as I can, and just hope for the best when it comes to results. But my goals are just to have fun and make sure everybody else is having as good of a day.

We definitely do have some good team traditions. Every year at holiday camp, which is the training camp that we go to during break after the end of the semester, we have a big talent show, which is very fun. We’ve got some guitar players. My talent is generally to drink a Nalgene [water bottle] in under 10 seconds.

Is there any aspect about Nordic skiing that you wish more people appreciated?

There’s a Norwegian and Dutch word called hygge, which just means the cultural practice of being cozy, getting outside, getting cold, and then coming back to a fire and getting a warm cup of something. And I think the fun part of skiing is that it’s great to be outside in the winter. It’s great to finish your training session and then come back into the lodge, or get back into the van and go back to campus and put on a comfortable sweater. And it’s such a mental health advantage during the winter to have something built into my day that allows me to get outside every single day and feel excited about coming back inside.

Are there any aspects that you think make Nordic skiing easier or harder than alpine skiing?

I don’t want to say anything that would upset my alpine counterparts, but I would say [Nordic skiing is] aerobically definitely harder. It’s also probably harder to take downhills on the types of skis that we use — they have to be designed for the whole course, not just the downhill, so our heels come up, whereas on an alpine ski, they’ll stay down. [Nordic skis also] don’t have steel edges. They’re pretty skinny. So what makes it different is just the fact that we have to do both up and downhill.

Can roller skiing be as fun as skiing on snow?

Definitely. I actually do like roller skiing a lot. Because one of the things about Nordic skiing is that the conditions are so variable. Sometimes, it’ll just be a bad day to be out — skiing poles are going all the way through the snow or you have the wrong wax on or whatever. But with roller skiing, it’s always consistent. It’s really fun to go down hills on roller skis, even if you don’t have brakes.

Where is your favorite place to ski?

I have to say Prospect [Mountain], which is where we train every day. It’s in Woodford, Vt. [We go] every day during the winter. I just came back from practice there this morning. It’s beautiful and rustic. It’s just great, and I also grew up skiing there because I’m from Guilford, which is pretty close by. I raced there in high school and trained there when there wasn’t snow in Guilford. So I’ve got a lot of loyalty to that ski area.

I also heard you work in the mailroom. Do you have any fun stories related to that?

There’s a lot of stories. We’ve gotten some crazy packages this year. We got a live cat. I mean, this didn’t come in a package, I should say. But someone came to the mailroom with a cat in her hands that she needed to hand-deliver to somebody. We got a box of live chicks. We’ve gotten a 55-inch flat-screen TV, you name it.

Honestly, it’s a very rewarding job. I love working there. The people who work there, Debbie, Jess, and Tony, are great. I love them. They’re the best. It’s really fun to get to hang out with them. And it’s a nice break from the hustle and bustle. It’s fun to organize packages, honestly.

If you could change one thing about Nordic skiing, what would it be?

It would be, for sure, something to do with equipment. Equipment is something that makes the sport super inaccessible to people who don’t have a lot of money to spend on it. And that was something that was challenging for me. Getting into the sport, I did not have the ability early on to get the equipment that I needed to get. So maybe something along the lines of having the same pair of skis given to the racers so that there’s no sort of burden on the racer to make sure they have the best pair of skis possible, because it ends up being a total arms race. And then, people have too many skis, and the waxing gets crazy. It would be cool if everybody gets handed a pair of skis that’s already waxed at the course, and they give the skis back at the end.