To understand the divestment debate, look at hedge funds 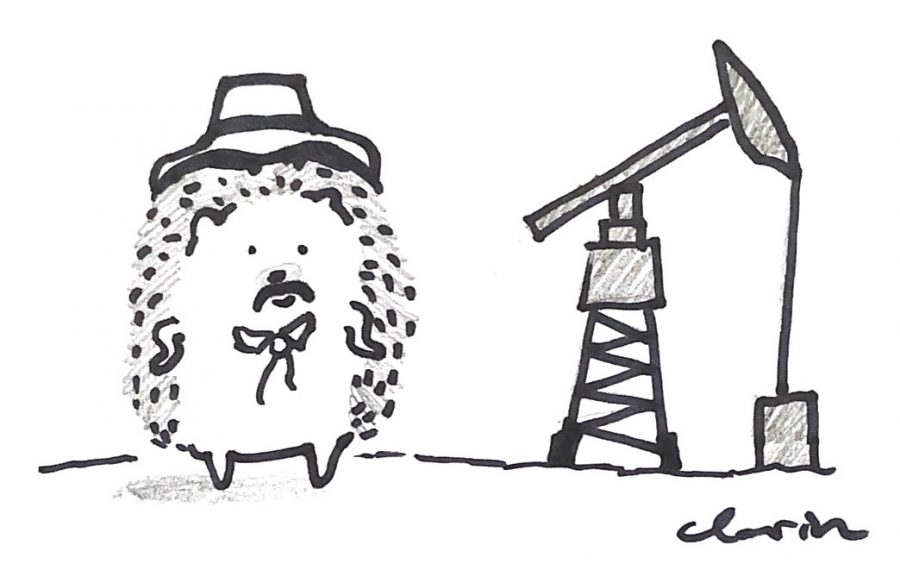 Fully comprehending Williams’ investment strategy is an impossible task. The investment office is just plain quiet. It recruits a few bright students, speaks to trustees, and runs a Winter Study course. It’ll never appear at Homecoming, despite the many alumni donations collected then; certainly, it would avoid Log Lunch and its locally sourced pitchforks.

Beyond physical visibility, public knowledge about our investments goes only so deep. I’m focused on hedge funds; 38 percent of our assets were allocated to them during the 2020 fiscal year. In summary, hedge funds are private investments available only to wealthier investors like endowments. But they also come with two general asterisks. First, they usually charge high fees, one for general management and another that scales by performance. Second, their strategies are more esoteric and are hidden from day-to-day scrutiny.

Hedge funds even make it hard for their own investors to see fully inside, locking in capital for long periods in dark cabinets. This lack of transparency makes promising divestment hard; only the hedge fund truly knows where the money goes. This may not be to everyone’s favor, but it allows hedge funds to make riskier bets and engage in don’t-try-this-at-home strategies. And in some regards, this model makes sense for what hedge funds offer. For example, if hedge funds disclose their holdings each day as many exchange-traded funds do, then their competitive advantage might erode. Their relative secrecy is key to their appeal.

To truly divest that 4 percent of indirect investments tied to fossil fuels, 1.6 capital-B Billion dollars might have to be reexamined. I’m speculating here, but change seems hard. The investment office really believes in its hedge funds and what they do. It defends them for two-and-a-half pages in the six-page investment breakdown section of its 2020 Annual Report. I’m picking and choosing pages here, but the investment office basically defends hedge funds as much as it invests in them! Very little of the document is spent outlining a tangible plan for indirect investment reallocation (to be fair, the College’s intentions were only announced in 2021). Maybe the beginning of the divestment process should just involve quitting low-performing hedge funds tied to fossil fuels. Admittedly, this is a loaded proposition: Inevitably, asset classes will fluctuate, and perhaps taking a long-term view would justify the investment office’s decisions. Regardless, this would only be a partial solution.

It is possible for us to divest from fossil fuels while still investing in hedge funds. Wall Street has recognized the popularity of investment options that hew to standards for environmental, social, and corporate governance (ESG). The upstart hedge fund Engine No 1 shoved its way onto Exxon’s board, arguing for a future without fossil fuels. From a pure profit perspective, hedge fund managers could also be motivated to divest so as to retain clients. Our endowment could pressure our preferred hedge funds to offer products that divest from fossil fuels. It is up to our investment office to apply this pressure.

A first warning: Not all ESG products are as sincere and as rigorous as they should be. Blackrock and its CEO Larry Fink have set the tone for ESG investing in the mutual fund industry, they are offering multiple investment products not tied to fossil fuels. But as The Financial Times reports, these same funds struggle to hold themselves to their stated purpose. At least one Blackrock ESG fund holds Egyptian government bonds; this is despite Human Rights Watch citing the Egyptian government for holding tens of thousands political prisoners. The holier-than-thou approach, which Blackrock and Fink are widely criticized for, can obscure as much as it moralizes. These issues would only compound under the less transparent hedge funds.

A second warning: ESG investing still needs to prove it can survive the market’s high and low tides. Some of its most fervent defenders are very optimistic. They have hypothesized that ESG could outperform the market, pointing to market data around electric cars, renewable energy, and so on. Some skepticism is warranted here. Investing with ESG limitations leaves an investor with fewer opportunities for growth. Time will tell whether ESG investing maximizes both economic best interest and moral weight.

If ESG hedge funds cannot be trusted, the most drastic option would be moving up to 38 percent of the endowment elsewhere — paying penalties and lawyers along the way. As in, the money would be returned to the investment office’s direct control; or, as Samantha Murray ’14 proposed, students and the broader Williams community are themselves “stakeholders” worth listening to. This would represent a true break from our present investment model, especially in terms of transparency. We could more precisely know whom and what our money supports.

Because hedge funds are not very transparent, it’s hard to shape their investment strategies and to reallocate capital. Still, there are actionable routes the investment office might take. It must weigh whether to stick with hedge funds and motivate divestment from fossil fuels, or it could go another bold way. Currently, the Williams community does not understand 38 percent of the endowment and how it might be divested. Maybe a detailed plan, even in a limited way, would be a start.

Darin Li ’21.5 is a math and history major from San Jose, Calif.