JAs to receive stipend for providing input to deans 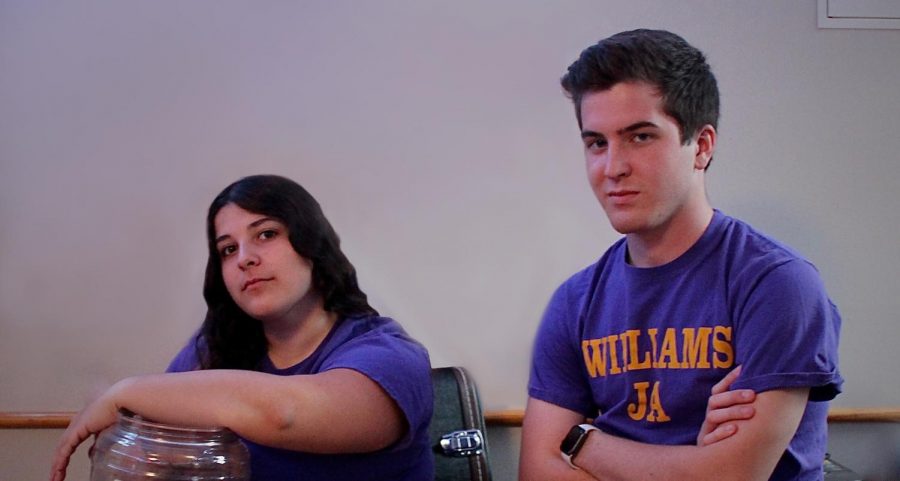 The Junior Advisors (JAs) to the Class of 2025 will now receive compensation in exchange for working with administrators to improve the residential life system. Each JA will receive a $1,600 stipend from the College: $600 for the fall semester and $1,000 for the spring semester.

Cole Mason ’23.5, one of the four JAs who met with administrators about compensation, expressed his gratitude for the stipend. “I think this year has been pretty hard, and we were feeling pretty undervalued, so to get that recognition was awesome,” he said. “I think there’s always room for more, but knowing that there’s gonna be a plan going forward was also super exciting for everyone.”

The $1,600 marks an increase from the COVID-related stipend of $1,200 given to JAs last year. In an email to current JAs, Sarah Dean ’23, co-president of the JA class, emphasized that this year’s stipend was different from last year’s and was not meant to pay JAs for working during the pandemic specifically.

“Unlike last year, this stipend is not a ‘COVID’ stipend but rather acknowledges the additional labor that will be asked of the JA class to help shape a new, improved program that includes yearly compensation and a more collaborative relationship with the Dean’s Office,” Dean wrote.

The stipend is meant to compensate JAs for the additional work they will do this year, as the College seeks their feedback on a permanent system of pay for residential life leaders as well as on improvements to the current JA system, according to Dean’s email.

“In order to move toward compensation, we need to determine how a better integrated system will work, and then propose an increase in our budget in order to cover the cost,” Dean of the College Marlene Sandstrom wrote in an email to the Record. “In order to get there, we are offering our current student leaders a stipend in recognition of the fact that it will require extra work on their part to help us design a model that makes sense for Williams and provides the right kind of support for our students and for our student leaders.”

According to Sandstrom, the feedback JAs provide will inform how the Dean’s Office and Office of Campus Life can “better support the selection process, training, ongoing support and check-ins, and accountability processes for residential life leaders.” In addition, the administration is also meeting with JAs to work out a permanent pay system for future classes of JAs.

Dean’s email also noted that the stipend was “contingent” on JAs’ participation in the feedback system, including filling out a Google Form and attending focus groups discussing the form. “In the unlikely event that the planning process falls apart and we are not able to make progress, the spring installment ($1,000) will not be provided,” Dean wrote. “We and the Dean’s Office do not expect this to happen, but they asked that we be especially clear about this.”

Taylor Braswell ’23, co-president of the JA class, emphasized that the feedback wasn’t really a condition of the stipend since it was work that JAs would be doing anyways.

“What we got from our discussion with [the administration] was that the stipend is both an acknowledgment of the work JAs put in on the day to day, but more specifically an acknowledgment of this increased labor that we’re going to be doing in this improvement process,” she said. “Of course, if … the stipend is acknowledging that work, then it is important that that work is done … so it may sound like a condition or stipulation, but it’s really not as complicated or as intimidating.”

The stipend means that JAs will be unable to work a campus job, as the College restricts the amount of hours students can work to 10 hours per week. For instance, JAs can no longer work as a teaching or research assistant or any other campus job.

Jacob Chen ’23.5, a current JA, calculated the amount of hours the stipend was paying JAs for. “Assuming a minimum wage of $13.50 and 24 weeks in two semesters, that’s about five hours per week,” they said, suggesting that the College should either pay JAs twice as much to fill the allotted 10 hours per week or allow them to work a part-time campus job.

Chen also expressed worry that the stipend might influence who decides to apply to be a JA. In the future, applicants could be motivated by the stipend, they said, which isn’t the attitude they are hoping JAs should have. “I applied for it … purely doing this because I want to be there for the frosh, and getting paid is just a nice bonus,” Chen said. “I’m concerned that people might have different motivations from this year’s class.”

Braswell, however, said that the applicant pool would likely remain unchanged. “It’s definitely a common concern that compensation would affect the applicant pool, but we don’t anticipate that,” she said. “That’s one of our biggest objectives — making sure that the diversity of the JA class not only stays the same but increases and improves, along with the other improvements we’re making.”

Braswell also stressed that JAs’ fundamental role as mentors and guides, and not as enforcers of policy, would remain unchanged by the stipend. “That’s something that we and the Dean’s Office are adamant about keeping intact,” she said. “As far as we can see, JAs will not become mandatory reporters just because they are compensated.”