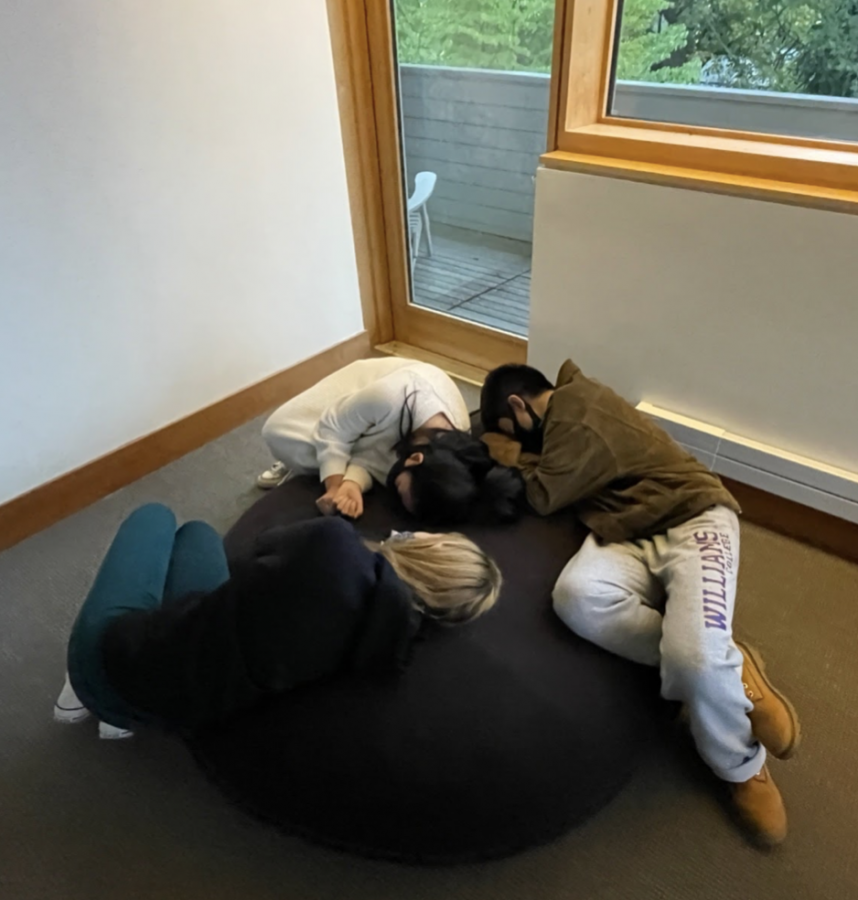 Four hours into a problem set that was already two days overdue, Features Editor Justin Zen ’24 decided to take a little nap in this nook of Sawyer Library. The bamboo mats provide levels of comfort that far surpass the hard mattress in his Bryant dorm. Sometimes Zen wears pajamas to the library in preparation for his procrastination nap.

We-guh, Wedgie, Weee-ge — no matter how you pronounce it, there’s no denying that you’ve fallen asleep in Wege Auditorium at least once. Features Editor Lindsay Wang ’24 can relate. It’s even better when you nod off in the middle of the third row, where the fear of getting caught somehow never seems to produce enough adrenaline to keep you awake.

Practicing an instrument can be fun but exhausting. After finishing her music homework, Executive Editor for Features Bellamy Richardson ’23 likes to bang out a few Olivia Rodrigo songs on the piano and let her teen angst tire her out as she swiftly falls asleep on the bench. God, it’s brutal out here.

Giant beanbag in the Record office

The features editors can’t get enough of the Record, so sometimes they take a nap on the giant beanbag in the office just to be next to the archives of old Record newspapers. One day, this photo of them napping will be in those very archives — history in the making.