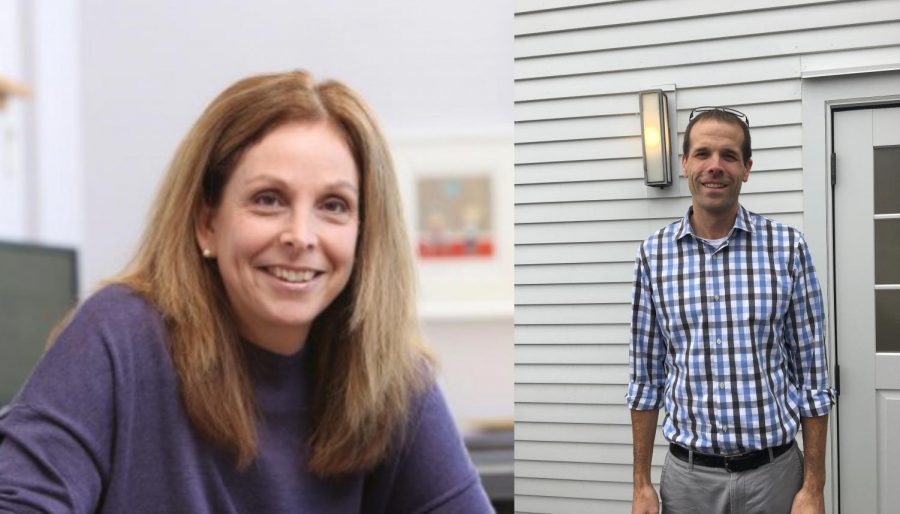 Dean of the College Marlene Sandstrom and Provost Dukes Love will step down from their roles in administration and rejoin the faculty in June 2022, President Maud S. Mandel announced in an all-campus email on Sept. 22. Sandstrom will return to teaching as the Hales Professor of Psychology, while Love will rejoin the faculty as the Class of 1969 Professor of Economics.

Both Sandstrom and Love were appointed to their roles in 2016 and are serving the second of their two three-year terms. “Dukes and I started together six years ago, so we walked in together and we will walk out together,” Sandstrom said. Their successors will be chosen from the faculty later in the year through the standard nomination process run by the Faculty Steering Committee, Mandel wrote.

Before her appointment to dean of the College, Sandstrom also served as co-director of the Williams-Exeter Programme at Oxford (WEPO) for two years, which she said influenced the perspective she brought to her role as dean.

“It was really during that period where I realized how much I enjoyed thinking about ‘the whole student,’” she said. “When you’re there at WEPO directing that program, you’re sort of the dean and the provost, and you’re serving a lot of different roles at once for this very small microcosm of the campus.”

Directing WEPO pushed Sandstrom to think beyond academics at the College, a mindset she views as crucial to her tenure as dean. “I think that what happens outside the classroom is so core to all the good things that happen during the college years, so I was very excited to think about how we could better integrate all the different supports that we’re offering,” she said. “We’re paying attention not just to students’ academic success, but also to all the other pieces of what it means to be a human being between the ages of 18 and 22.”

Although she is eager to teach again after eight years out of the classroom, Sandstrom said that her administrative role has allowed her the opportunity to exchange ideas and interact with students in ways she wasn’t able to as a professor.

“One of the things I’m going to miss the most is this particular brand of interacting with students,” Sandstrom said. “I think that faculty members, when they’re teaching well, are learning as much from their students as students are learning from them, but it takes on a different flavor in an administrative role. I see how students leave their mark on the institution with the really good ideas they have.”

The pandemic has made Sandstrom’s time in administration a much more challenging experience than she had expected. From sending students home after the initial outbreak of March 2020 to enforcing COVID-19 policies in the 2020-2021 school year, Sandstrom and the rest of the administration were confronted with a myriad of unprecedented decisions to make, some more contentious than others.

In particular, the administration’s handling of the large party at Wood House last spring sparked a great deal of controversy. On the one hand, many students who had gone to the party decried the College’s policy of sending all party attendees home. On the other hand, some students who were upset about the party urged the administration to express firmer condemnation of the partygoers.

“The Wood incident was fraught for everyone involved,” Sandstrom said. “One of the hardest parts of being a dean or any leader is to make decisions in those moments. Maud and all of us on Senior Staff have always tried to ask what the best thing would be for Williams as a community, while continuing to extend care and support to those who might disagree.”

Sandstrom emphasized that the administration was privileged to be able to work closely with people with expertise in public health during the pandemic. “I never imagined that I would be spending as much time as I have thinking about and responding to public health,” she said. “And it has taken some time and energy away from things I’d rather think about that has to do with holistic student support … but even though I wouldn’t have predicted it, I wouldn’t trade away the experience. I think we learned a lot about ourselves as problem solvers.”

Sandstrom identified the summer 2020 process of figuring out how to bring students back in person as the greatest challenge of her tenure. “There were some moments where it wasn’t clear if we were going to be able to pull it off,” she said, pointing out the difficulties in ensuring the safety of faculty and students, conducting classes in person, and maintaining dining and facilities operations all at once.

Love expressed a similar sentiment about serving in the senior staff during the pandemic. “It was like the groves of academe were on fire and we all had to learn the basics of fire fighting,” he wrote in an email to the Record.

As provost, Love’s responsibilities primarily had to do with managing the College’s spending. He was involved in investing in the Williams College Museum of Art, reducing carbon emissions at the College, and restructuring the Office of Admission and Financial Aid, according to Mandel’s email.

According to Love, though, his proudest accomplishment as provost was “hiring and supporting” staff. “I was particularly proud of the work that we were able to do together in the areas of access and affordability, the arts, sustainability, and strategic planning,” he wrote.

Both Sandstrom and Love still have almost a full academic year left in their terms. Sandstrom emphasized that she still has many projects she hopes to work on before she departs from the administration, including working with the newly established area coordinators and the recently hired new Director of Campus Safety Services Eric Sullivan, as well as improving theme, affinity, program, and special interest housing.

“The announcement comes really early, but I [still] have a lot of time and energy and eagerness for the role,” Sandstrom said. “I’m not in the goodbye phase yet… when it gets closer to the time when I step down from the role I think I will feel sad, but I’m not there yet.”