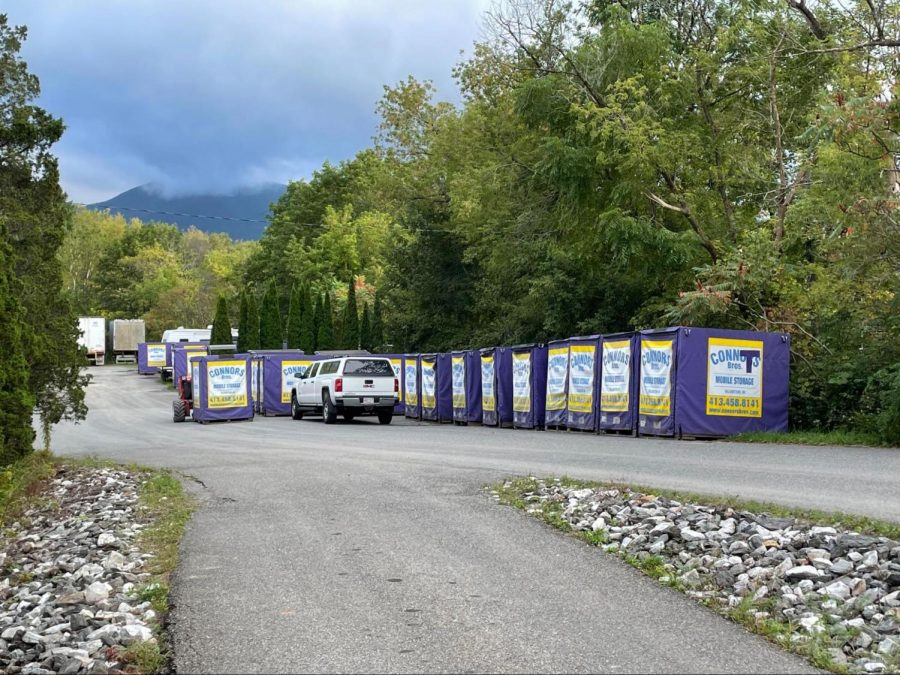 Several students reported problems with boxes stored with Connors Brothers Storage for the summer, including evidence of rodents in their belongings and wet and moldy items among their possessions. Other students complained to the Record about significant delays in the return of their boxes.

Although they are not contractually affiliated with the College, Connors Bros. began a partnership three years ago with the Office of Campus Life to facilitate storage and storage costs for financial aid students, according to Jarrett Bayliss, owner and president of Connors Bros.

“This past May the OCL organized a campus wide storage program where they partnered with us to bring storage directly from the common rooms into our storage,” Bayliss wrote in an email to the Record.

Together with several of her friends, Kelly McGuigan ’24 had stored her belongings in a larger Connors Bros. storage pod in the spring. When she picked them up upon returning to campus, McGuigan found that a few of her belongings had suffered water damage, including mold, forcing her to replace her bedding. Moreover, she said she had found live insects in the pod.

Over last winter break, Gaby Lopez-Ona ’24 decided to take classes remotely for the spring semester. The College notified her that the boxes she had packed and labeled before leaving would be moved into Connors Bros. storage. When Lopez-Ona returned to campus on Aug. 27, only half of her boxes had arrived at her new dorm. It was not until Sept. 12 that she finally received all of her belongings, and she said she found her “pillow destroyed with mysterious stains.”

Steven Lee ’24 worked as a Summer Science Program tutor at the College over the summer and stored his belongings with Connors Bros. from the end of the spring semester until he moved back to campus for the summer. “The summer [move- in] was worse than the fall move-in… I was without any of my stuff for about a week,” Lee said. With no sheets, pillows, or bedding, Lee slept in a sleeping bag on the couch in his common room for a week.

“As a student, Connors Bros. stressed me out on every occasion I returned to campus,” Lee said. “Their inefficiency has made me anxious and pessimistic when that’s the last thing I need when I return to school.”

Assistant Director of Housing Operations Heather McCarthy said that students should reach out to the Office of Campus Life if they are still waiting for boxes to be delivered. “Like with any partnership, communication between the Office of Campus Life and Connors Bros. is constant,” McCarthy wrote in an email to the Record. “We are always working to support the needs of each student in their unique storage situations.”

When reached for comment, Connors Bros. Owner and President Jarrett Bayliss told the Record that each incident of damaged or delayed items is unique. “One of the largest challenges we face as a storage facility when storing such a large number of people in the same location is controlling what people store inside their boxes and making sure that they are properly packed (meaning you could stack 4-5 normal weight boxes on top of it without it collapsing),” he said.