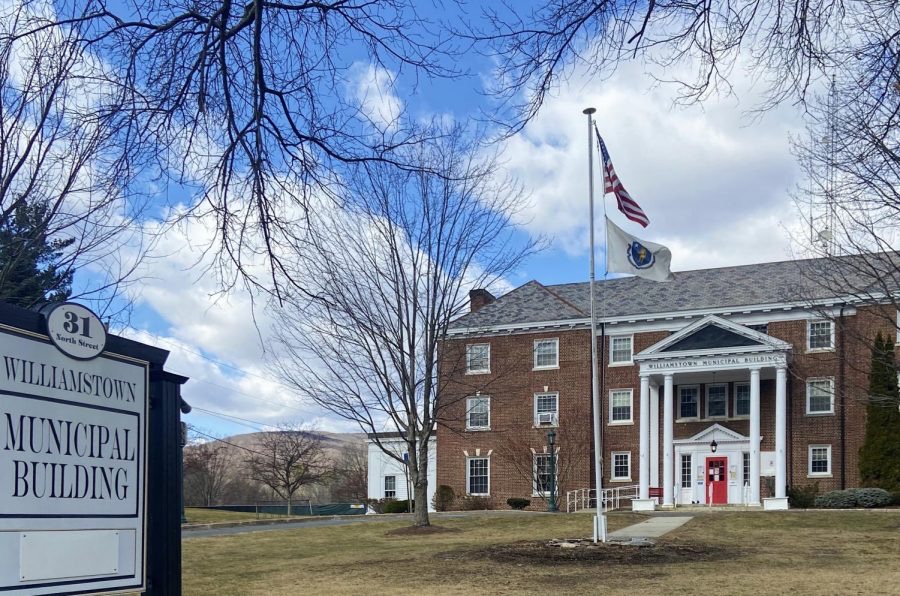 As part of its expanding coverage of Town news, the Record reports on the Williamstown Select Board’s meetings. Since the Record did not publish regularly over the summer, it has summarized the key issues discussed at this summer’s Select Board meetings rather than publishing individual recaps.

Over the summer, the Select Board hosted Berkshire County District Attorney Andrea Harrington to answer Town residents’ questions about policies concerning police officers who have committed or been accused of committing misconduct. The board also confirmed new members to the DIRE committee and announced plans to release the findings of an investigation into WPD misconduct.

The Select Board on July 26 hosted Berkshire County District Attorney (DA) Andrea Harrington to answer questions about the district’s Brady list and “do not call” list policies.

Brady lists contain the names of police officers who have committed or have been accused of committing misconduct that could call into question the officers’ credibility as witnesses in court. If prosecutors were to call an officer on the Brady list as a witness, they would be obligated to advise the defense lawyers of the information that would undermine the officer’s credibility.

Harrington declined to discuss specific cases but said that it typically takes about two months for her office to decide whether to place an officer on the Brady list after first receiving information about misconduct.

Harrington also stressed that the Brady policy is separate from a town’s decision to fire an officer. Williamstown has been under pressure from local activists to fire Officer Craig Eichhammer for misconduct he admitted to in 2011 and for displaying a photograph of Adolf Hitler in his station locker. Last month, a national civil rights organization called for Eichhammer to be removed for the Hitler photograph, which Eichhammer has said was meant to be a joke.

The Select Board added four new members to the Town’s Diversity, Inclusion, and Racial Equity (DIRE) Committee this summer after six members, including five people of color, left the group last spring.

The board elected to DIRE Randal Fippinger (visiting artist producer and outreach manager at the ’62 Center), Andi Bryant, Carrie Greene ’02 (director of Commencement and academic events), and Shana Dixon, all of whom were nominated by Select Board and DIRE member Jeff Johnson. The board also voted to lower the committee’s required membership from nine representatives to seven. The three continuing committee members’ terms, along with Fippinger’s, will expire in June 2022; the terms of Bryant, Greene, and Dixon will end in June 2023.

Board plans to release investigators’ findings on allegations of WPD misconduct

The Select Board announced plans to release the findings of the independent investigation into allegations of sexual assault and racial harassment within the WPD. Investigators presented the investigation’s findings and recommendations to the Select Board prior to the board’s Aug. 30 meeting.

“The intent and plan all along in my mind has always been to release as much as possible as early as possible,” Chair of the Select Board Andy Hogeland ’76 said at the board’s Aug. 30 meeting, noting that the documents will be reviewed for personal and disciplinary information before they are released publicly.

In February, the Town hired attorney Judy Levenson to perform an independent investigation into allegations of racial harassment and sexual assault by WPD officers raised in a lawsuit by WPD Sergeant Scott McGowan against then-WPD Chief Kyle Johnson, then-Town Manager Jason Hoch ’95, and the Town. Johnson resigned in December after months of public outcry and McGowan withdrew his lawsuit the following day.

McGowan in March was named in an employee complaint alleging bullying and verbal harassment, and the Town hired an additional private investigator to supplement Levenson’s work. After acting WPD Chief Michael Ziemba confirmed that three WPD officers had illegally searched the names of vocal WPD critics through the Criminal Justice Information System (CJIS), the board expanded the investigation to include a review of the CJIS violations.

On July 12, at the Select Board’s first in-person meeting since March 2020, Ziemba presented the recently adopted new use-of-force policy of the WPD.

“This new policy is very similar to the previous policy, but spells out prohibition of chokeholds, encourages de-escalation, and requires officers to observe others acting improperly to intervene,” Ziemba said at the meeting. He also noted that the changes keep the WPD in accordance with the recent police reform legislation implemented in Massachusetts in December 2020, which includes a ban on chokeholds and a requirement that officers employ deescalation tactics before using tear gas.

The WPD also updated 120 other departmental policies to prepare for a certification of accreditation from the Massachusetts Police Accreditation Commission (MPAC), Ziemba said. The department’s policies have been modified to match those of the already-accredited Great Barrington Police Department (GBPD), according to Ziemba, and a company that specializes in policy review for public safety entities will review the WPD’s policies before the department implements them.

Although accreditation is not a requirement of municipal police departments in Mass., Ziemba said that the department is working towards accreditation to strengthen transparency between the WPD and the Town.

The Williamstown Cares Community Safety and Wellbeing Assessment, which was designed to evaluate residents’ needs in the Town through interviews with members of the Town community and the WPD, is projected to run over budget.

A previous estimate calculated that an additional $87,000 would be necessary, but a later cost projection showed a decrease in the estimated need for additional funding to $50,000. Blanchard told the Record that the researchers now estimate that the study will need only another $25,000 of funding after the Town was able to allocate an additional $25,000 from the Town budget towards the additional $50,000 necessary for the project.

“With the $25,000 we have added, we are still about $25,000 short of their latest estimate of what the project may cost, but hopefully as more of the in-person interviews are completed we will get a firmer estimate of the final cost,” Blanchard wrote in an email to the Record.

Town residents have engaged in spirited debate over whether the study should continue to receive necessary funding or whether it is too expensive and unrepresentative, citing the fact that all participants in the study are volunteers instead of randomly selected Town residents.

According to the study’s website, as of July 30, “[I]nterviews are underway and more community members continue to register.”

The deadline for applications for the permanent Town manager position was Aug. 31, and the Town’s advisory search committee was scheduled to meet on Sept. 7 to review and discuss candidates, Select Board member Hugh Daley said at the board’s Aug. 30 meeting. After the candidates are vetted, they will be interviewed. The Select Board will aim to decide on a candidate by early October to be inaugurated in November, according to Daley.