The Williams Record • May 19, 2021 • https://williamsrecord.com/457374/news/record-survey-reveals-decreased-approval-of-college-policies-institutions/ 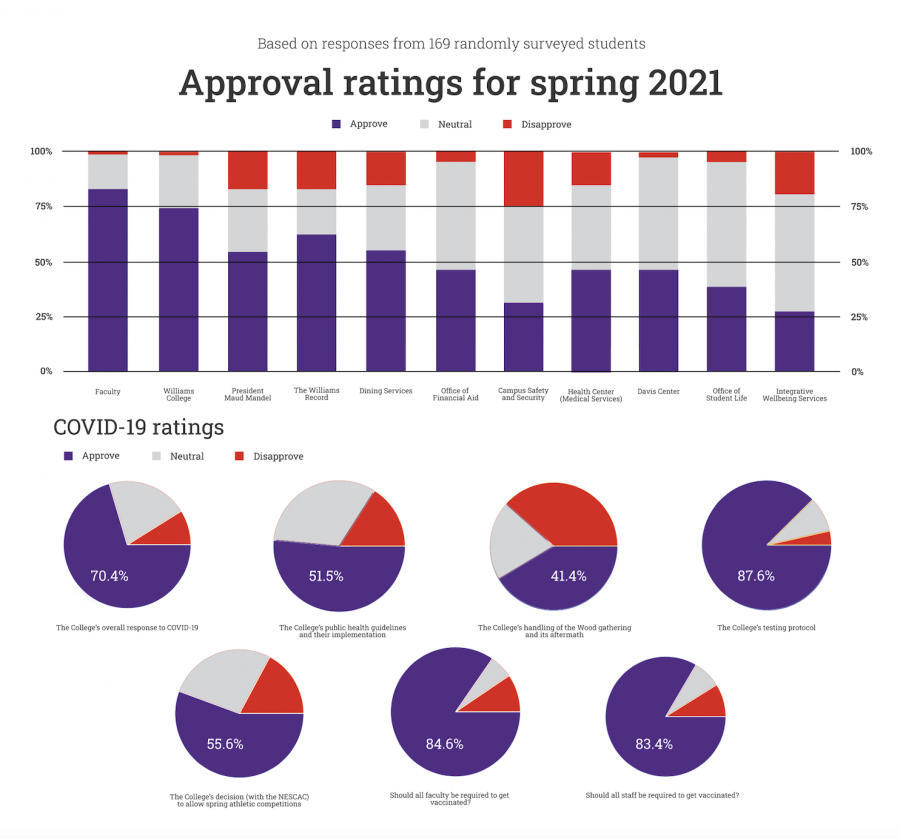 The Record sent out its biannual approval ratings survey this past week to 500 randomly selected students, who were given the option to indicate whether they approve of, disapprove of, or feel neutral about various campus figures, institutions, and policies.

Of the 169 respondents — a response rate of 34 percent — 36 percent were first-years, 18 percent were sophomores, 26 percent were juniors, and 20 percent were seniors. Almost 80 percent said that they were enrolled on campus this spring, with 13 percent studying remotely, and the remainder either enrolled in person but living off campus, studying abroad, or taking time off.

The results of the survey showed a slight increase in approval from the fall for only a few of the College’s institutions including the recently established Three Pillars, the student government bodies, with a 6 percent increase to 18 percent and the testing protocols with a 9 percent increase to 87 percent. However, most institutions and policies at the College experienced a decrease in approval compared to last semester.

Due to rounding, some percentages may not add up to 100.