The Williams Record • May 19, 2021 • https://williamsrecord.com/457284/opinions/final-thoughts-on-accessibility-justice-and-palestine/ 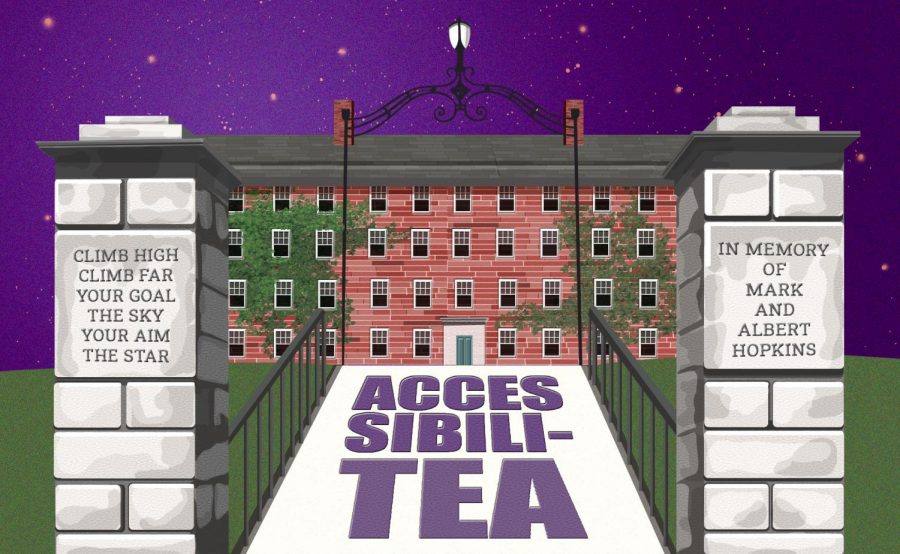 This is my last article for the Record as a student at Williams. There is so much more that I wanted to write, so much more that needs to be written. Campus accessibility is in danger of regressing as COVID restrictions are withdrawn and life for the non-disabled goes back to being completely in person. I am graduating, and thus will not be here to make sure the Williams administration follows through with its promises. The thought of leaving before I have time to address all of the campus accessibility needs that drastically affected my life terrifies me. I had planned to share four years worth of advice and tips for future accessibility advocates.

But I cannot write a justice-themed op-ed for this week without addressing Israel’s recent and perpetual ethnic cleansing of Palestinians.

As residents and/or citizens of the so-called United States, we are complicit in the genocide of Palestinians. Disability justice activists cannot separate their demand for equal rights and fair treatment of people with disabilities while accepting the apartheid state that is Israel. Capitalism devalues people with disabilities because our bodyminds are not “efficient” or “useful” enough to labor for a profit. Capitalism is also the system that perpetuates the military industrial complex, where foreign policy is decided based on whether or not war or humanitarian aid will be more economical. Yes, injustice is engrained in the system and structural oppression is larger than any one person. But actions at Williams matter. Williams grads work in powerful positions at companies that directly and indirectly support Israel, and our dining halls are stocked with Sabra products, one of the companies the Boycott, Divestment, Sanctions movement condemns for its support of the Israeli military.

As of 10 p.m. on Sunday, May 16, at least 192 people have been murdered in Gaza during the violence that erupted in the past week — including 58 children and 34 women — compared to 10 people including two children in Israel. The balance of power, resources, and control is crucial to understanding this ongoing tragedy. A white settler colonial state (Israel) is using resources from other white settler colonial states (the U.S., primarily) to violently ethnically cleanse people (Palestinians) from their homeland. That idea should ring some bells, because it’s the same way in which the U.S. was established.

Accessibility is inherently political. We cannot ignore injustice around the world simply because we are fighting a different type of injustice here. To exist as a white person with a disability on a college campus in the United States is to simultaneously fight academic ableism and to perpetuate white settler colonialism. Paying taxes to the U.S. government both funds social welfare programs for people who need them and provides aid to a military that uses disproportionate force on civilians without accountability. We are responsible for the successes and failures of all justice efforts, whether we know it or not. It is crucial to acknowledge our role in local as well as global justice.

This column, and my peers’ and my activism, is neither the beginning nor the end of our fight for accessibility at Williams. My column, Accessibili-tea, is more than identifying Americans with Disabilities Act (ADA) noncompliance on campus and sharing the experience of students with disabilities. Accessibili-tea represents a plea for a growing awareness of experiences other than our own.

If you remember anything from Accessibili-tea this year, let it be this:

1. In a campus community this small, every single person makes a difference. Use your power for good.

2. Commit to constantly learning and relearning. It is the only way to ensure that you will respectfully include as many people as possible, as often as possible.

3. Fix Williams. The institution was built for white rich straight non-disabled cis men, and a heck of a lot of things need to change before the College can claim inclusion.

And to my fellow students with disabilities, good luck and fight on.

Abby Fournier ’21 is a political science major from Natick, Mass.

Author’s Note: This is an opinion piece, and here are a few notes about how I came to these opinions.

For my claims against Williams being inaccessible, I studied past and present accessibility laws, including the Americans with Disabilities Act, Section 504 of the Rehabilitation Act, and the Fair Housing Act.
I carefully and critically chose to use the terms “apartheid state” and “ethnic cleansing” in relation to the current escalation of violence in Palestine/Israel. Factors that led me to this decision are:

Statistics: I compared the numbers of lives lost on each side, between sources and acknowledging how events were portrayed.
Personal experience: I lived in Palestine/Israel for a short period of time and made many personal connections, and therefore learned a lot about reality vs. media portrayal. I am still in contact with many of these people which allows me to find out what’s going on without relying on U.S.-based news media.
Systems of power: My Williams education taught me about racial injustice in the United States, and with the analytical skills I have learned here I could recognize the parallels between the oppression of BIPOC in the U.S. and Palestinians in Palestine/Israel. With each claim of defense or offense, I consider who is in a position of power and how it affects the implications of their actions.
International organizations: Organizations that are not solely based in Israel nor the United States (such as Human Rights Watch and the International Criminal Court) provided an additional perspective.

For my demands on the Williams administration, I combed through the dense text of accessibility laws, followed and engaged with disability activists, and read academic literature in disability studies. I know my rights and I know how Williams needs to change to support my rights because of this research.