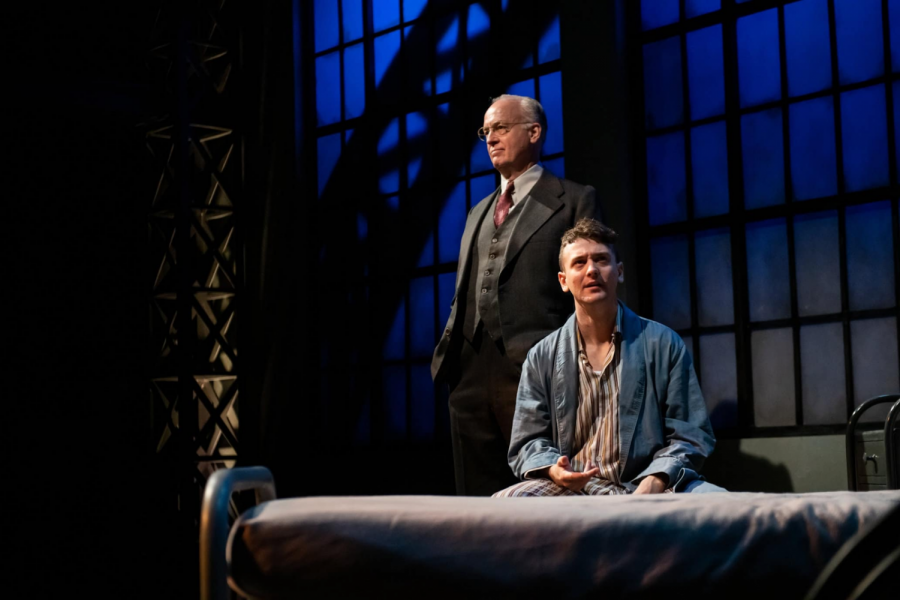 To say that the pandemic has been devastating for the world of music and performing arts is an understatement. Such is the case of theater performances in the Berkshires, the region renowned nationally for its arts. During the pandemic, shows and events in and around Williamstown temporarily halted in-person production, and many had to transition to digital platforms. However, with mass vaccination programs underway, this year’s summer theater season appears promising as the county and country approach a new normal.

Some of the groups coming in person to the Berkshires this summer include the following: the Williamstown Theatre Festival, Berkshire Theatre Group, Barrington Stage Company, and Shakespeare & Company.

Following a season where all seven productions were digitized and released on the audiobook site Audible, the Williamstown Theatre Festival will be hosting three in-person world premiere productions for its 2021 season. All three will be performed entirely outdoors.

The first production consists of nine solo plays by Black playwrights, divided into “three, 30-minute world premieres,” which will be held between July 6 and July 25 outside the ’62 Center for Theatre and Dance. Between July 13 and August 8, the Clark Art Institute will host Row, a musical centered on the “resilience, fear, and ambition inside one individual as she aims to be the first woman to row solo across the Atlantic,” using the pool at the Clark as the stage. The final production, Alien/Nation, an immersive experience devised by the theater company The Forest of Arden, will “[take] you on a journey throughout Williamstown”  beginning on July 20 and ending on August 8.

The Berkshire Theatre Group in Stockbridge, Mass., will also restart its in-person shows following a season of virtual programming and an experimental in-person production of the musical Godspell in August. The summer calendar will follow three outdoor productions.

The season will include a production of The Importance of Being Earnest, the classic play by Oscar Wilde, which follows two bachelor friends and their quest for love through deception. It will be held at an open-air tent at the Fitzpatrick Main Stage from June 20 to July 10. The next production, The Wizard of Oz, an adaptation of the famous movie, will be held under an air-tent at the parking lot of The Colonial Theatre from July 24 to August 15. The summer season will end with Nina Simone: Four Women, a production which “imagines a conversation, often music, between Simone and three African-American women”; it will take place in The Courtyard at The Unicorn Theatre between August 14 and September 5.

The BSC will mix outdoor and indoor settings at the BSC Production Center and the Boyd/Quinson Stage, respectively. The productions include Who Could Ask for Anything More? The Songs of George Gershwin, an outdoor concert to be held between June 10 and July 3. The season will follow with an outdoor performance of the world premiere of Boca, a play that follows “a group of retirees … living it up like they’re teenagers all over again,” from July 30 to August 22. Among the indoor productions will be Chester Bailey, a show detailing the journey of Chester Bailey and Dr. Philip Cotton, beginning on June 18 and ending on July 3. This will be followed by Eleanor, which follows the life of  Eleanor Roosevelt and will operate from July 16 to August 1. The summer season will conclude with the world premiere of the play Sister Sorry, which follows “a series of phone calls” that unveils a confession “by a mysterious, enigmatic caller,” starting on August 13 and bringing the season to an end on August 29.

In Lenox, Mass., Shakespeare & Company will also return to in-person events after a virtual season. The season’s lineup will include three outdoor productions.

This includes a production of the Shakespeare play King Lear, which follows the journey of King Lear and his three daughters and will take place in the New Spruce Theatre from July 2 to August 28. This will be followed by Becoming Othello: A Black Girl’s Journey, a “living memoir” and “multimedia theatrical production” that follows the “life of a resilient little girl growing up in the Spanish Harlem,” and is set to take place in the Roman Garden Theatre from July 16 to July 25. The same theater will also host Art, a production that examines the testament of friendship through art and money, between  July 30 and August 22.

Although the pandemic may have riddled the world of music and performing arts with unprecedented challenges, theater groups around the Berkshires are adapting to such changes and emerging in the upcoming summer season prepared for excited theatergoers.