One in Two Thousand: Carson Stephenson ’23 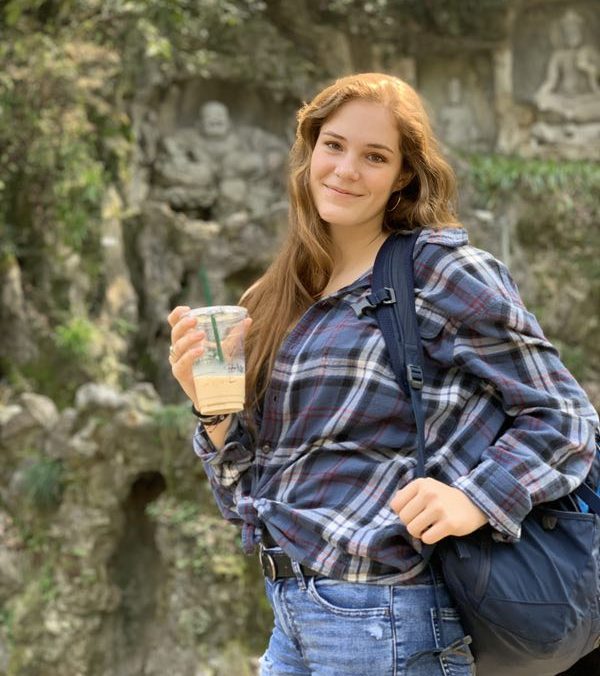 Each week, we randomly select a unix from a list of all current students at the College for our One in Two Thousand feature. As long as the owner of a selected unix is willing to be interviewed and is not a member of the Record board, that person becomes the subject of our interview. This week, the computer (using a script in R) chose Carson Stephenson ’23, who talked about the value of bilingualism in the medical field, the name “Carson,” and giving Lexapro to fish. This interview has been edited for length and clarity.

So, you’re remote right now. Are you back at home? What’s that been like?

Yeah, I’ve been at home the entire school year. It’s actually been really, really nice for me because I’ve been able to keep my job. And that’s been a nice kind of structure … I have a lot more freedom here than I think I would have had on campus. It sounds like you guys are pretty much all locked down.

Yeah, we’ve been opening up a little, but there’s the pod system and all that. What’s your job at home?

I work at a doctor’s office as a medical assistant. I do filing, urine swabs, help out with vaccines, [and] take patient histories. I’m pre-med, and it is my clinical experience.

I guess you got vaccinated pretty early then.

Yeah, I did, back in February.

It’s been really good because it just makes me feel safer. And my grandmother lives with me. She’s about 76, so having her and I both vaccinated was really good because I’m the person who leaves the house the most, and she’s the person who’s in the most danger. I also work at a farmer’s market — I sell granola for a local company. And they stopped making people wear masks. They stopped requiring it because our governor decided that he wouldn’t have a mask mandate when you’re outdoors anymore. So that’s been kind of scary and weird. Like, it’s really foreign. And I never thought I’d be so surprised to see people’s faces.

If you’re pre-med, what are you majoring in here?

I’m majoring in biology and Chinese.

What made you want to pick up Chinese?

I actually did it in middle school and high school. I absolutely loved it. I don’t know why, I just fell in love with the language. I got to go to China as a senior in high school, which I really, really enjoyed. I’m kind of obsessed with it, and [was] deep enough in that I thought, “Why not go a little further?” And then I came across how much need there is for bilingual doctors. Say you’re an OB-GYN or in surgery. You don’t want a lot of other people in there translating or talking; you just want that privacy… So that’s kind of my goal: Go to med school, use my Chinese to be a bilingual doctor — somewhere in the U.S., probably — and give people that safety and confidence in the medical system that they might not have had if they had a translator or just absolutely had no idea what was going on because they don’t speak English.

I don’t take a language here, but I have heard that the classes are pretty intense. And also they require a lot of conversations with people. What’s that been like over Zoom?

It’s been really good. Actually, I have [Chinese] class every single day. So that’s how Chinese has been, and it is for the first two years. But there’s only four people in my class because nobody really takes Chinese. It works out pretty smoothly. And we’ve also been able to do Chinese Table, which is open to anyone who speaks Chinese, so you don’t even have to be in the Chinese program; you can just be a native speaker or enthusiast who doesn’t take it formally. But that’s been kind of fun on Zoom to have a connection, especially to campus, because I’ve been a little alone at home.

I was gonna ask: Are most of your friends on campus?

Yeah, my field hockey team as well. That’s where a lot of my friends are. In the fall of last year, I was mostly hanging out with them because I was in season, and then pretty much as soon as we started the spring semester, we had to go home. So most people I know are from my entry or my field hockey team.

I’m a little unique — I’m a goalkeeper. So that’s really different from being a field player. And I played rec when I was a kid in third grade because my mom was coaching, and she just said, “How about you come along and play?” And then I got really annoyed at having to run, so I became a goalkeeper. Then I grew up a little bit, and I started running half marathons. And that just completely baffled people. But field hockey… I feel like it’s a kind of preppy sport, and a lot of people in private schools in New England play it. So that’s where all my teammates are from, especially being at Williams.

Do you have any crazy hobbies?

I do fishkeeping, so there’s, like, four tanks in my house.

Yeah, so I have a betta fish right there behind my computer. I have a fish tank like way over there. [Points to it.] And then there’s three other tanks in my house. We set them up over quarantine, and they’re doing okay. I’ll probably take the betta with me, though, to campus. Actually, I got this betta fish because my bio lab is animal behavior, and we were doing a lab where we gave Lexapro to some betta fish and didn’t give it to some others. They’re really aggressive if you give them Lexapro, and then they chill out a little bit with Prozac.

Do you have a favorite fish type?

One other question: Your name in WSO is Anika, but you go by Carson. And I can actually sympathize with that; Grady’s my middle name. Did you just like Carson more?

No, my whole family goes by their middle names — like, me and my siblings — because my dad was in a fraternity in college, and all his frat brothers … their frat nickname was their middle name. And so he thought it was cool. And now all his kids go by their middle names. Another funny thing … my boyfriend of two and a half years — his name is Carson. And everyone thinks it’s really funny.

Did you guys ever consider, for when you’re around other people, doing “Carson one” and “Carson two” or something?

We do that! We actually do exactly that. We do “C-1” and “C-2,” or he uses the name Utah because the guy in Point Break is named Utah, and he thinks he’s really cool.