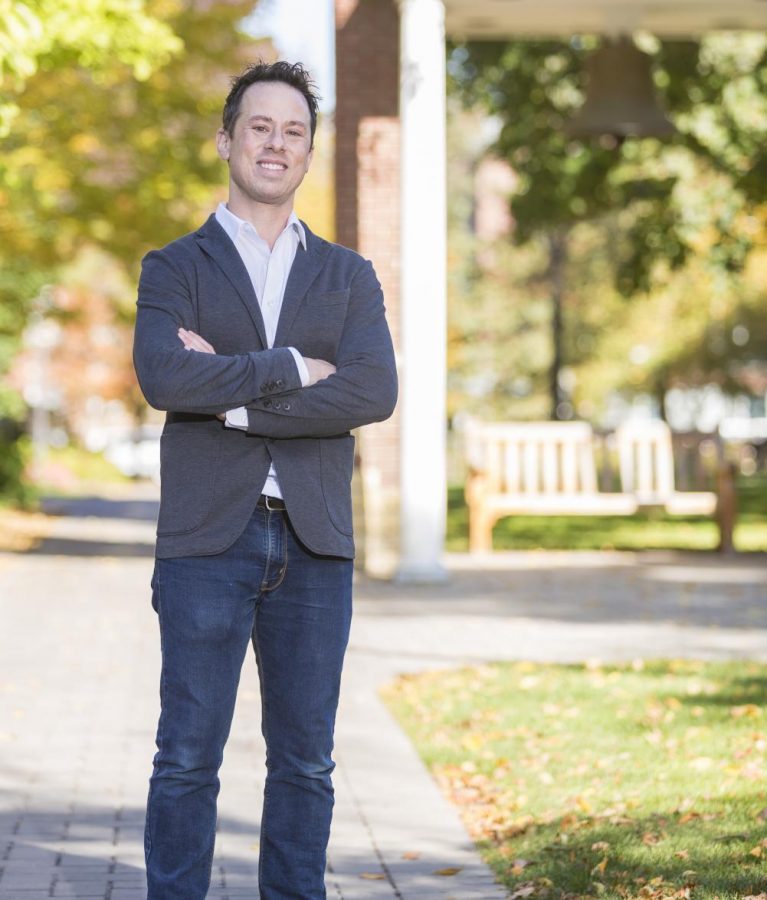 “[QSIDE] is the closest I’ve gotten to figuring out what I want to do when I grow up,” Professor of Mathematics Chad Topaz said. “I always thought that my interest in data science was one thing and my interest in social justice was a different thing. It wasn’t until a few years ago that I really started to see the ways in which they can be one thing together.”

Topaz and his colleagues at the Institute for the Quantitative Study of Inclusion, Diversity, and Equity (QSIDE) use quantitative evidence to explore cultural and social issues. QSIDE conducts its research in five main categories: criminal justice, arts and media, education equity, healthcare equity, and environmental justice.

Topaz began his higher education at Harvard, where he studied applied mathematics and indulged in his love of music. After graduating in 1996, Topaz enrolled at Northwestern University to pursue a doctorate in applied mathematics.

Topaz chose Northwestern for graduate school because he grew up in Chicago, and his viola teacher was on the music faculty there. “I had this amazing plan that I could get paid to be an applied math Ph.D. student and pursue my music career on the side, but it became clear that it was not going to be possible,” Topaz said. He realized that he needed to make a choice.

After taking a gap year to figure things out, Topaz decided to return to Northwestern and finish his doctorate. “What I realized is that [applied mathematics] is a powerful and flexible lens for trying to understand things in the world,” he said. “And for me, it’s a guilty pleasure because I’m interested in everything and so the mathematical lens allows me to indulge that interest.”

During his years in post-grad, Topaz bounced around institutions until he ended up at Williams in 2017. The same year he arrived, Topaz co-founded QSIDE. “[At QSIDE] we bring the vanguard of quantitative approaches to bear on issues of social justice in order to prompt change,” he said.

One early area of interest for Topaz and his colleagues at QSIDE was the diversity of artists represented in U.S. museums. “When [my husband and I] moved to Williamstown in 2017, a new wing was opening at MASS MoCA and there was a lot of discourse about the fact that the artists that were being shown were largely white men,” said Topaz. From talking with a friend of his who was an art scholar, Topaz learned there was an absence of quantitative data describing the lack of diversity in the art world.

As a result of that conversation, Topaz and his colleagues at QSIDE published a paper in 2019, “Diversity of artists in major U.S. museums,” which quantitatively explores the demographic diversity of artists whose works are held in the collections of 18 influential art museums in the United States.

“We sampled data [from these museums] and tried to understand the gender, race, ethnicity, nation origin, and birth year of the artists,” Topaz said. “What we inferred is that the artists were only about 12.5 percent women and 85 percent white.”

“It is really important for me to emphasize that we are not deciding people’s gender, race, or ethnicity,” Topaz clarified. “Those characteristics are only ever accurately stated by the individual themself.”

Topaz explained that QSIDE uses crowdsourcing methodology to figure out what society infers those characteristics to be. “Those inferences are important because they often prompt gatekeeping mechanisms that serve to exclude,” he said. “We want to honor people’s true identities and simultaneously recognize that perceived identity plays a role in exclusion.”

According to Topaz, QSIDE’s quantitative work has led to concrete changes. “In our study we estimated that 97 percent of the artists shown at the National Gallery of Art were white,” Topaz said. After that study was released, the gallery contacted Topaz and his colleagues and thanked them for their work. The gallery then invited the QSIDE team, along with other academic teams, to a data hackathon where the gallery provided internal data to further analyze its collection.

“Quantitative data is not the only tool to prompt change, but it is definitely an important tool,” Topaz said.

Topaz and his colleagues are continuing their quantitative research in art with a partnership with LIFEWTR, a Pepsi-owned bottled water company. “LIFEWTR contracted with my institute to do a large scale study of diversity in popular arts and culture,” Topaz said. Starting April 8, the LIFEWTR Instagram page began releasing the results from that study.

“We studied four artistic domains using similar crowdsourcing methodologies that we had developed previously,” Topaz said. “The idea was to take a broad look at what demographic diversity looks like in some key areas of American popular culture.”

One significant result posted on LIFEWTR’s Instagram was that only 0.5 percent of designers whose work was shown at the fashion weeks studied by Topaz and his colleagues were Black women, despite Black women making up an estimated 6.4 percent of the U.S. population.

Topaz and his colleagues at QSIDE are also researching the impacts of the COVID-19 pandemic on the criminal justice system. Eli Miller ’21 and Topaz worked together to study the impact of COVID-19 on incarceration in New York City. The project analyzes New York’s Mayor Bill de Blasio’s order to release inmates who were at high risk of contracting COVID-19 and low risk of reoffending. “The idea for the project was 100 percent Eli’s,” Topaz said. “It was an amazing idea. I get chills thinking about it sometimes; it was a cool and worthwhile project.”

“My favorite part [of the College] is working with students, obviously,” Topaz added, referencing his study with Miller. “When I’m able to dig into new knowledge creation and exploration, it’s the best thing ever.”