It’s time to give female athletes their due 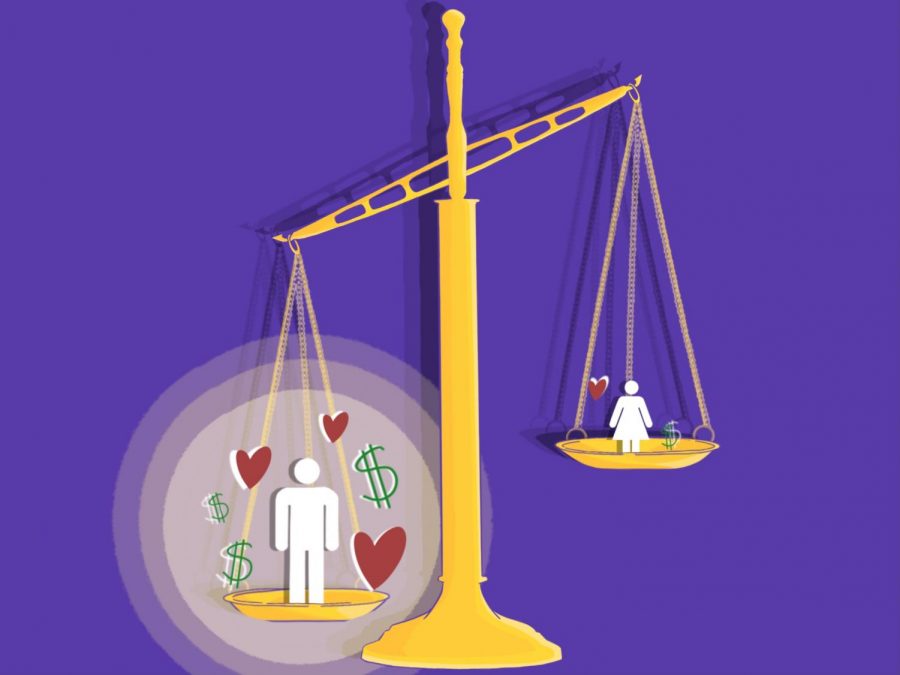 When I saw the “weight room” and the provided meals at the NCAA Women’s National Tournament in San Antonio and the comparison pictures to the men’s set-up, I was sad, frustrated, and angry, but I was definitely not surprised. Even though the NCAA has since addressed the issues within the organization of the women’s tournament, the underlying issue of gender inequality within collegiate and professional sports is just as relevant as before.

As a female athlete, I have been conditioned to accept less than my male counterparts. Less recognition, less coverage, less patience, and less support. I have learned that people only pay attention when you are successful and are quick to lose interest as soon as you are not. I have had to watch male sports teams receive unwavering support in a losing season while I played in a mostly empty gym during a league championship run.

Hearing the excuse that the NCAA only gave the women what they could afford because the women’s tournament is less profitable is hurtful because it insinuates that female collegiate athletes are only worth the money they make. This argument completely minimizes their talent and skill. It is also antithetical to the label of “amateurism” the NCAA is quick to stand behind when it comes to fighting against the movement to fairly compensate collegiate athletes. If collegiate athletes are not treated as professionals and are denied compensation for the amount of work and profit they bring to the NCAA, then they shouldn’t be treated according to the revenue they bring in.

Additionally, the argument that women are not competing at an equally elite level as men is particularly frustrating because female athletes constantly have to defend themselves against comparisons to their male counterparts when it is an unfair contrast to make. Both the men’s and women’s teams have had to make extreme sacrifices to get to the tournament, and they put in the same amount of time and effort on the way. The two groups have completely different playing styles, physiology, and athletic ability, but one is not better than the other. A true fan of sports should be able to enjoy both.

As a sports fan myself, I go on social media every day and am inundated with highlights from the NFL, NBA, WFC, and MLS while seeing no mention of their female counterparts. When there happens to be coverage recognizing a female athlete, it’s usually only on International Women’s Day or after a national championship or tournament victory. It feels performative and insincere, and any feelings of pride are usually ruined by the hurtful comments men have left underneath the post.

If people want women’s sports to be profitable and popular, they need to uplift women’s athletics. Give them the same coverage, platform, and support as male athletes. Don’t relegate them to ESPN2 or deny them the label of March Madness. If the women’s tournament makes millions of dollars despite the lack of support from the NCAA, imagine what it can do with that support.

I challenge you right now to name five current female professional athletes. Try ten. It’s a surprisingly difficult task, but the fact that you might not be able to name them does not mean they are not out there. For every LeBron James that you follow, watch and support a Sue Bird. Consciously make an effort to value female athletes and their sports as much as you do the men’s games.

This effort can start here at Williams College. When sports resume with fans in the stands, for every men’s sporting event you attend, go to a women’s match. Follow women’s athletes and their teams and celebrate their successes. Most importantly, call out inequality when you see it because, as this most recent weight room incident has shown, public outrage is effective.