One in Two Thousand: Andrew Thai ’21 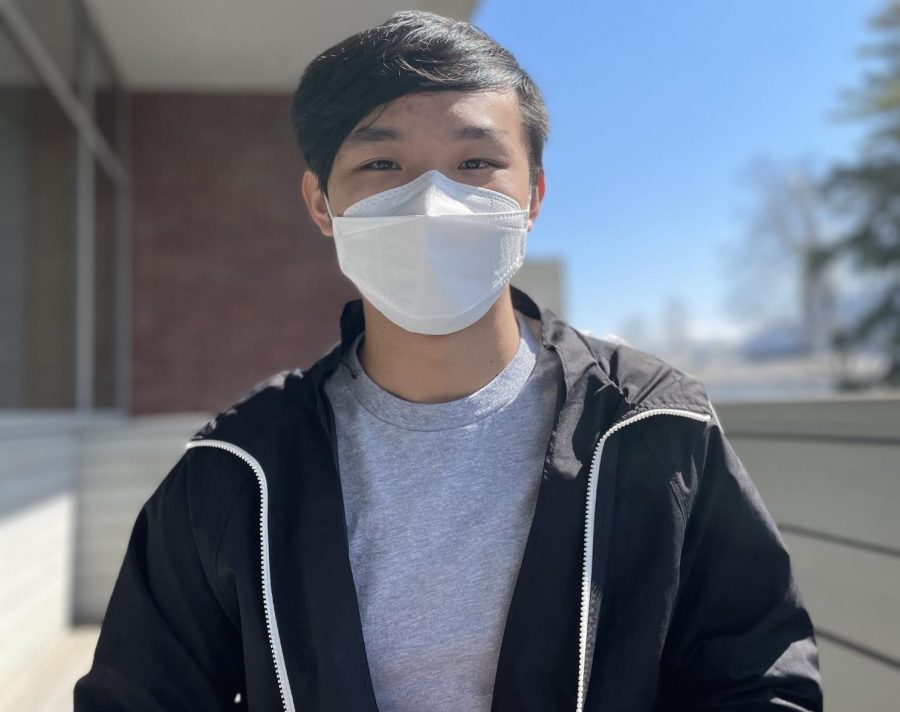 Each week, we randomly select a unix from a list of all current students at the College for our One in Two Thousand feature. As long as the owner of a selected unix is willing to be interviewed and is not a member of the Record board, that person becomes the subject of our interview. This week, the computer (using a script in R) chose Andrew Thai ’21, who talked about marimba mishaps, speaking Hungarian, and Legos. This interview has been edited for length and clarity.

We’re in the Zambezi marimba band together. Can you describe the band and what it’s been like to be a part of it for four years?

It’s chaotic in a fun way. We never really know what we’re doing until the day before the actual performance. There are times where we’re in our dress rehearsals, and Tendai [the band director] is like, “All right, we’re gonna learn a new song.” And that song turns out to be “Africa” by Toto. [Laughs.] Since nothing is written down — everything’s passed down by ear or by video — Tendai shows us what to play and parts change a lot. So, one day he’ll teach you something, but when you come back to it the next week he’ll show you something else and be like, “Why didn’t you learn it?” So, chaotic but fun.

Any funny stories from rehearsals or shows?

There’s a lot of instances where someone’s playing during a concert and they break their mallet in half, or it goes flying across the stage, and they’re just kind of standing there holding one mallet until someone picks it up and gives it back to them. And I’ve tipped over one of the marimbas before and broken it, so there’s a lasting crack on one of the tenors. We shall not talk about that. [Laughs.] It’s no big deal — it’s fixed. You still see the scars, but it’s fixed. I don’t think anyone knows it was me since I was pretty early to rehearsal that day.

Do you have a favorite song you’ve arranged?

I think the best one was “Despacito” in freshman year. That one was the arrangement that was the most fully developed out of all of them. “Another Day of Sun” was fun, but I got lazy when I was doing it. I have a bunch of other arrangements that I haven’t shown anyone.

What goes into arranging a song on your end?

I listen to the song a lot. I look at what other people have done, like piano arrangements. One thing is, the marimbas don’t have any long notes, so you’ve got to figure out what actually works on the marimba, compared to voices singing something. Those really long notes that are just held — you can’t do that on a marimba. So a big part of it is, before you can even start arranging it, to decide if this song is even something that can work on these instruments we’re using. That’s how I ended up on “Despacito.”

If you could listen to only one more song for the rest of your life, what would it be?

Do you know Jacob Collier?

I think I’ve heard the name.

He’s this English musician that has something like five Grammys at this point. He does a lot of acapella arrangements, and he has this song called “Moon River” that he also won a Grammy for. It’s just very satisfying to listen to.

I feel like, normally, when I ask people about music, “satisfying” is not often the word that they use to describe it.

The way he puts his music together, there’s a lot of things to listen out for. He’s very good at music theory. He does microtonal stuff, and it’s very complex. Each time you listen to it, you hear something new. Just the way everything comes together, I think the best word for it is “satisfying.”

I know you’re also taking trombone lessons remotely right now. What is the most interesting noise you can make on the trombone?

One thing I used to really like to do back in high school is you can make kind of like engine noises with it. If you know how to roll your “R”s, and you do that while you’re playing, you get like a [rolls “R”s] kind of sound. And then if you move the slide in, it makes an increase in pitch, so it sounds like an engine revving up.

That was actually a way more specific answer than I was hoping for.

I know you have very fond memories of marching band. Is there a specific memory that you think of?

This was junior year. It was our last parade of the year at Laguna Beach — we do the Patriots’ Day parade there in March. The way band competitions work is there are different categories depending on the size of the band, whether it’s a high school band or a middle school band. So you get awards depending on the category, and then there’s the sweepstakes award, or the best overall out of all the categories. Middle schools typically win the sweepstakes [since] they always nail the music part, because their stuff is relatively simpler. But that year, we won the sweepstakes. So we were a bunch of high schoolers telling the middle schoolers to get good. [Laughs.] It was a good time.

Moving from high school to college, as a second semester senior now, what’s your favorite memory looking back on freshman year?

I had a lot of friends in a different entry, so we would do sleepovers in the entry common room. We’d move all the couches together in some formation and just hang out until the deep depths of the night. We’d all lay there, talk, have fun.

Is there anything that you wish you could redo or do over at Williams?

I guess I’d probably hang out in my own entry more. But other than that, I’m pretty satisfied.

You just had a perfect tenure while you were at Williams.

Yes, everything went as planned. I guess I never planned to go abroad. It was on a whim. So I went abroad last spring, when the pandemic happened, so I only got a month and a half in Budapest. I’m glad I still went. I made a lot of good friends that I still talk to today. It was a fun experience, even though we didn’t get to do everything we wanted to do. I was in Milan when the outbreak started. It was kind of stressful. At one point in Milan, they just had the military watching everything with their rifles out. We still did some touristy stuff.

You had to take basic Hungarian for Budapest, right?

What does it mean?

“Unfortunately.” [Laughs.] I say it a lot. Hungarian’s a fun language. A lot of people say it’s really hard because it doesn’t have any direct relatives like the Romance languages, but there’s a lot of freedom with the structure of your sentences. You can easily move words around in a sentence and they’ll still be grammatically correct.

If there was another language that you could learn instantly, what would it be?

Chinese. For fun. Actually, no, I think I would learn Chinese just for practical reasons. But it’s a hard language!

It is really hard, but I know you already know how to pronounce things.

Yes, but those are just the basics. Isn’t it a thing where if you grow up hearing these sounds, then you’ll be able to do them, but if you don’t then it’s harder to produce them? I guess I grew up hearing all these different sounds, so it’s easier for me to know how to pronounce them right.

What did you grow up hearing?

I speak a smaller dialect of Chinese called Teochew or Chiuchow, and I also grew up watching Hong Kong dramas, which were in Cantonese, but I always had English subtitles.

Do you have a dream job?

Growing up, I always wanted to be an engineer. I guess I’m going to be a software engineer. [Laughs.] It just seemed fun, building things.

Were you a Lego kid?

I was a Lego kid, yeah, huge Lego kid.

What’s your favorite thing you’ve made out of Legos?

I feel like I’ve gotten more uncreative over the years, and now I just build the sets following the instructions. It’s been a while since I bought some Legos, but I feel like I should. Maybe one day I’ll buy another set.