The perks and perils of sharing a name 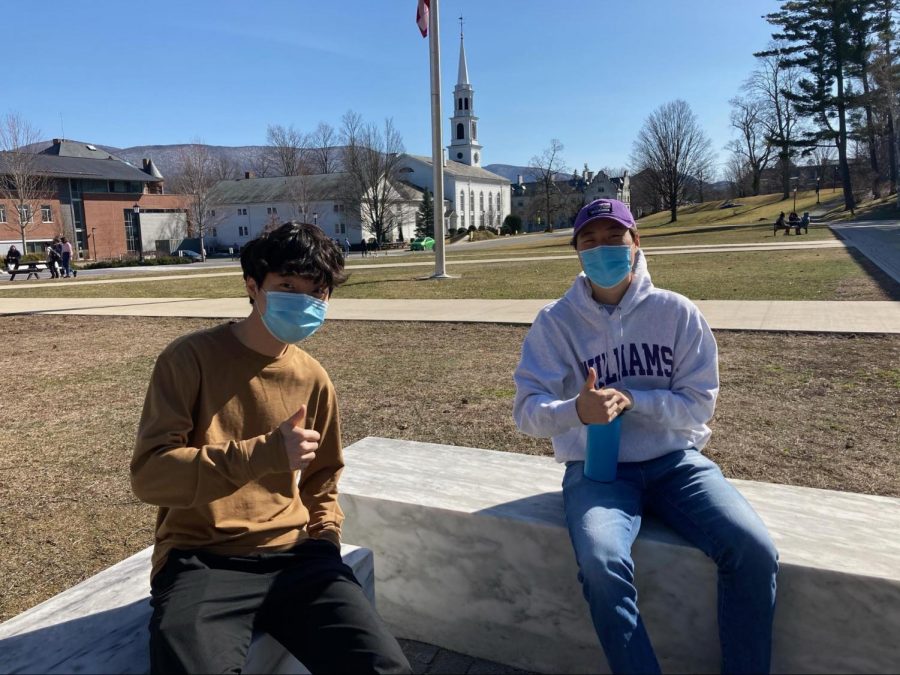 For three glorious years at the College, I, Joey Fox ’21, got to be unique just like everybody else.

I was first alerted to Joe’s existence last July, when a friend who was surfing through a list of incoming first-year students (don’t ask me why) stumbled upon a name that looked rather familiar. “Did we discuss that there will be a frosh with the same name as you?” she texted me. “Including the middle initial. I am so excited for this.”

At her insistence, I sent Joe an email that day welcoming him to Williams and warning him about the potential mix-ups that lay ahead. He responded, and as we got to talking, we realized just how much in common we seemed to have.

He was assigned to live in the section of Sage 3-4 formerly known as Sage C, which three years ago was my entry. His unix, jmf9, matches up almost exactly with mine, jmf5. In fact, the “M” in our unixes stands for nearly the same name: “Michael” for him, “Mickle” for me.

“I feel like the fact that we have almost the same middle name is one of the most confusing aspects,” Joe told me recently over Whitmans’ chicken nuggets. “Because it’s one thing to have another Joseph M. Fox, but like Mickle versus Michael — that’s just confusing. I don’t understand what the odds of that are.”

Once Joe arrived on campus, the true confusion began. Joe has received several emails intended for me, though I have yet to get anything meant for him. One of my first trips to the COVID testing center involved telling the nice man working the station that, no, I wasn’t born in 2002; that’s the other Joe Fox. There have been some in-person snafus, too, when someone calls out one of our names and the other instinctively turns around.

But nothing has been more chaotic than the mail. Last October, the mailroom mistakenly gave me Joe’s birthday present, which I unreflectively opened before recalling that my birthday was in June and sheepishly returning the present to Joe. There have been multiple other instances in which the mailroom has contacted us about a package addressed ambiguously to “Joe Fox.”

“The funniest and the strangest [thing has been] the mailroom’s problem with us,” Joe told me. “They’ll email both of us and be like, ‘We have a package for one of you.’ And then we’ll have to just have this weird back and forth. Like, ‘Is it yours?’ ‘Is it yours?’ We don’t really know.”

As it turns out, Joe and I are not unique in our experience. By my count, there are at least three other sets of name twins among students currently at the College, and if you include faculty, staff, and recent alums, that number grows higher.

One such pair is Emily Zheng ’20 and Emily Zheng ’21. Like Joe and me, the Emilys Zheng faced many mishaps during their shared time at the College, including one eerily relatable instance in which Emily ’21 accidentally opened Emily ’20’s birthday present. “The day of [Emily ’20’s] birthday,” Emily ’21 said, “everybody in my entry was like ‘Happy birthday, have a great day!’”

Although Emily ’20 has since graduated, the confusion has continued. “To this day, I still get emails … and they’re always about tennis stuff,” Emily ’21 said. “People think that I’m, like, a tennis legend, and they’re always inviting [Emily ’20] to some super academy to be a coach or whatever. I need to start forwarding them to her, but a lot of them lowkey seem like scams.”

In fact, at the same moment as I was emailing the Emilys about setting up a Zoom call, Emily ’20 received yet another mistaken email about an opportunity for the College’s gospel choir. “[The email said], ‘Forward this to the gospel choir,’” Emily ’20 said. “I was like, ‘No, but I can connect you with the person who can.’”

Then there’s Li Yu ’20 and Professor of Chinese Li Yu, who overlapped during the younger Li’s entire time at the College. Like the other name twins, Li and Professor Yu frequently get each other’s emails — but since the latter is a professor, the stakes are often higher.

“I believe [Li] has received and is still receiving (even though they have already graduated) interesting things (some were confidential communications from various College offices to me) meant for me,” Professor Yu wrote in an email to me. “I kept reminding various offices at the College to please double check if they have sent these confidential communications to the right Li Yu… But still, the same problem persisted.”

“There were times where the possibility of identity theft came up to me,” Li said. “Like, you know, maybe I could open up a lot of academic possibilities for myself if I were to pretend I was this professor at Williams College. But the opportunity never came up, and I knew better of it.”

Arguably no pair has it worse, however, than Alex J. Kim ’24 and Alex J. Kim ’24, who can’t distinguish between each other via class year or middle initial. Although one of their friends apparently wanted to call one “Tall Alex” and the other “Short Alex,” they told me they’d prefer “Willy Alex” and “Sage Alex.” (I feel obliged to note that Willy Alex is not particularly short, but Sage Alex is tall enough that most other Alexes would be short by comparison.)

“At the very start of the first semester, … I actually got the invite to join his entry group, which is Sage, and I’m in Willy,” Willy Alex said. “So I went into that group chat and I pretended to be him for, like, five minutes before I was outed.”

“Unfortunately, what happened was, I got added [to the GroupMe] after he did, so my username was Alex Kim 2,” Sage Alex lamented. “And now it’s just like that forever.”

COVID tests have also been an area of difficulty. “When I get COVID tested, after I show them my card, I have to tell them my birthday so they can differentiate,” Willy Alex said. “We really need to find a way to find a way to make identification easier for everyone before this happens for the next three years.”

The phenomenon of matching names is also not a new one, as Mike Coyne ’87 and Mike Coyne ’89 can attest. But as far as both Mikes can remember, they never ran into much trouble because of it.

“Even though Williams is such a small community, I don’t think I ever met the other Michael Coyne (and didn’t know very much about him),” Mike ’89 told me via email. “So it was always a little strange knowing that there was someone around campus with the same name as me who I never saw (my shadowy doppelganger!).”

“To be honest, I knew there was another Michael Coyne but I don’t think anything noteworthy ever came up as a result,” Mike ’87 agreed. “Maybe some mixed-up mail in Baxter Hall.”

Overall, despite the confusion and difficulties, nearly every pair I spoke to said they were happy to share their names.

“It made [my experience here] a bit more exciting,” Sage Alex said. “I got to meet [Willy Alex] in the first two weeks, and then there’s an additional dynamic when people think about us — it’s like, ‘Oh, the two Alexes.’ That’s kind of a fun factor.”

Professor Yu, meanwhile, said that she was thankful for the chance to meet Li through their similar names. “I’m glad that I got to know them because of all the ‘mixed-up emails,’” she said.

As for Joe, he said he’s looking forward to being the only one of us left after this year. “I feel like I need to establish myself,” he said. “Once you’re gone, I am the Joe Fox on campus.”