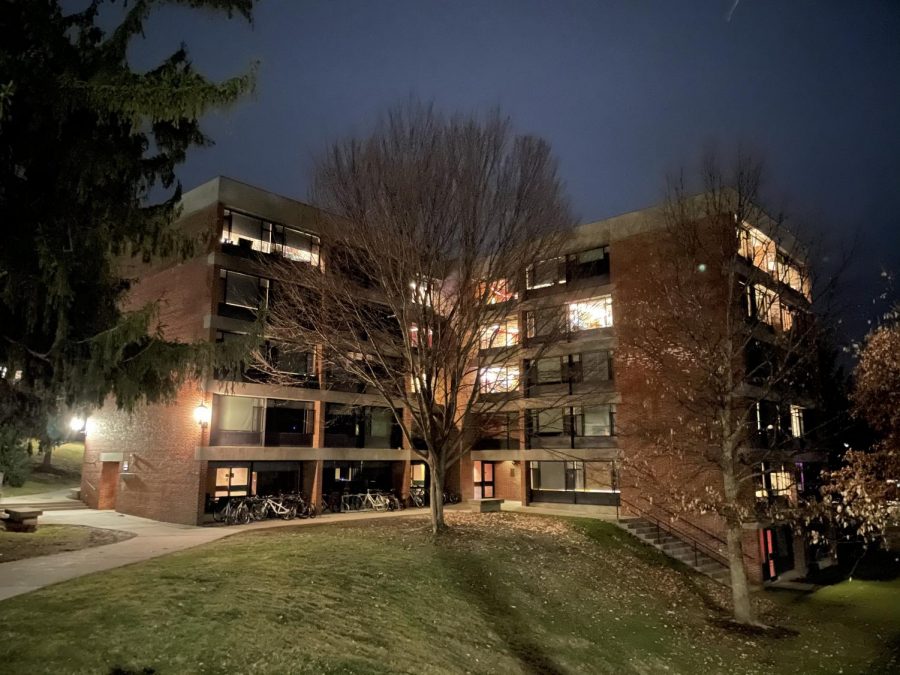 At least two of the three students who received positive test results today were at a Saturday-night gathering at Gladden that has already been linked to two other cases. (Kevin Yang/The Williams Record)

All three had otherwise been in contact with people who recently tested positive, Chief Communications Officer Jim Reische told the Record, so it is unclear whether Gladden was the site of transmission. The three students who received positive test results today had been in either quarantine or self-isolation since Sunday afternoon.

These cases come days after three students and one faculty or staff member, all of whom are involved in the same student group — which the Record can now confirm is a men’s varsity sports team — tested positive. Two students among the original four-case cluster on the men’s team attended an indoor party of an estimated 20–25 people at Gladden House on Saturday night, which two of the students who received positive test results today also attended.

Of the three positives reported today, one is on the men’s team that is linked to the original cluster of four cases, and two are on the women’s team for the same sport. The men’s and women’s teams have not been practicing together.

The Record has verified the team affiliations of the COVID-positive students based on email communications sent to both teams and interviews with students who have direct knowledge of the teams.

According to a student with direct knowledge of the team’s activities, the men’s team last had practice indoors on March 17 and an optional indoor training session on March 19. The student said that only a small number of team members went to the optional training session.

All students on the men’s team were told to self-isolate in their rooms beginning Sunday afternoon. According to an email sent to the women’s team and reviewed by the Record, only women’s team members with exposure to COVID-positive students have been told to quarantine or self-isolate. On instructions from Director of Medical Services Deb Flynn today, the women’s team has paused practices indefinitely, according to the same email.

The two women’s team members who just tested positive began self-isolating in their rooms on Sunday, tested negative on Monday, and moved to quarantine housing on Tuesday before receiving positive results today, the same email said.

Flynn said the College is using both rapid antigen testing and PCR testing for quarantined students who develop COVID symptoms. “If the results are negative and the student remains symptomatic or develops new symptoms then we’re doing serial testing [testing multiple times within a few days],” Flynn said. “This isn’t for all students in quarantine — only symptomatic ones.”

Nine students are currently in isolation housing, and 55 are in quarantine, Reische said.