2 students among the 4 cases attended indoor gathering on Saturday 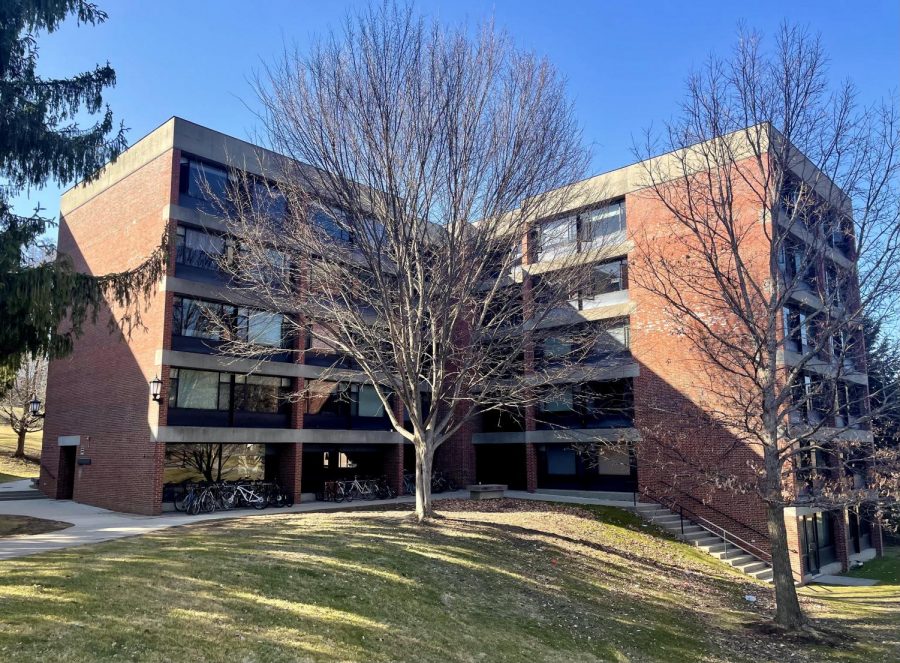 Two students have tested positive for COVID-19 after attending an indoor gathering at Gladden House on Saturday night, Dean of the College Marlene Sandstrom confirmed to the Record today.

The two COVID-positive students who attended the gathering — along with another student who did not attend the gathering, as well as a faculty or staff member — are part of a larger cluster of four cases reported in the last week. The Record has confirmed that the three students and the faculty or staff member are involved in the same student group, and Sandstrom said on Monday night that the cases “could potentially be evidence of community spread.”

Two additional students who are apparently not connected to the cluster of four cases have also tested positive in the last week.

In an email to the College community tonight, Sandstrom and President Maud S. Mandel acknowledged the Gladden gathering and said that 12 students have contacted the Health Center about their attendance and have been granted medical amnesty. Only “a few” of those 12 have been moved into quarantine as close contacts of the two students, they wrote.

“We are engaging in contact tracing, and all close contacts are entering quarantine,” Sandstrom wrote to the Record on Monday when only three cases were known. “We are also in contact with the larger group that the 3 cases have in common to have them all self-isolate and test tomorrow. Note that these are individuals who were NOT identified as close contacts.”

Mandel and Sandstrom’s email put the number of attendees of the Gladden gathering at 20–25. Two students who were at the Gladden gathering also said that an estimated 20–25 students were present when they were there. Both students, neither of whom has tested positive, are referred to by pseudonyms and gender-neutral pronouns in this article. Sandstrom noted that the College has not yet determined whether the gathering was “illicit,” as the investigation into the event is still underway.

According to one of the two students, “Blake,” the gathering took place in multiple common rooms and across two floors in Gladden, and most of the students who went to the party live in Gladden. Blake said most students were wearing masks and took them off only to drink. However, the other student, “Skyler,” who said they were briefly at the gathering, said that the majority of attendees did not have masks on.

The College’s public health guidelines limit all social gatherings to 10 people and require students to abide by room capacity limits that allow for six feet of distance between all present. While several other gatherings also occurred on Saturday night, the gathering at Gladden appears to have been the only event attended by students who tested positive soon afterward.

“The problem is the positive [case],” Blake said. “But gatherings like that are literally happening in every dorm every weekend so far. This isn’t an outlier.”

Campus Safety and Security (CSS) is conducting an investigation into the gathering at Gladden, but the College’s response will differ from how it addressed the Wood House party, in part due to the involvement of a COVID-positive student.

“Students who get in touch with the Health Center directly to ask about whether or not they’re close contacts fall under our medical amnesty policy,” Sandstrom said. “In order for us to have a process where students feel comfortable with the contact tracing process, we have to make sure they understand that sharing information with the Health Center is not going to get them in trouble in any way.”

In the case of the Wood House gathering, the College did not offer medical amnesty for students coming forward about their involvement, since there was apparently no COVID case related to the incident.

Not all of the students who told the Health Center that they were at the Gladden gathering were deemed close contacts and placed in quarantine, Sandstrom said. To be deemed close contacts, two people must have been within six feet of each other for a cumulative period of at least 15 minutes in a 24-hour time frame within 48 hours of the positive test result.

As of Monday afternoon, 24 additional students had moved to quarantine in Dodd House as a result of the four-person cluster: 11 from the case reported on Sunday and 13 from the Monday case. These figures do not yet include close contacts of the student who received a positive test result today. The email from Mandel and Sandstrom tonight said 59 total students entered quarantine over the last week, some of whom were close contacts with COVID-positive students not associated with the four-person cluster.

Separately from the Health Center’s contact tracing, CSS will continue to approach students that it suspects of involvement in the Gladden gathering, Sandstrom said. “Depending on what they find out about what was happening there, how many were people in the space, masked or unmasked, etc., then we’ll make a determination about whether there were egregious violations,” she said.

Sandstrom also said that the College used WiFi data in its investigation of the Wood party, “as we wanted to make sure that there weren’t others that had behaved in an egregious way that we needed to respond to [after most students came forward].” However, she said that it was “unlikely” the College would use WiFi data in its investigation into the Gladden gathering, based on the fact that Gladden’s close proximity to several other buildings would produce “messy data.”

The Wood party also occurred before students were permitted to enter residential buildings other than their own, which Sandstrom said made violations of the College’s public health guidelines easier to distinguish.

The College entered Phase II of its campus reopening plan on March 15, allowing students to socialize with non-podmates indoors and enter other residential spaces while masked and socially distanced. According to Mandel and Sandstrom’s email, if the College identifies “further community spread,” the administration may invoke temporary preventative measures, including “limiting or canceling access to the Route 2 corridor, or moving all classes to remote for a specified period of time and limiting or pausing in-person co-curricular activities.”

This is a developing story. The Record will continue to report on possible community spread resulting from the Gladden gathering and the cluster of cases. Those with information are encouraged to contact the Record through its anonymous tip form or by emailing [email protected] The Record will not divulge your name without your consent.