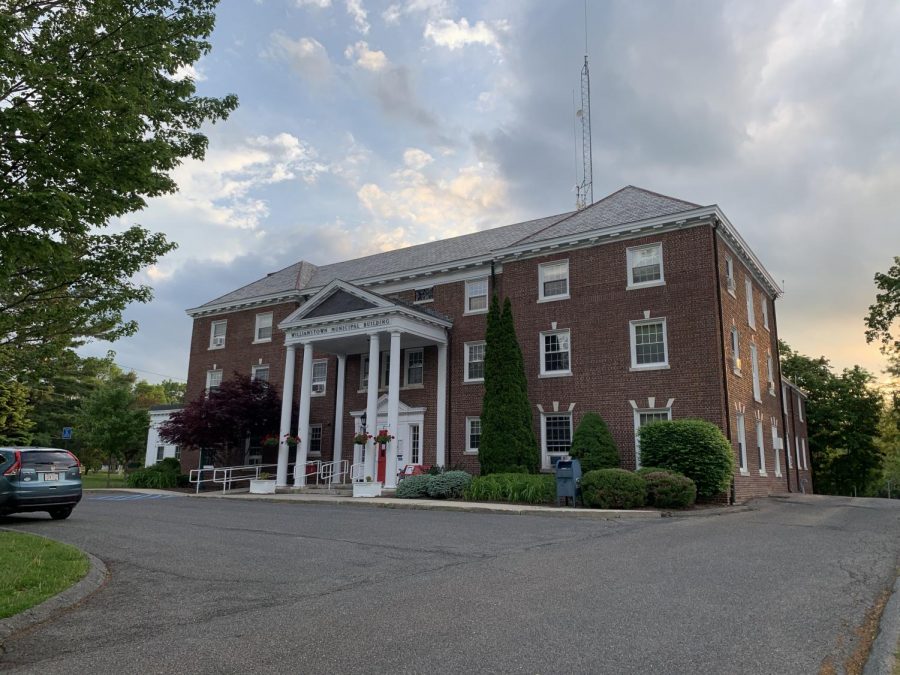 As part of its expanding coverage of Town news, the Record will report regularly on the Williamstown Select Board’s meetings with meeting summaries every two weeks. Suggestions and questions about our coverage can be sent to [email protected] and [email protected].

At the Williamstown Select Board’s March 8 meeting, Select Board Chair Jane Patton announced that two recent complaints have been “brought up” in the Williamstown Police Department (WPD). While Patton later confirmed to the Record that one complaint was about Sgt. Scott McGowan — who was put on paid leave last week because of an employee complaint — she said at the meeting that she could not comment further on the second complaint. On Friday, however, it emerged that three WPD officers had illegally searched the names of vocal critics of the department in the Registry of Motor Vehicles (RMV) records, which may be related to the second complaint.

“One of [the complaints] was immediately investigated and resulted in disciplinary action, and it’s still under investigation,” Patton said at the Select Board meeting. She also mentioned the complaint against McGowan, although not by name: “Another complaint [was] brought to light, and the officer is currently on admin[istrative] leave.” She confirmed in an email exchange with the Record that this officer was McGowan.

The lawsuit sparked public furor against the WPD and eventually led to the resignation of Johnson on Dec. 14. McGowan withdrew his lawsuit the following day. On March 5, The Berkshire Eagle reported that Hoch had directed Acting Chief Michael Ziemba to put McGowan on leave for a “personnel matter.”

It is possible that the second complaint pertains to the recent revelation, first broken by WAMC, that three WPD officers illegally searched the names of 20 critics of the department in the RMV using the Criminal Justice Information System (CJIS). The searches occurred in the fall, before Johnson’s resignation, Ziemba told the Record. Patton has not responded to the Record’s request to confirm whether the second complaint has to do with these searches.

Also at Monday’s meeting, the board chose a firm to begin the search process for a permanent town manager, board member Anne O’Connor ’86 gave an update on the hiring process for an interim WPD chief, and board member Jeffrey Thomas raised the possibility of compensating future Select Board members.

The Select Board chose the consulting company GovHR to conduct the hiring process for the permanent replacement for Hoch, who announced on Feb. 19 that he would resign within 60 days.

Before April 20 — Hoch’s self-imposed deadline for his departure —  the board will choose an interim town manager, a process that is already underway. The applicant pool for the interim search is limited to a small pool of applicants, according to Select Board member Andy Hogeland ’76, since the position will last only a few months.

Finding Hoch’s permanent successor, however, will entail a more involved search. Hogeland presented a document comparing three different hiring firms for this task: Community Paradigm Associates, MRINetwork, and GovHR. At a cost of $17,000 for a town manager search, GovHR is more expensive than Community Paradigm or MRI, which would cost $12,000 and $14,500 respectively.

While the three firms proposed similar processes — and all three firms came with Hoch’s stamp of approval — board members singled out GovHR for offering to conduct the most extensive vetting before proposing candidates to the Select Board.

“I think my view is you may have fewer blind alleys, because [GovHR] will pay more attention before you even get the names,” Hogeland said.

With Patton proposing the motion, the Select Board unanimously voted to retain GovHR’s services for the town manager search.

Although GovHR will be taking charge in the search, several members also emphasized the importance of input from Town staff and from the local community. The board should solicit volunteers to be on the search committee, Hogeland said. For the interim search, he suggested having community members submit to the Select Board the questions they have for applicants.

Town resident Arlene Kirsch, who said she has “a lot of experience recruiting people of color to positions that have traditionally been held only by white people,” stressed that GovHR should take extra steps to make sure the applicant pool is a diverse one.

“I think that we need to take extra steps to make sure that we as a town are doing due diligence to capture all the best candidates that are out there — all of them,” she said.

The Town has assembled a committee of volunteers who will advise the town manager in hiring an interim WPD chief. Twenty-two community members submitted letters of interest for positions on the committee, and O’Connor, with help from Hoch, selected eight volunteers from this pool.

“These eight were selected as far as possible to reflect diversity and a range of voices in the community,” O’Connor said.

At its first meeting, O’Connor said, the advisory committee will discuss its goals for the interim police chief’s role and review the job description before it gets posted.

“This is intended to be a fairly abbreviated process,” O’Connor said. “This is not the approach that we would use for the permanent police chief search. This is really just a plan that hopefully will be nimble enough to help us find someone in a relatively short amount of time.”

Hoch faced criticism at the Feb. 8 Select Board meeting for beginning the search for an interim chief without first assembling an advisory committee. He responded that there hadn’t been enough interest, as he had received only one inquiry of “light interest” in serving on an advisory committee. Community members replied that Hoch hadn’t sufficiently publicized the opportunity to join the committee.

Thomas recommends Select Board stipend; response from other members is lukewarm

Thomas proposed a $3,500 annual stipend to members of the Select Board and a $5,000 annual stipend for the chair of the board, adjusted annually to reflect changes in the cost of living in Williamstown.

Thomas expressed hope that the stipend would make serving on the Select Board more accessible. “Why do I think this is important? One reason and one reason only: to broaden the range of community members who can consider serving on this board,” he said.

Thomas presented the board with data on the stipends of Berkshire towns with town-manager-based local governments, which is the system in Williamstown. All but two, Lenox and Williamstown, provide annual stipends to board members. Three of the towns in the presentation — Great Barrington, Lenox, and Williamstown — have “strong town manager” forms of government, which assigns the town manager with several functions of government that other towns instead vest in the Select Board.

Thomas’ proposal of $3,500 is “middle of the road” compared to other towns’ stipends, he said. The additional $1,500 for the chair would reflect the additional time commitment.

If adopted, the stipend would not affect any board members serving in their current terms, as it would go into effect for board members elected or appointed in the future. “None of the current board members would be eligible for the stipend unless they sought reelection and were reelected,” Thomas said.

In January, Thomas announced he would not run for reelection to the board. He told iBerkshires that he made this decision because of his professional responsibilities at Lever, the North Adams-based nonprofit that he leads, and the expanding obligations of serving on the Select Board. O’Connor has also announced that she will not seek reelection.

Select Board elections will occur in May. At the time of publication, at least two residents have declared their candidacy for O’Connor’s seat, a three-year position, and at least one has declared for Thomas’ seat, a one-year position.

Other members of the board expressed hesitancy towards stipends for Select Board members. “[Serving on the Select Board] is sort of a public service thing — this is like serving on a board of a nonprofit… I think there’s these things you do for your community,” Hogeland said. “I’m happy to have the town debate, as I’m not enamored by doing this, but we’ll see what other minds think about it.”

Select Board member Hugh Daley suggested bringing the proposal to the town meeting later this year. “I’m not positive that what keeps people [from serving] is the financial side of it, but I’m absolutely willing to bring it to the town and let the town make that decision,” he said.

“I serve because I feel like I have a duty to serve, and other people may be called to it that way, but there are times when arguably you couldn’t pay somebody enough to do this job,” he added.

O’Connor expressed support for the idea, noting the large time commitment required of Select Board members. “Select Board is easily getting up to be a part-time job for me, and I actually have three jobs already,” she said.

The board ultimately did not make a decision on whether to provide stipends for future members.

Nancy Nylen and Stephanie Boyd of the CO2 Lowering (COOL) committee gave a presentation on their target of carbon neutrality in Williamstown by 2050. Their goal is part of Massachusetts’ recent Commonwealth-wide initiative of becoming carbon neutral by the same year. They said the Town should devise a plan for lowering its carbon footprint — with a focus on transportation, the heating and cooling of buildings, and waste management — and begin implementing it by 2023.

Thomas, along with Boyd and Andrew Groff of the Planning Board, discussed a recent change to Commonwealth housing law. Under a law signed by Gov. Charlie Baker on Feb. 9, municipalities can now relax certain zoning laws with a simple majority in favor rather than a two-thirds supermajority. This law could lead to more affordable housing in Williamstown, Thomas said.